We are devastated to share with you the sudden passing of Brian on Sunday, December 13, 2020 at the University of Alberta Hospital from the complications arising from Parkinson’s disease at the age of 59.

Brian was born in Edmonton to Donald and Margaret as their youngest child. He grew up and lived in Sherwood Park for much of his life. As the youngest of four, he got away with plenty and was nicknamed Baby Sam. Upon entering Grade 6, he requested that we stop calling him “Baby Sam” in front of his friends. Who knew that he would later name his first child Sam AKA Samantha?

As a child, his family spent many summers at Lake Wabamun at his grandfather Johnny Farrugia’s cabin. He enjoyed fishing and became an expert water-skier.

Brian honed his amazing golfing and tennis skills at the Broadmoor Golf Course in Sherwood Park with his best friend Charles Blue. Many nightly secret adventures were carried out by the pair involving the golf course and their muscle cars.

In the winter, Brian and Doug enjoyed numerous ski trips to Whitefish, Montana with their dad in his motorhome. This was a special time of just the “boys” going on an adventure.

His admiration and knowledge of Maui, Hawai’i was spurred from family vacations there as a child and teenager. He made sure that his family would have similar fond memories of the Hawaiian Islands, often including his in-laws who delighted in these trips.

After high school, Brian enrolled in the Engineering Department at the University of Alberta in 1981. However, he after a couple of years in Engineering found his niche in Computer Science. He was always on the leading edge with the latest and greatest computer languages along with the best technology money could buy. He predicted in 1984 that every home would have their own personal computer in the near future.

Brian had recently left home and was preparing for bachelorhood the exact same weekend he met Denise. Having just returned from Honolulu with his good friend John Stephenson, Brian was very tanned, tall and good-looking. Denise had also been to Honolulu earlier that same year, but Brian was convinced that he had had a much better time because he had an extra week in Honolulu as they had missed their flight. Brian and Denise met at Anthony’s (a bar/dance place) and hit it off immediately. He eventually gave her his name and phone number on a teeny piece of paper. Denise thought for certain his surname was fake until she looked it up in the white pages of the phone book. It was meant to be.

Brian and Denise married in 1985, a year prior to his graduation from the U of A where he obtained a Computer Sciences degree with a major in Math and a minor in Psychology.

They took that student loan money and made the most of it by going away on a honeymoon to Disneyland in California where he terrified Denise on every single roller coaster. Over the years they enjoyed trips to Jasper, Banff, Lake Louise, the Shuswap, Penticton, Expo ‘86 in Vancouver, along with Kaua’i and Maui where he truly felt at home.

After graduating in 1986, he soon became employed by Canadian Utilities, ATCO, and IBM. Later, he developed his own company, DB Solutions, and did contract work including with Medline outside of Chicago. He was one of very few people in the industry who easily mastered a wide variety of computer languages. He was very much respected and sought out for designing and building large scale multi-million-dollar systems for utility companies.

Brian and Denise purchased their first home in Sherwood Park where he built the most amazing “pull away” cedar deck with his Dad and later, a garage from scratch. Brian could do anything he put his mind to. As a teenager he bought a ‘68 Pontiac Firebird and restored it completely from the frame up.

Three years later in 1991, life changed with the arrival of twin girls, Samantha and Stephanie. He was so proud that he could provide for the family while Denise stayed home with them. Faced with the fear that they might have another set of twins, Brian and Denise waited 6 years to welcome the arrival of Serena, nine months after a trip to Maui.

Life was now packed with bike rides to parks, ice cream stands, video stores, local markets, convenience stores, and fairs. He encouraged and cheered his daughters on at anything they wanted to try. This included swimming, softball, sewing, figure skating, curling, cheerleading, horseback riding, and part time jobs to help them build more independent skills. Summers were spent on the lakes in Penticton, Kimberley and by far everyone’s favourite: Kalamalka Lake in B.C. Brian even made sure there was a trip to Idaho that included a stop in Montana to visit his Dad’s cousin.

Brian took pride in his newly built family home in the Estates of Sherwood Park. From landscaping the backyard, building a deck and a purple martin birdhouse, a skating rink, and putting in a cistern tank to collect rainwater for the sprinkler system he built – life was good. The girls enjoyed many days playing outside with their new neighbors, and Brian and Denise hosted many parties. Unfortunately, life took a turn in 2005 when Brian began experiencing a tremor in his right hand. Sadly, he was diagnosed with Early onset Parkinson’s disease at the age of 43.

In 2003, Brian started a business (Infinity Geothermal) with long time university engineering friend, Gerry Gobeil. Eventually as his disease worsened, he had to give up work late in 2009.

Their last move to an acreage outside of Sherwood Park gave Brian the garage of his dreams spacious enough to work on multiple vintage cars at a time, wide-open spaces for outdoor wiener roasts, and space to tend his orchard of fruit often shared with local deer much to his dismay.

Brian was a brilliant forward-thinking mind gone far too soon.

Thank you to the medical professionals at the U of A Emergency Department, the exceptional staff in 4A4 at the U of A Hospital, STARS Air Ambulance; and the first on the scene, Strathcona County Fire and EMS.

In lieu of flowers, please consider donating in memoriam to:

By mail or in-person to: 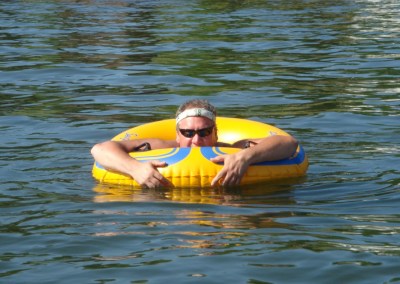 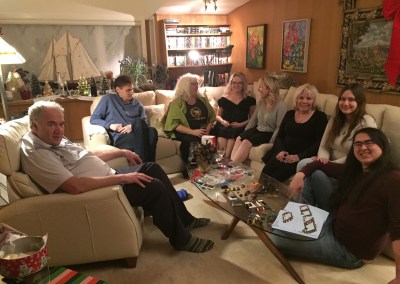 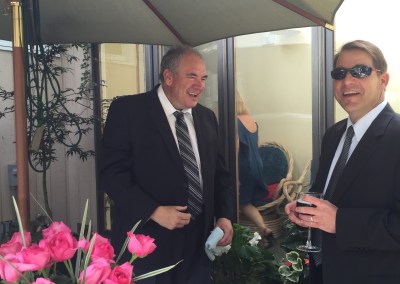 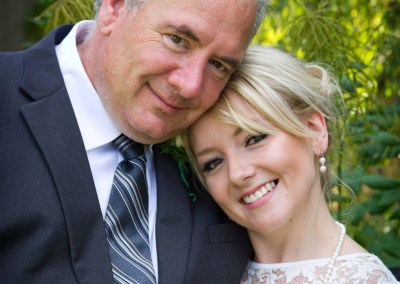