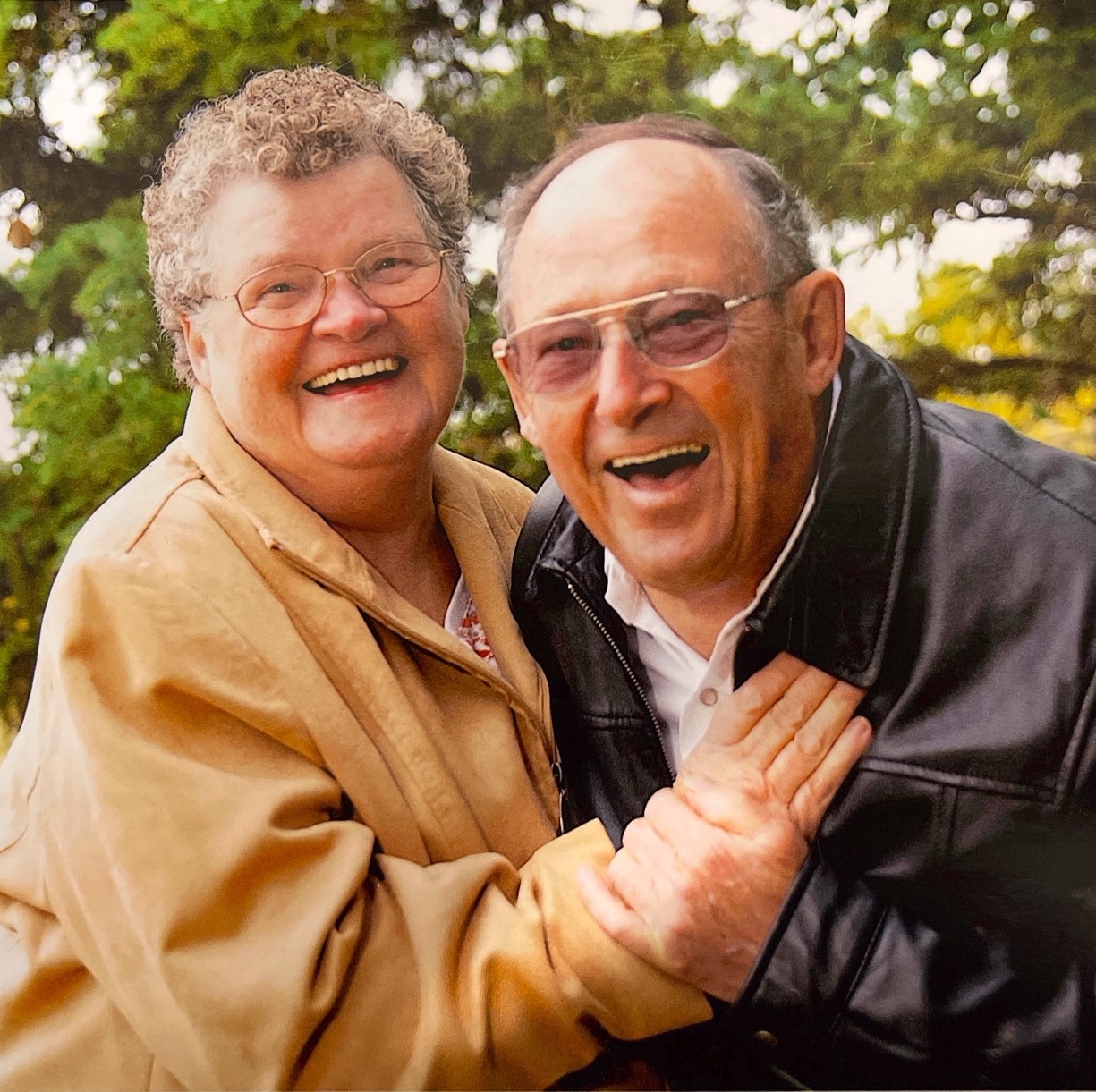 Born on October 2nd, 1938, Winnie was the fourth child of William (Bill) and Edna Ferguson of Vermillion, Alberta. As well as being the fourth child she was also the fourth of five granddaughters and one son born to the Ferguson family. The others are named Elsie, Isabel, Joan, Diana and William (Billy). The family farm was located six miles north of town. The four oldest girls attended a school in the country until 1946. This school was called Poplar Heights and consisted of one room where grades one to nine were taught. In the fall of 1946, the school was closed due to lack of a teacher. A school bus and driver were made available by the school board and the children of the district were transported to school in Vermillion. This was a big change for Winnie and the other children as each grade had its own room. It was hard to believe that there were so many kids her size and age. Schooling continued for Winnie until she completed grade ten.

During these growing up years Winnie and her family went through good and bad times. The farm provided each of them with chores to do and animals to help care for. The work was hard, but they learned to find time for fun too. The hard work taught them that things were worth working for and proved to be beneficial in adult life. Sometime during 1948 Grandma Croft had come to live with the family and became an important part of their lives. She was ill with diabetes and died in the Spring of 1950 leaving an upset family to mourn her loss. This was the first of the sad losses that the family had to bear. In September of 1951 the sudden death of the father, William left a gigantic void in the family home and the work of running the farm became the total responsibility of the mother, Edna. With the help of the children the next year of farm work was gradually done, only to have another tragedy occur. In August of 1952 the disease known as Polio struck the district and daughter Isabel became one of the victims. The family had a very hard time coping with this, the third death in three years. Farming was still the main way of providing for the rest of the family and everyone helped to try and make the work easier.

In the Spring of 1953 Elsie went to New Brunswick to meet the family of Bill Oliver. He was in the armed forces and was sent overseas to serve in the Korean War. This proved to be the fellow she would marry. Elsie and Bill made their home in New Brunswick and raised a family of four, two girls and two boys.

In the fall of 1953 at the age of fifteen, Winnie was introduced to a fellow by the name of Philip Francis Duddy. He was from Islay, Alberta where he lived on a farm with his parents and five siblings and was known as Francis by family and friends. This introduction proved interesting and turned into a courtship which turned into love for Winnie and Francis. They married in December 1954 and went to live and work at Winnie’s mother’s farm north of Vermillion. During the summer of 1953, Winnie’s sister Joan had also met Harry Wakefield, the man she would marry in December of 1954. Shortly after the wedding Joan and Harry moved to British Columbia and had five children, three boys and two girls. This left only Edna Ferguson and children, Diana and Billy at home on the farm so it was good that Winnie and Francis stayed there to help with all the work.

On February 26th, 1955, Winnie gave birth to a daughter Edna Anne who was named for her grandmothers. Winnie and Francis hoped this would be the first of four children. Times were changing and soon the farm could no longer fully support both families, so Francis and Winnie went to work for a farmer at Delia, Alberta for the summer of 1956. They returned to the Ferguson Farm in the fall and Francis worked during the harvest season for Clayton Davis who lived nearby. Winnie helped with the harvest at her family’s farm and later on during the winter took a room in town and went to work in a local restaurant as a waitress to help with the expenses. In the spring of 1957 Francis got employment with the National Grain Elevator Company on the repair crew doing carpenter work. Winnie continued to work at the restaurant until mid-July and then returned to the farm to await the birth of their second child. On September 16th, 1957, a son, Phillip Ross was born and named for his father and one of Winnie’s uncles. Phillip proved to be the last child for Winnie and Frank but later they were to be blessed with grandchildren and great grandchildren.

Francis’ employment with the grain company continued for five years but this was only summer employment so during the winter months Winnie worked as a waitress to supplement the family income. Also, during this period of time, the family spent the summer of 1958 living in Innisfree, Alberta but returned to Vermillion in the fall. After the employment with the grain company ended in 1962 Francis worked at several different jobs and for the next three years Winnie continued working either full or part time as a waitress and cashier.

In October 1965 Winnie and Francie moved to Spruce Grove, Alberta to go to work on a poultry farm. This was a very lonesome time as they missed all the other members of their families. This job only lasted for the winter and Francis was once more seeking employment. As luck would have it, he acquired employment on June 6th, 1966, in Edmonton, Alberta at the Edmonton Public Stockyards. It was then decided by the foreman that he should be known as Frank as it was a better name for his co-workers and the customers to remember. Because of this he would forever be known as Frank and this employment lasted until March 1993.

On July 1st, 1966 the whole family moved to Edmonton to reside in an apartment and about a week later Winnie went to work for the Stockyards Coffee Shop as a waitress. In the fall of 1967, they bought their first home. Winnie’s employment at the coffee shop ended in April 1974 when she went to work for Londonderry Hotel as a cashier. In 1976 she was promoted to office work as a cashier and bookkeeper. Shortly thereafter she was promoted again to become evening supervisor of all the cashiers throughout the hotel. In 1980 the assistant manager of the evening shift became ill and had to resign so Winnie took over this responsibility as well. In July 1984, due to a change in ownership Winnie’s employment at the hotel was terminated and she became a stay at home for the rest of the year.

In January 1985 Winnie decided to look into upgrading her education. Testing was done and some evening classes began to refresh what had been part of the original schooling from over 30 years ago. At this time a part time position as a cashier was acquired at a restaurant. By fall the refresher classes were completed and testing was done to gain entrance to a college for training in office work. As luck would have it, she passed all the tests. The college classes were to start in February 1986, so the part time job was held until then. The first two weeks proved very difficult but slowly things improved, and the schooling became more interesting. At the end of three months the students could branch out into different types of training and Winnie chose to major in accounting/bookkeeping. This proved to be the best thing for her, and she applied herself with gusto. Winnie was sorry to see the classes end but to her delight she passed with honors. It is now December 1986 and time to start looking for employment to put to use her new skills. Before doing this Winnie and Frank decided to take some much needed holiday time and went to British Columbia to visit Winnie’s sister Joan. This was only the fourth holiday they had taken in thirty-two years.

In February 1987 a position as a part time clerk for the Alberta SPCA was acquired. This consisted of a variety of office duties which made use of a lot of her new skills. In January 1988 a full-time position became available as an accounting clerk and was offered to Winnie, and she accepted it. In December 1991 Winnie suffered the loss of her mother. In July 1995 Winnie resigned from the accounting position and accepted a position as the lottery staff supervisor. In August 1995 Winnie suffered the loss of her sister Diana in a tragic auto accident. Winnie’s employment continued until May 2004 when she officially retired. Now there was time to enjoy life on the acreage. But due to Frank’s health problems this came to an end in the spring of 2006.

The spring of 2006 saw the sale of the beloved acreage and the purchase of a home in Edmonton took place. The grass and snow are now someone else’s job but there is still space for Winnie’s beloved flowers. The life of a retiree continues.

It’s 2009 and we have moved once again to another location in Edmonton. This place has connections to a full care facility where we can get help if needed as Frank was diagnosed with dementia in the spring of 2009.

By 2013 time has been good to us as Frank has actually improved. We have found ways to keep busy. Frank and I have made improvements to the flower beds as well as the garage and the basement. Once again, we are counting our blessings with the arrival of another great granddaughter. On March 14th Payton Birkbeck was born to Amy and Ryan.

It’s now 2015 and we are amusing ourselves by going to some of the local casinos. We have been to some out of town too. We have not had much luck. Who knows maybe next time lucky?

The years go by and blessing number 5 is another girl Jude Everleigh born on February 19th, 2017. Her parents are David & Shae Aussant. That makes 5 great granddaughters. It seems we just cannot get a boy.

It is 2019 and Winnie’s sister Elsie passes away on January 13th. This death leaves only Joan, Winnie and Billy of the original family. I wonder who will be next.

It is now October of 2020 the year of Covid-19 but we are all well so far and hope it continues this way. 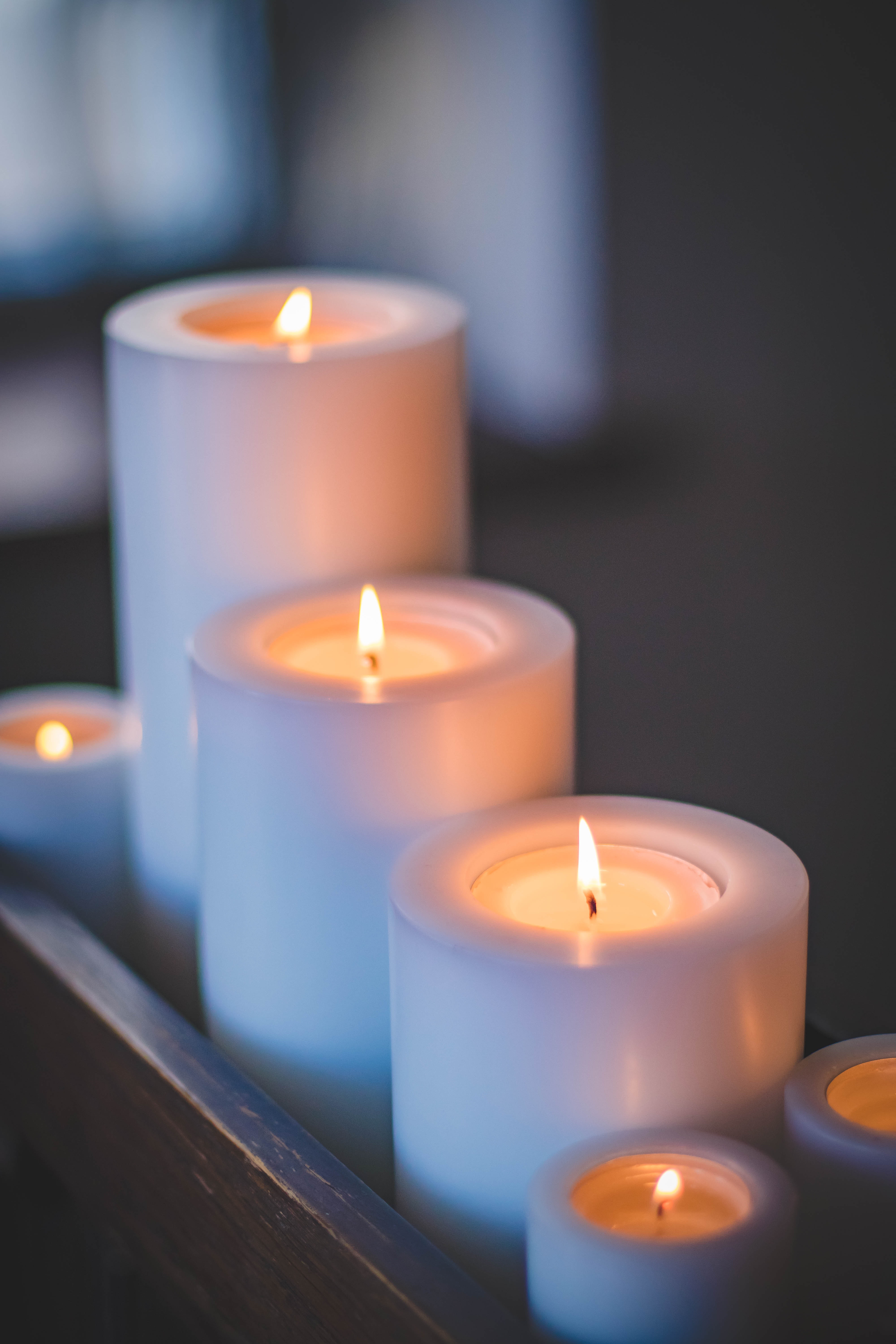