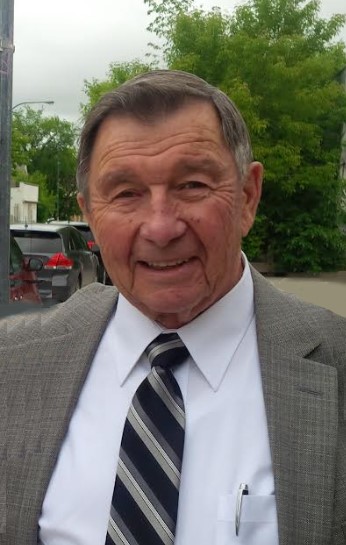 Peacefully of April 14, 2022, Mr. Ralph McIvor of Edmonton passed away at the age of 88 years. Ralph was predeceased by his loving wife Belle in 2001, his granddaughter Alisha Shinkaruk and great-grandson Caleb. He is lovingly remembered by their children: Kathy of Edmonton, Greg of Zama City, Alberta, Allison of Edmonton, grandchildren: Ashley McIvor and Nicole Brown. He was also predeceased by his brother Marcel McIvor and his sister Donalda.

Cremation has taken place. A celebration of Ralph’s life will be announced at a later date.

Born on May 25, 1933 in Carman Manitoba, to Buster and Carrie, known as Ralph all his life, also known as Petie by family, he was 1 of 3 children, his brother Marcel and sister Donalda. Ralph grew up in Carman where he played baseball and hockey.  He left Carman in his late teens to embark on his adult life.

Ended his service in Cold Lake but later returned and worked as a civilian on the base in the early 60s.

Working – Ralph spent the majority of his life working in the electrical field receiving a Master Electrician’s Certificate in June 1977 which he was always quite proud of.  With his electrical experience, in the 80s and 90s, he used that experience to have his own small company selling and installing satellite systems.

Ralph and Belle married March 1, 1958 and started their family in Winnipeg with Kathy in 1959.

Later moved back to Alberta where Greg was born in Hanna in 1960. The family moved around Alberta where they ended up in Edmonton about 1964 where Allison was born in 1966.  They stayed in Edmonton until 1976 when they moved to Rocky Mountain House where Ralph took a job at a local gas plant.  They stayed there until about 1981 when they moved to the Smoky Lake area taking a job at the Pine Ridge Nursery.  Ralph retired from the Nursery in 1993 and went to Sorrento BC. Ralph and Belle spent a few years in Sorrento but later decided to move back to the Edmonton Area around 1997, eventually moving to Redwater.  Belle passed away in 2001 and  Ralph chose to leave Redwater and move back to Edmonton where he lived until his passing in 2022.

Ralph is survived by his children and grandchildren,  cousins, sister and brother inlaw and several nieces and nephews from both sides of his family.

Hockey – Ralph’s love for hockey was cultivated very early in his life as he continued to play as a young boy up until he was 75 years old. Some of his best stories included playing hockey for the Foxwarren Manitoba Junior B (1951-52 champions) team, Bonnyville Pontiacs (late 50s), NAIT (70s), Crown Express Kings and numerous Oldtimer’s tournaments with the Smoky Lake Loafers, Smoky Lake Oldtimers, the Rusty Nuts, Vintage playing in annual tournaments such as Prairie Cup, Snoopy’s Senior World Hockey Tournament, Labatts Playmaker Senior Cup, Annual Pacific Cup Oldtimers Hockey Tournament (Victoria B.C.), Molsons Oldtimer Hockey Tournament and World Oldtimers Hockey Tournament in Spain. He certainly would have played longer if he could. Anyone who played hockey with him would know his passion for this sport.

Ralph also followed the Oilers, working at the Coliseum from about 2005 until the Oilers moved to Rogers Place

Baseball – 1949 was the Batboy for the Carman Cardinals

Also played for baseball teams in Carman in his early years

Golfing – Ralph was an avid golfer, in his later years was still golfing 3 times a week and also Marshalled at the Victoria Golf Course in Edmonton up until he was about 83. 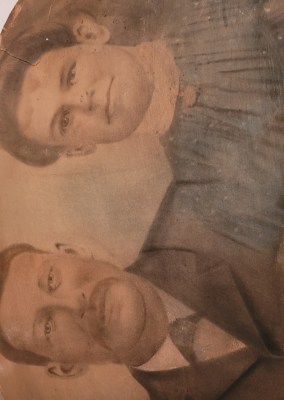 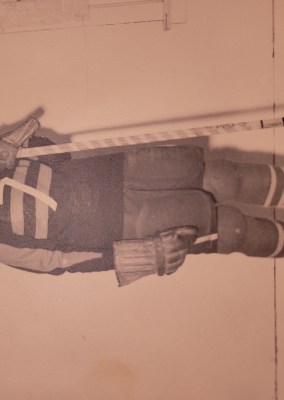 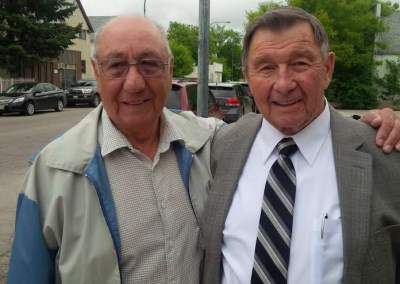 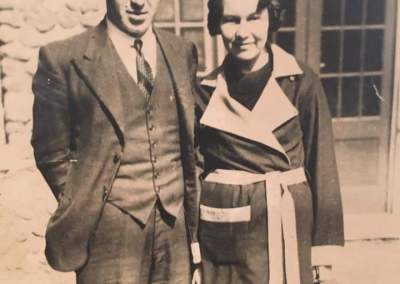 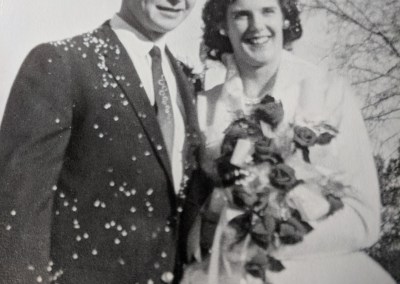 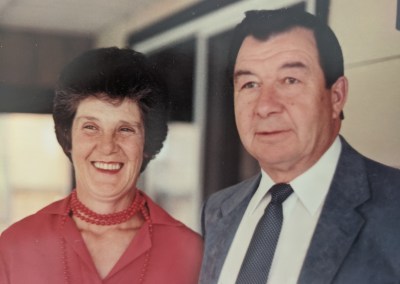 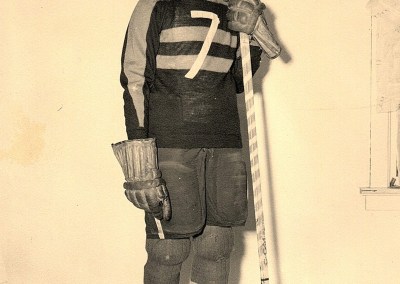 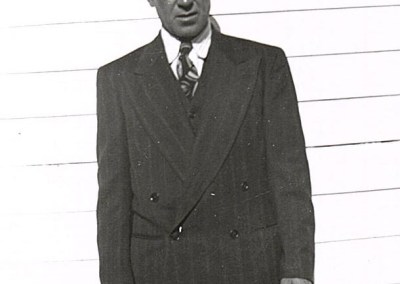 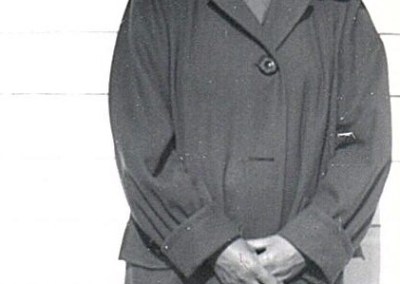 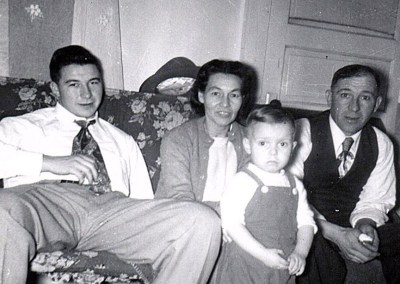 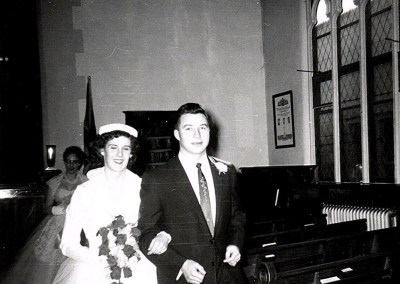 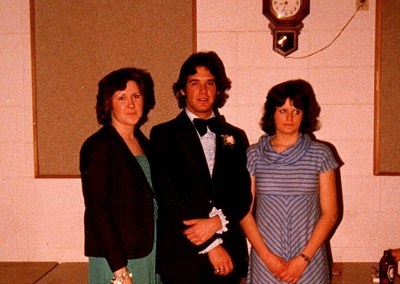 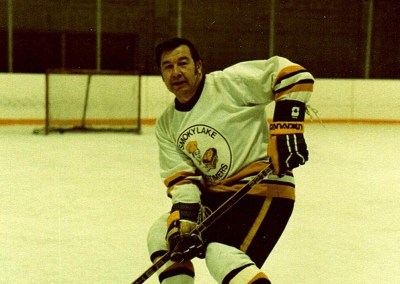 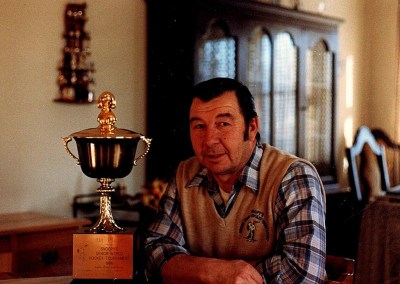 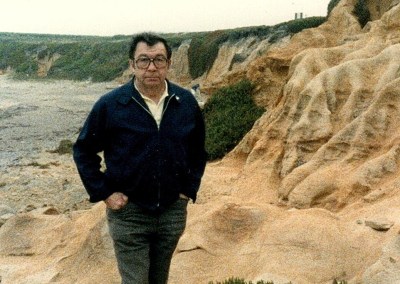 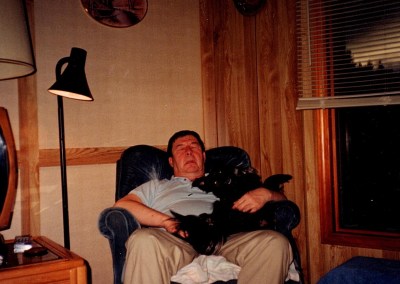 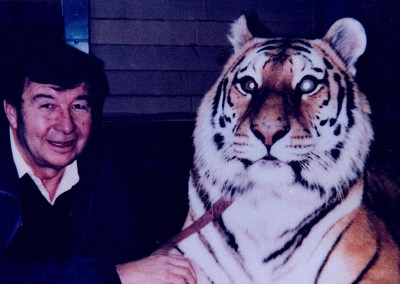 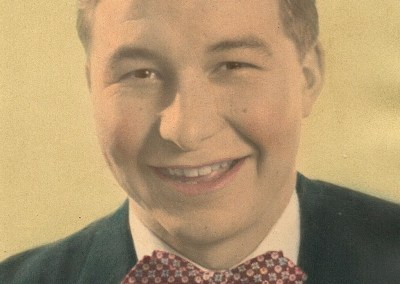 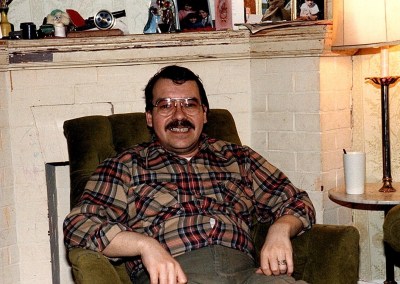 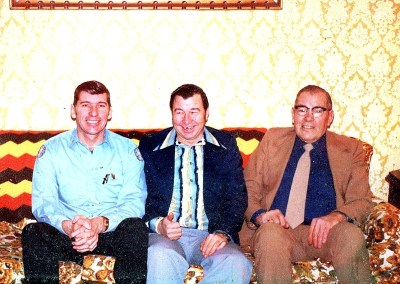 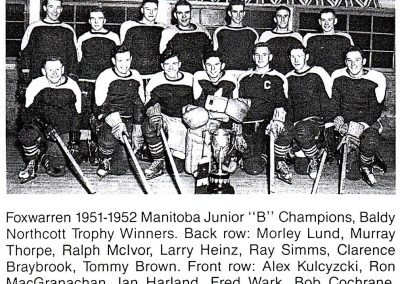 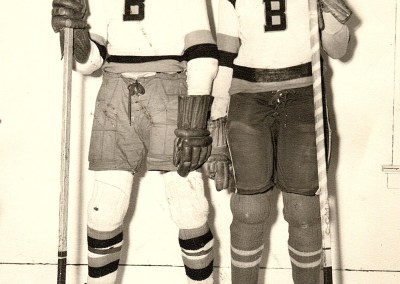 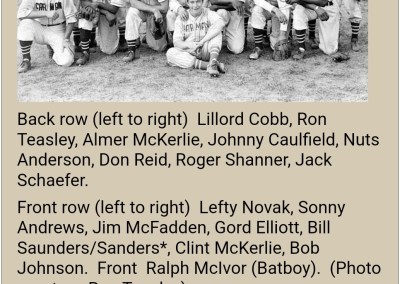