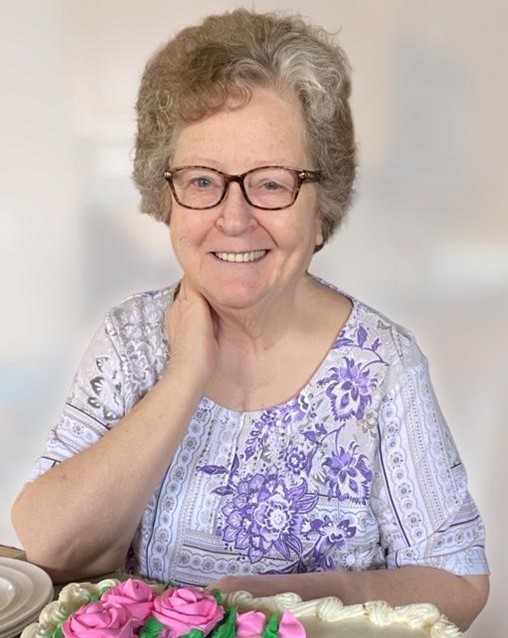 In Loving Memory of

It is with heavy hearts the family of Jacquelyn (Jacquie) Barbara Andersen announces her sudden and unexpected passing on February 25, 2022 as a result of a hemorrhagic stroke. Jacquie is survived by her loving family; husband and soul-mate Kenneth (Ken); daughters Karen (Glen) Turpin and Kirsten (Shane) DeZutter; grandchildren Kyle and Joel Turpin, Madelyn and Tyson DeZutter, and many extended family members, all of whom Jacquie loved and cherished dearly.  Jacquie was predeceased by her parents, John Frame Muir and Mary Edna (nee McKay) Muir, and all of her siblings, Margaret (William) Lewis, Audrey (William) Zaharoff, and Doreen (Charles) Meredith.  Cremation has taken place following organ and tissue donation. In accordance with Jacquie’s wishes, no public service is planned. A private family gathering will be held at a later date to inter her remains. For family and friends wishing to do so, memorial donations to Hope Mission Edmonton or University of Alberta Hospital Foundation, or a charity of their choice, would be appreciated.

Jacquie was born in Vancouver, British Columbia on April 30, 1943, the youngest of the “four Muir girls” comprising the family of John (Jack) Frame Muir and Mary Edna (McKay) Muir. She grew up in the Marpole area attending David Lloyd George Elementary and Winston Churchill High Schools and ultimately obtained her B.Ed. degree from The University of British Columbia (UBC) in 1968.  Following the first three years of her professional training, Jacquie began her career in 1964 teaching elementary school in Vancouver followed by three years in Nanaimo. Summers were spent attending summer school to complete her degree requirements.

Jacquie met Ken Andersen on the first day of classes at UBC in September 1963 as co-passengers in the same car pool.  Ken obtained his B.Sc. degree in 1967 from UBC, and completed his M.Sc. degree at the University of Toronto the following year. Following their engagement on June 14, 1968, Jacquie returned home from Nanaimo to plan the wedding details with her parents and began teaching once again in Vancouver while Ken returned to Toronto to begin his doctoral program there. Following their marriage on July 12, 1969, the couple returned from their honeymoon just in time to watch the first manned lunar landing, live on TV!

Jacquie taught for one year in Toronto while Ken was completing his Ph.D. program.  Ken’s first academic appointment took them to Victoria for the fall of 1970, where Jacquie took up yet another teaching appointment. From their 12th floor ocean-side apartment overlooking Victoria’s harbour and the parliament buildings, Jacquie loved to watch the tug boats scurrying about, forming their log booms. Even that took second place to having an absolutely spectacular close up balcony view of Queen Elizabeth’s entrance to the harbour on the royal yacht Britannia as British Columbia celebrated its centennial.  As much as living in Victoria was enjoyable, Ken’s academic appointment there had from the beginning been viewed as a stop gap measure until a better professional opportunity opened.  That opportunity arrived in the spring of 1971 when Ken received an offer to join the Mathematics department at the University of Alberta. With their move to Edmonton in summer 1971, despite apprehensions about the climate, Jacquie and Ken decided that this is where they would settle, at least for a while.  What turned out to be an exceptionally hard winter tested the couples resolve about that decision, but they were quickly and warmly welcomed and assimilated into their new environment; professionally for Ken in the large and vibrant department of mathematics, and socially for both Jacquie and Ken in the many friendships that developed.  While their 8th floor apartment now overlooked the open fields of the University farm rather than the ocean, it was situated across the street from the newly established, growing, energetic and forward looking Lansdowne Baptist Church. There, both young and old welcomed them, with about a dozen young couples attending there being at the same stage of life – starting their families.

The birth of daughter Karen on July 19, 1973 brought great delight to Ken and Jacquie, as did the addition of daughter Kirsten on April 7, 1976. Jacquie loved motherhood! The girls will cherish the memories of all the time that they shared with their mom, from lunchtime visits to Dairy Queen in elementary school, to Saturday shopping at the mall. Jacquie was always there for them, offering a listening ear when needed, placing their needs and happiness ahead of her own.  She was so incredibly proud of all their accomplishments.  She showed her children how to love God, to love and have compassion for others while being good citizens pursuing purposeful living.

In 1985, as her daughters were older and required less attention, Jacquie joined the support staff in the Department of Mathematics at the University of Alberta on a part time basis.  Jacquie enjoyed this opportunity not only to “get out of the house’’ for a bit while still being able to “be there” for her family, but she enjoyed being with her friendly office staff colleagues. With Karen having married Glen Turpin in 1995 and Kirsten about to marry Shane DeZutter in 2002, Jacquie retired in 2002 as the first of the grandchildren began to arrive. If Jacquie loved motherhood, she loved being a grandmother even more!  Kyle, Joel, Madelyn and Tyson brought her so much love and joy!  The sons-in-law and grandchildren will remember the love and laughter that was shared with Grandma, especially at Christmas time around the Christmas tree.  Her kind and generous nature, and her ability to show unconditional love, always made their time together special.

While Jacquie was an exceptional teacher and faithful co-worker, it was without doubt that her role as a wife and soul-mate, homemaker, mother, and grandmother that Jacquie cherished and found most fulfilling.  She well understood that her legacy was the family she would one day leave behind.

From her early adult years, Jacquie loved to raise her fine soprano voice in song, participating in the choirs of the churches she attended. In Nanaimo, Victoria and Edmonton, Jacquie was active in other church ministries, especially ministries to girls and women.  She read voraciously, enjoyed crossword and jigsaw puzzles, and loved to decorate her home, especially at Christmas, which was her favourite time of the year.

Jacquie frequented Tim Horton’s for coffee and a muffin as she worked her crosswords, or following her swimming exercises at the YMCA. On the occasion of Jacquie’s 65th birthday, she was “ambushed’’ by her sisters and nieces who had secretly arrived in Edmonton by train and were gathered at Jacquie’s usual Tim Horton’s stop when she arrived there following her exercises! More nieces would arrive that day from as far away as Texas, to join the family dinner at the Sawmill, and further visiting on the days following.  Not normally given to enjoy “surprises’’, Jacquie thoroughly enjoyed this one!

An Alaskan cruise with her three sisters and two nieces in September 2009 was a special time for Jacquie, notwithstanding that heavy seas prevented docking in at least one scheduled port of call and entailed a “confined to cabin” time on the open seas!

Family vacations, including two in Hawaii, and two Caribbean cruises with the last in July 2019 being Jacquie and Ken’s 50th wedding anniversary celebration, brought her great joy.

Jacquie was always grateful for the love she experienced from family and friends, and for the safety and security she felt throughout her life, never having to be concerned about the day to day needs of food and health care that many, like her own parents, experienced during their lifetimes.  Her heart was always torn by the suffering she observed in the world, especially homelessness, and the plight of those without adequate health care and support.  Hope Mission Edmonton and the University of Alberta Hospital Foundation were two of Jacquie’s favourite charities.

Ken, Karen and Kirsten are grateful that they were able to be with Jacquie in her final hours, sharing expressions of love with her, holding her hands, stroking her brow, and commending her to God’s care and keeping.

The Lord bless and keep you, Jacquie. May his face shine upon you, and give you peace. 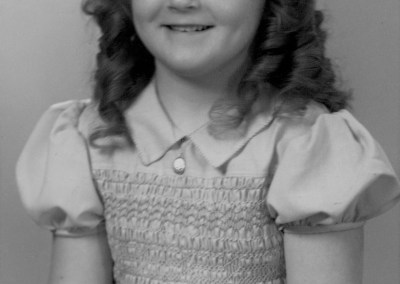 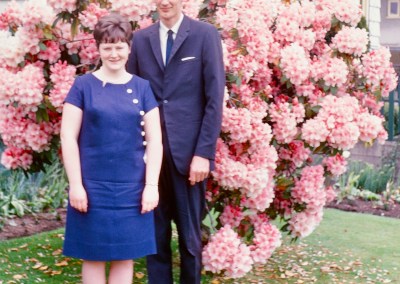 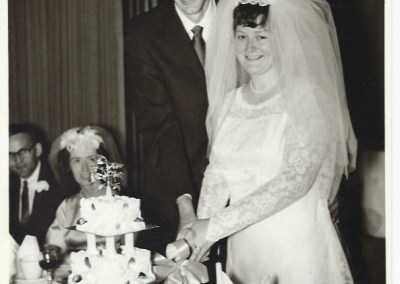 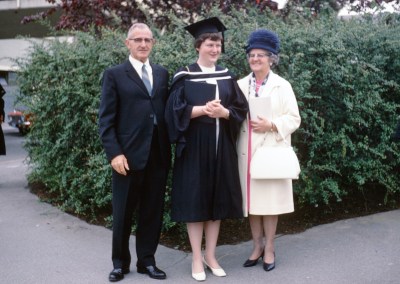 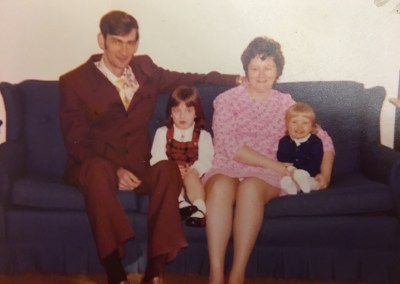 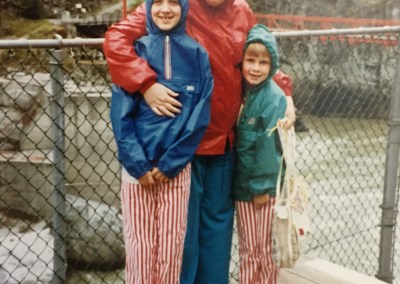 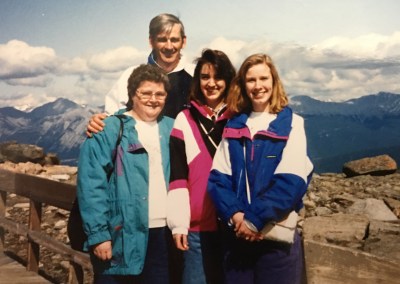 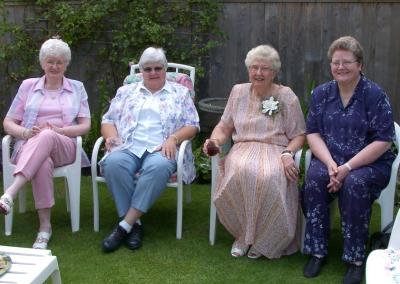 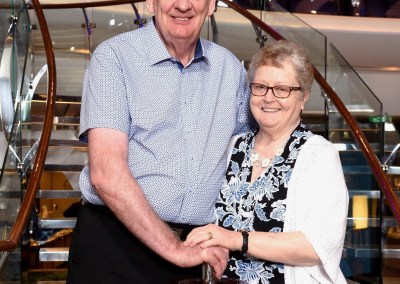 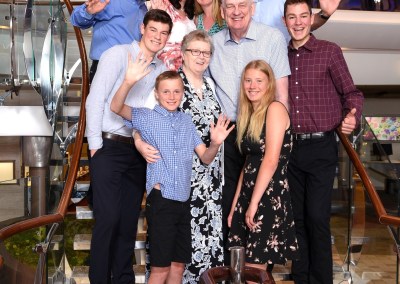