It is with great sadness that we say goodbye to Dawn Clark (nee Code), formerly of New Brigden, Alberta. Dawn died peacefully at CapitalCare Norwood Hospice, Edmonton, on Friday April 23rd at the age of 77.

Dawn was born in Cereal, Alberta to Donald and Muriel Code (nee Ford) and grew up on the family farm at New Brigden, Alberta. Dawn was the eldest of her siblings Merle, Renee, Brian, and Bill, whom she spent time in her youth taking care of. Dawn often spoke fondly of time spent with her siblings and many Code cousins. There are happy memories of travelling to Oyen as a family to see a movie. Upon completion of high school, Dawn moved to Calgary, where she worked for Greyhound. She then met Doug Clark and they married in 1965 and they started their family. Dawn and Doug and their children Wendy, Daryl, and Brenda lived in Rockyford. They then moved to Calgary, and then settled at the Code farm in New Brigden, the third generation of the Code family to farm there. Their daughter April was then born. While living in New Brigden, Dawn worked on the farm, drove school bus, did bookkeeping for local business, worked at the Esther store, and worked as the New Brigden Postmaster. She was a very active volunteer in the community, participating in the community club and curling club, school activities, leading in 4H, maintaining the local library, coaching t-ball and softball, and car-pooling kids to activities. Doug passed away in 1999 and Dawn remained in New Brigden for a few years. She then moved to Sherwood Park, where she worked at a dry cleaners, participated in a book club, and spent time with family. She then moved to Planeview Place Lodge at Leduc. Her final days were spent in the care of CapitalCare Norwood Hospice in Edmonton.

Dawn enjoyed crocheting, cross-stitch, and painting ceramics. She loved playing cards with family and friends, doing crosswords, reading crime fiction novels, playing computer games, and watching curling and Hallmark movies. She loved listening and singing along to country music and golden oldies from her youth. She was a great gardener of vegetables and flowers. She was adored by her kids and grandkids for her baking and preserves, particularly her bread and buns, jelly tea cakes, cinnamon buns, Christmas goodies, chokecherry jam, and crabapple jelly. Her kids fondly remember the delicious Chinese food she made upon completion of a Chinese cooking course. Dawn loved the family farm, and enjoyed her time there raising animals, driving the grain truck and tractors, and gardening. Dawn was a very proud Alberta woman. Although Dawn was fiercely independent, she always welcomed a visit from family and neighbours for a cup of coffee, a home-baked treat, and a chat, and loved attending family reunions.

Dawn is remembered by her family and friends as having integrity, and being kind, independent, authentic, and hard working. She had a dry, subtle sense of humour, a strong sense of responsibility, and a stubborn streak a mile wide. She will be greatly missed.

A memorial service will be held at a future date.

In lieu of flowers, donations can be made to your charity of choice. 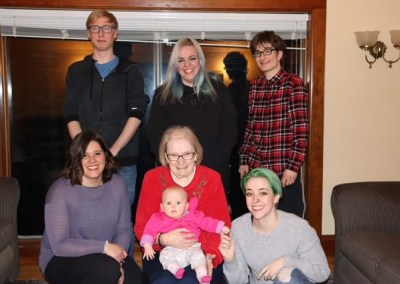 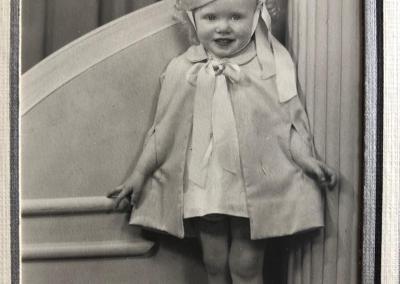 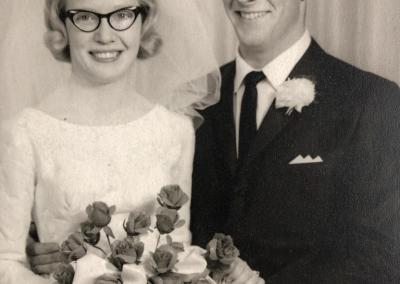 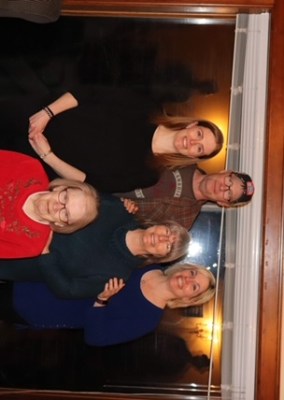 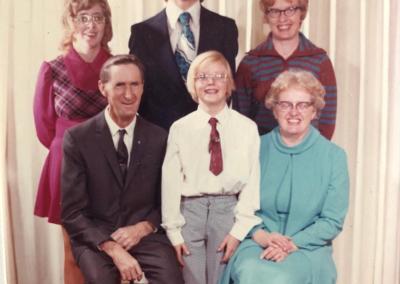 In Loving Memory of Dawn

I am one of your Mum’s former classmates from the New Brigden School where we both attended in the 50’s and 60’s.  One of my fondest memories was celebrating your Mum’s birthday with her and some of her cousins at her home.

We would often walk to the slough on the property belonging to the Hudson Bay and wade in this slough, many times shivering in the experience as the water was really cold at the end of May.

After school we went off in our separate directions and did not see each other very often.  I returned to the New Brigden Area in 2008 to care for my Mum in her New Brigden farm home.  I would collect the mail several times a week from the post office and there would connect with your Mum.  I caught up with all of you as your Mum would tell me what you were all up to.  She was very proud of you all and all of your accomplishments.

I was very sorry to hear of your Mum’s death and want to send all of you my deepest sympathy.  You have been in my thoughts and prayers during this very difficult time.