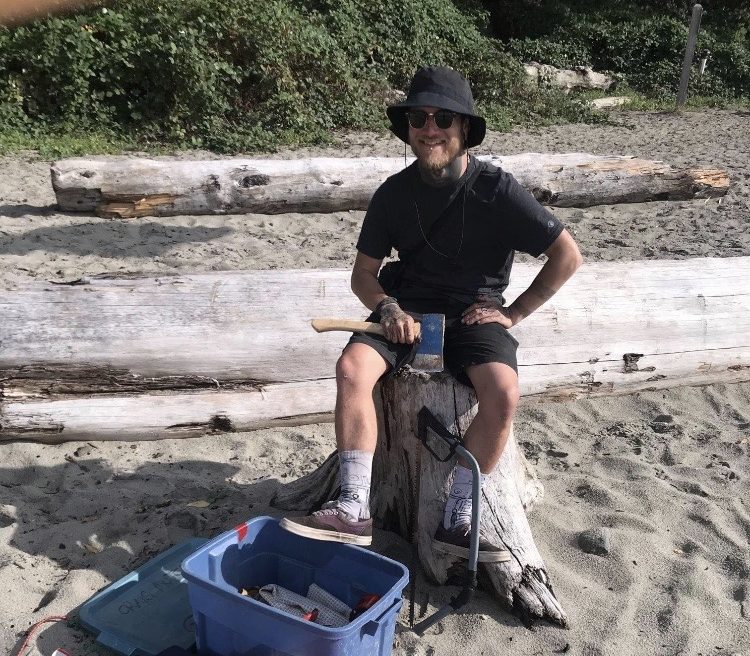 His friends and family will remember him for the loving, adventurous, and down to earth individual that he was.

Colby was born January 14, 1992, in Jasper, Alberta.  He spent the first 7 years of his life in Dunster, B.C.  It was likely there, that he developed a great love of flora, fauna and of the outdoors. Many a neighbour were endeared to Colby’s gentle and curious manner.  Hey, it takes a village to raise a child! Attending the Dunster Fine Arts School for Kindergarden and Grade One contributed to his penchant for creativity in drawing and poetry writing.  A move to Edmonton; two years of music(guitar) and Ukrainian dance lessons, led to an exciting opportunity to audition for the Citadel’s 2006 production of Peter Pan. A paid role was secured and starring as “Eagle Wind” Colby performed in 56 shows in the three month season, as an aboriginal dancer of the children’s chorus.

Colby attended Ecole Holy Cross from Grades 2-9, with a brief move to Virginia Parks school for Grade 6. Skateboarding and snowboarding were his favorite pastimes and with his natural agility, it was a pleasure to watch his progress and his daring tricks.  Sarah has fond memories of her big brother teaching her how to skateboard, to play guitar and of reading to her.

Summer holidays were spent mainly outdoors with family in Jasper, Valemount, and Lake Winnipeg.  Younger brother Corey remembers many an adventure and happy times;  including building slug farms near Vancouver, after enduring days of camping in the rain, taking kayak lessons near Maine island and shooting paint ball guns at the cabin in Valemount.

For Grade 10, purportedly his most pleasurable school year, Colby attended St John’s School of Alberta, an all boy’s outdoor survival academy.  He had many unique experiences there including a 2 week cycle from Fernie to Banff and a fly-in canoe/portage trip in a remote area near the Queen Charlotte Islands.  Sadly, after 40 years in operation, the school closed its doors, and Colby attended Ross Sheppard High School in Grade 11.

The next decade or so saw Colby living in several different cities, such as  Edmonton, Vancouver, Victoria, and Calgary.  In September of 2020, he returned to Vancouver and set up camp, cliffside, in a secluded area overlooking Wreck Beach.  We know that he was happy here for a time and had made many friends.  During the evening hours of January 7, 2021, the addiction that Colby had been struggling with finally overtook his life.

In 2016, Colby attended a wonderful, wilderness rehab facility at Shunda Creek, and was able to achieve sobriety for a time. Donations can be made directly to this non profit organization at www.enviros.org

Colby is survived by his mother, Melissa (Cory) Hodgson, his brother Corey, and his sister Sarah, step sisters; Morgan, and Frankie, as well as his maternal grandmother, Lorraine.  He also leaves behind his Godparents; Uncle Jeff and Elizabeth Arychuk , cousin Jessica, his Aunt Pamela, his Uncle Colin (Sandi) Carmichael and cousins Adyson, and Liam.  Colby will be missed by other family members of the clans Carmichael, Bos, Arychuk, Babey,  Martin and Hodgson, as well as his many friends.  Colby is predeceased by his father, Cameron (Denise) Carmichael of Valemount, his paternal grandparents Donald and Edra Carmichael of McBride and his maternal grandfather Walter Arychuk of Edmonton.

The memory of his smile and free spirit will never be forgotten, and we will cherish all the memories that he gave us. 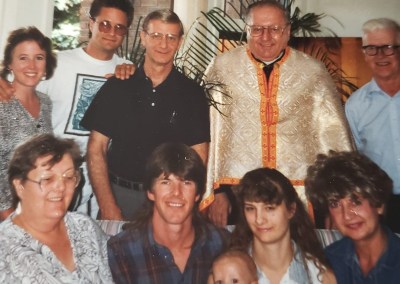 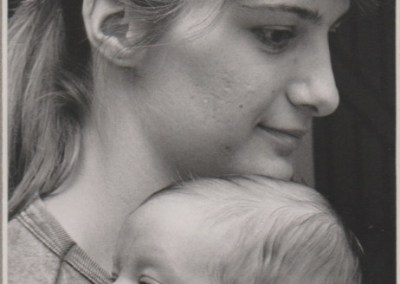 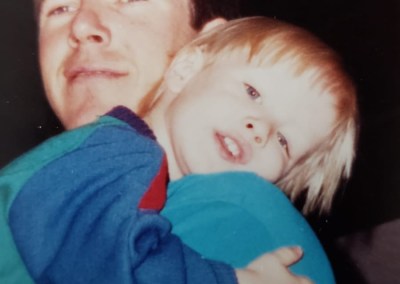 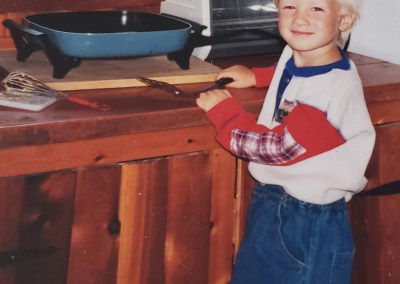 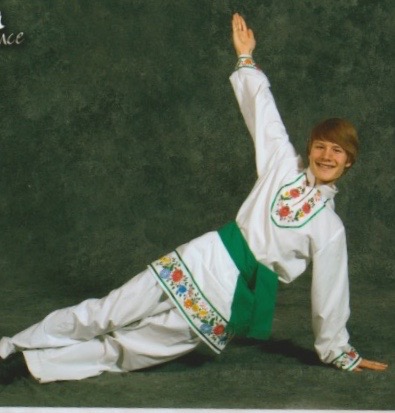 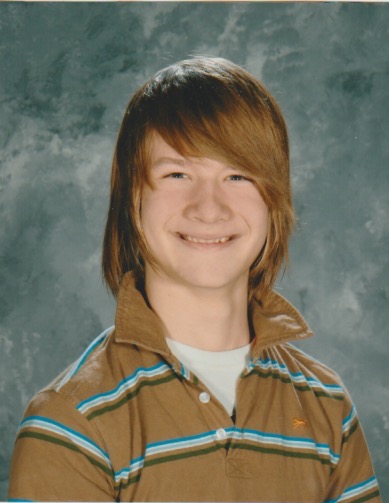 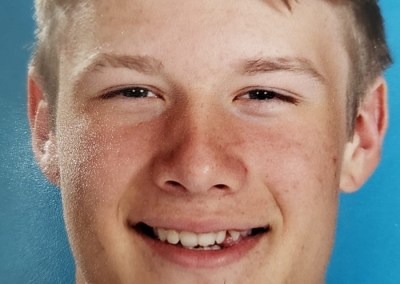 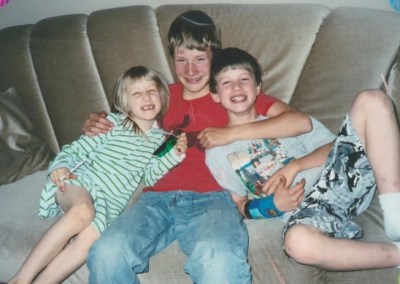 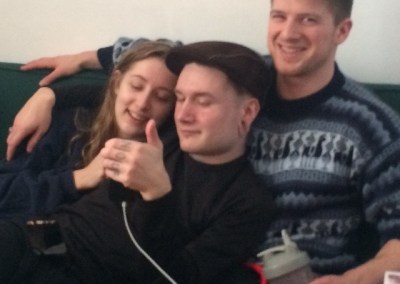 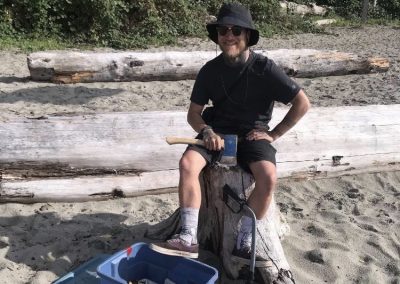 In Loving Memory of Colby

I do have such fond memories of Colby.  He was good friends with my nephew, Jordan, and he always loved to have time with Colby.  I loved seeing him too.

I visited Misty and the family many times when they lived in Valemount/Dunster. I loved those visits so much.  I never missed one!  And I remember really loving Colby.  He was such a nice kid, and he enjoyed to be around everyone.  He had a gentle spirit, and he always made the room fill with laughter. He often played a character of some kind…my favourite time was when he introduced himself as “Wolfen Coyote”.  I don’t know where that came from, but it brought such laughter to all of us that day.

I know that Colby struggled with addiction, but it did not define him.  I believe his heart was always filled with love.  It’s amazing how well I remember him, and I have not seen him in years.

​To Misty, Cory, Corey, Sarah (and families), I tear up as I write this as I know this is a loss that will stay with you forever.  But I also know that Colby is at peace, and he has a very special place in heaven.  This I know with all my heart.

I want to add that this is one of the most beautiful obituaries I have every read.  It capture the true spirit of Colby.  I hope your sadness will one day become wonderful memories of a good young man who blessed those who did know him.

– Love Mark and the Razzolini family.

You have shared such beautiful memories of a beautiful child, son, brother and friend. A wonderful tribute to a young man gone too soon. Although I didn’t know him well,  I know he had the biggest and kindness heart you could ask for, you should be proud.

Goodby Colby, may you Rest In Peace.

I only knew Colby for a short time but loved our conversations.  He will always have a special place in my heart.  He was an ‘old soul’ and will be missed dearly.