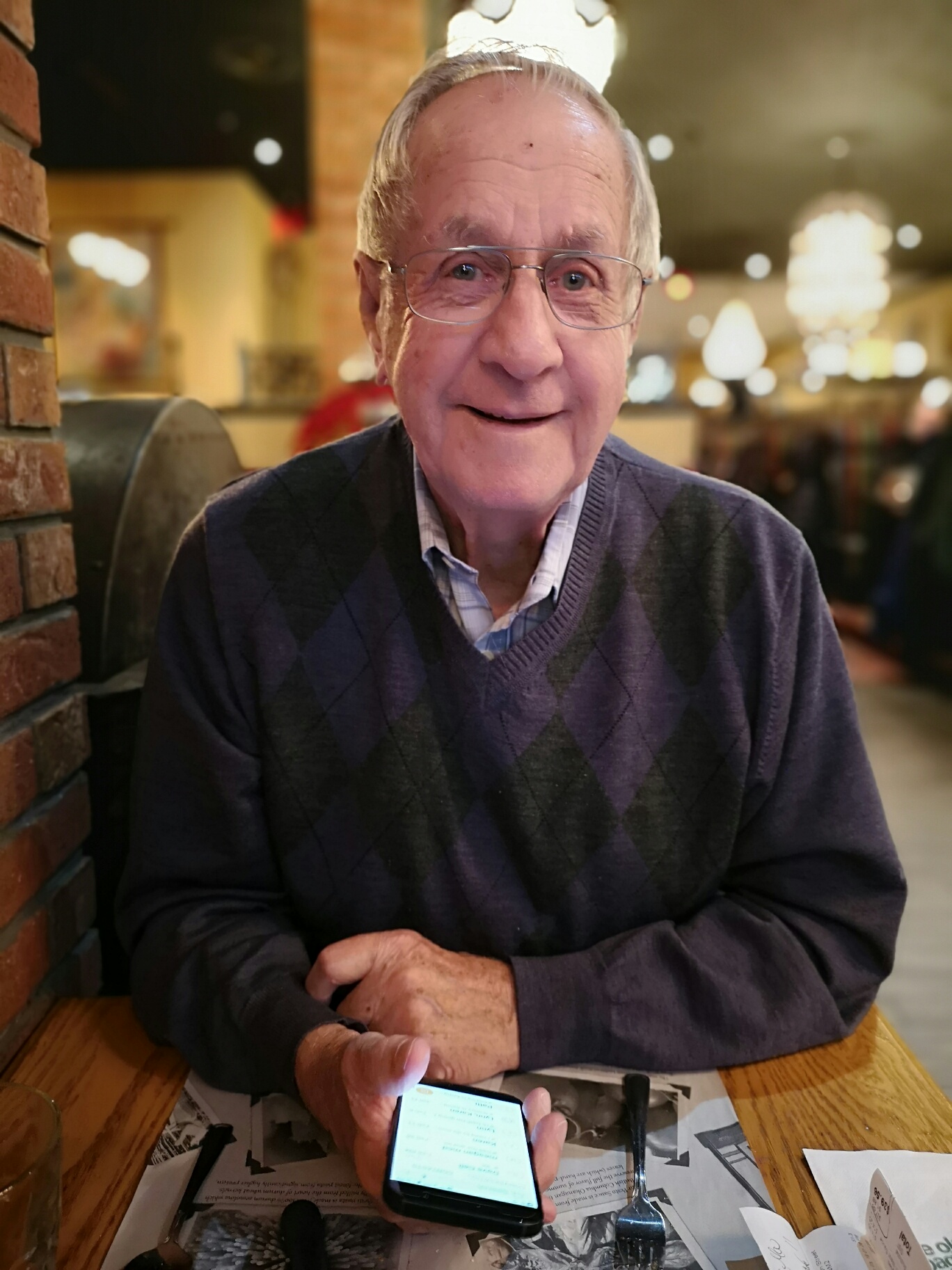 It is with heavy hearts that the family of George Diebert announce his passing on August 17, 2021 at the Misericordia Hospital, Edmonton.  At 94 years young, Dad was predeceased in 2007 by Ida, his loving wife of 54 years as well as siblings Martha and Richard.  He leaves cherished, life-long memories with his children Karen (Drew), Patti (Dave), Lynn, and Steve (Corinna) as well as his grandchildren Adrienne, Kelly (Nathan), Alex (Susie), Megan (Luke), Nick, Riley (Maria), Jonathan, Stephanie and Michael, and 3 great-grandchildren Keisha, Stefan and Mason. George is survived by his sisters Marie and Betty, brother Ron, as well as many nieces and nephews. Years ago, Dad welcomed into his growing family step-grandchildren Erin (Matt), Kendel (Daylan) and 5 step-great-grandsons Eli, Luke, Jonah, Wes and Finn.

Dad had a very full, adventurous life. He started his 94 years on June 18, 1927 when bread was 9 cents a loaf, bacon was 20 cents per pound and you could buy a new car for $495.00! George was born outside of Morse, Saskatchewan on the farm, and we enjoyed his stories about his farm childhood. On really cold winter mornings, he would be taken to school by horse and cutter. Burrowed deep beneath blankets, he would keep his hands warm with a hot boiled egg held between his mittens. When he got to school, he had a nice warm snack!

In his own words, here is another story he often told us:

“I carry around a partially amputated little finger that was the result of Martha and I collecting ice from a slough for Mom’s wash water.  Martha chopped the ice with a crowbar and I gathered the ice and dumped it into an old copper boiler.  I thought she had stopped chopping, but she hadn’t.  I reached out to gather the ice when she chopped into my mitt.  I didn’t realize that my finger had been cut, but I saw that my mitt HAD been and that was my big concern.  Mom took off my damaged mitt and the piece of finger fell to the floor, going un-noticed by everyone except Martha.  She was worried Mom would try sewing the piece of finger back on, so she quickly swept it up and threw it into the wood stove; keeping me from further pain and suffering.”

Dad sported an odd-looking, shortened little finger for the rest of his life.

George’s family moved to Winnipeg in 1934. He attended Linwood and Britannia schools.  He left school after Grade 8 to help support the family.  In his early working life, his main employment was as a painter. George was working as a painter for Eatons when World War II ended in 1945. Just days before VE Day, all the painters were asked to continue working for as long as they could to paint and install wooden covers for the store’s big plate-glass display windows. Dad lasted 2 1/2 days before he had to call it quits, and he went home to sleep. While the streets filled with revellers and partiers on VE Day, George missed it all by sleeping through it.

On October 14th, 1948 George enlisted in the Canadian Army, Canadian Provost Corps. He said the main reason he joined the army was because he didn’t want to spend another winter out in the frigid temperatures delivering coal.

George was stationed in Ottawa when he met Ida Lowell at a dance in November 1951. The two were married on February 21st, 1953 and ten days later George left for a tour of duty in Korea. He returned to Ottawa in 1954.

In September 1955, the young George and Ida were moved to Germany for two years. They didn’t live in army quarters, but preferred to rent a small apartment on Sudrandweg.

On their return to Canada, and in the years that followed, George was posted to Kingston, then Calgary, Whitehorse, Chilliwack, and back to Ottawa in 1965.  Each one of his 4 army brats were born in a different city.

George retired from the Canadian Armed Forces as a Master Warrant Officer in 1968 and took his last move to Edmonton, Alberta. His pension was a whopping $167.99 per month. He figured with that and his new position as 2nd in charge of the University of Alberta Security Force, he’d be laughing!  Big things were happening out West, and he thought his family should be part of it.

George finished off his working career with the Alberta Government as an Inspector for Dangerous Goods in Calgary in 1992.  After retirement, George and Ida moved back to Edmonton to live in a downtown highrise, “the one up there with the Canadian flag”.

They spent their early retirement taking spontaneous “drives”.  Often, if they didn’t answer their home phone, a call to their cell phone would reveal they had decided to go for a drive to…Ontario…or Vegas…or Washington…or wherever. George would often wonder what was over that hill, and they would be gone to investigate.

In his younger years, George played sports:  baseball, hockey, curling.  As a young father, he took his family camping, fishing, bike riding, tobagganning, skating at Mayfair Park, and of course, on Sunday drives.  George was an excellent dancer – his daughters and nieces loved an opportunity to dance with him.  George and Ida square-danced for many years.

Included in his many skills was cooking.  He was a very good cook and we all remember rotisserie BBQ chicken, waffles/pancakes on Sunday morning and the best banana splits!  Every year he helped Ida make Christmas fruitcake, and it was tradition for George to sneak a large extra amount of sherry into the batter when Ida wasn’t looking.

George was always a busy guy; puttering in the garage while listening to country music on his old radio, painting the house/fence or other people’s homes, building something from wood, inventing a BBQ tool. Saturday night was usually “Game Night” when friends would come over to join in a game of Yahtzee, Life, Rummoli or cards.

In his retirement years his activities slowed down.  Spending time with family, reading, singing in choirs, doing puzzles, and playing cribbage were favourites.  And he always loved to dance!

He will be remembered for his big, booming voice and hearty laugh. His willingness to dress up for Halloween or as part of a skit at a family wedding.  His enthusiasm to be part of a secret Mummer’s group on Christmas Eve, for a misplaced Newfoundlander. His handkerchief that he used to “gently” wipe tears away.  His great sense of humour. His creation of a Coffee-Crisp get well sign for his sister-in-law in Michigan.  His posting of happy birthday signs down a country road leading to his niece’s home. His musical muttering as he went about his activities at home.  His precisely pressed clothes. His ability to “fix” lawn mowers.  His stubbornness.  His belief in his ability to win the lottery. His mustard making abilities.  His temperamental support of his favourite baseball team; the Toronto Blue Jays.  His love of music – that is, good music. His continued, unwavering support of his family. His belief and practice of The Golden Rule.

George will be remembered because he was a good man.

The family will celebrate George’s life at a private function, however we encourage people to leave their thoughts and comments on this website for the family to read.

Donations in George’s name, to the Edmonton Food Bank, would be a great way to make a contribution to Dad’s efforts to make the world a better place. 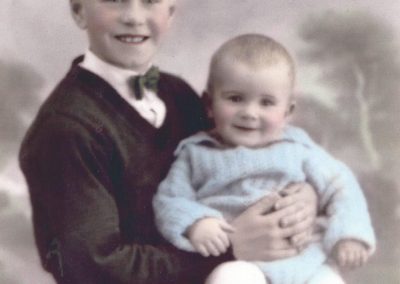 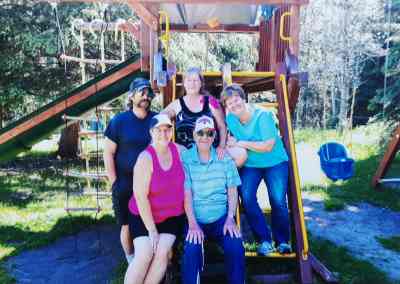 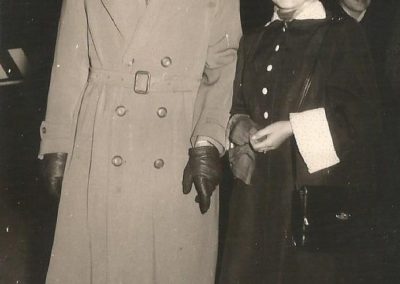 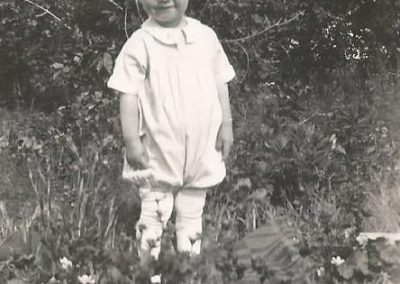 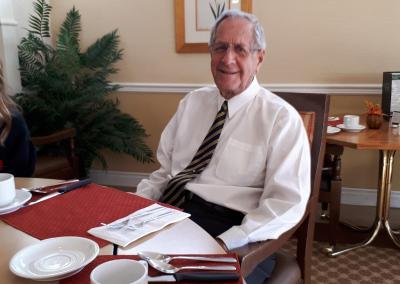 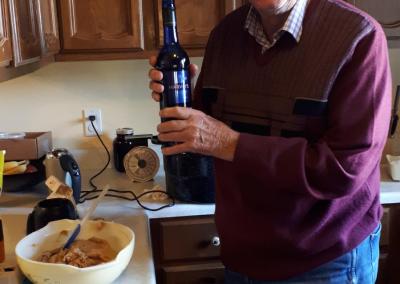 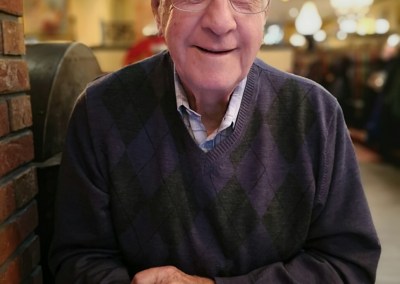 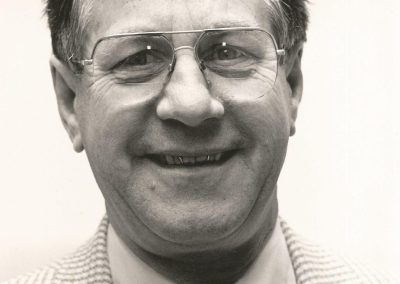 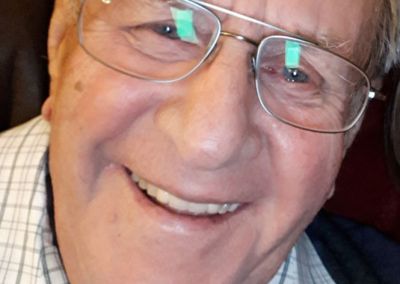 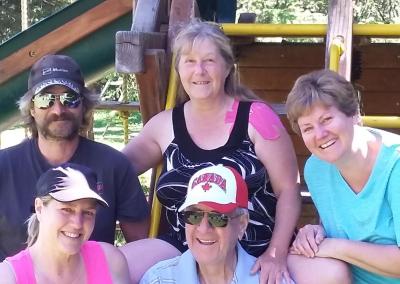