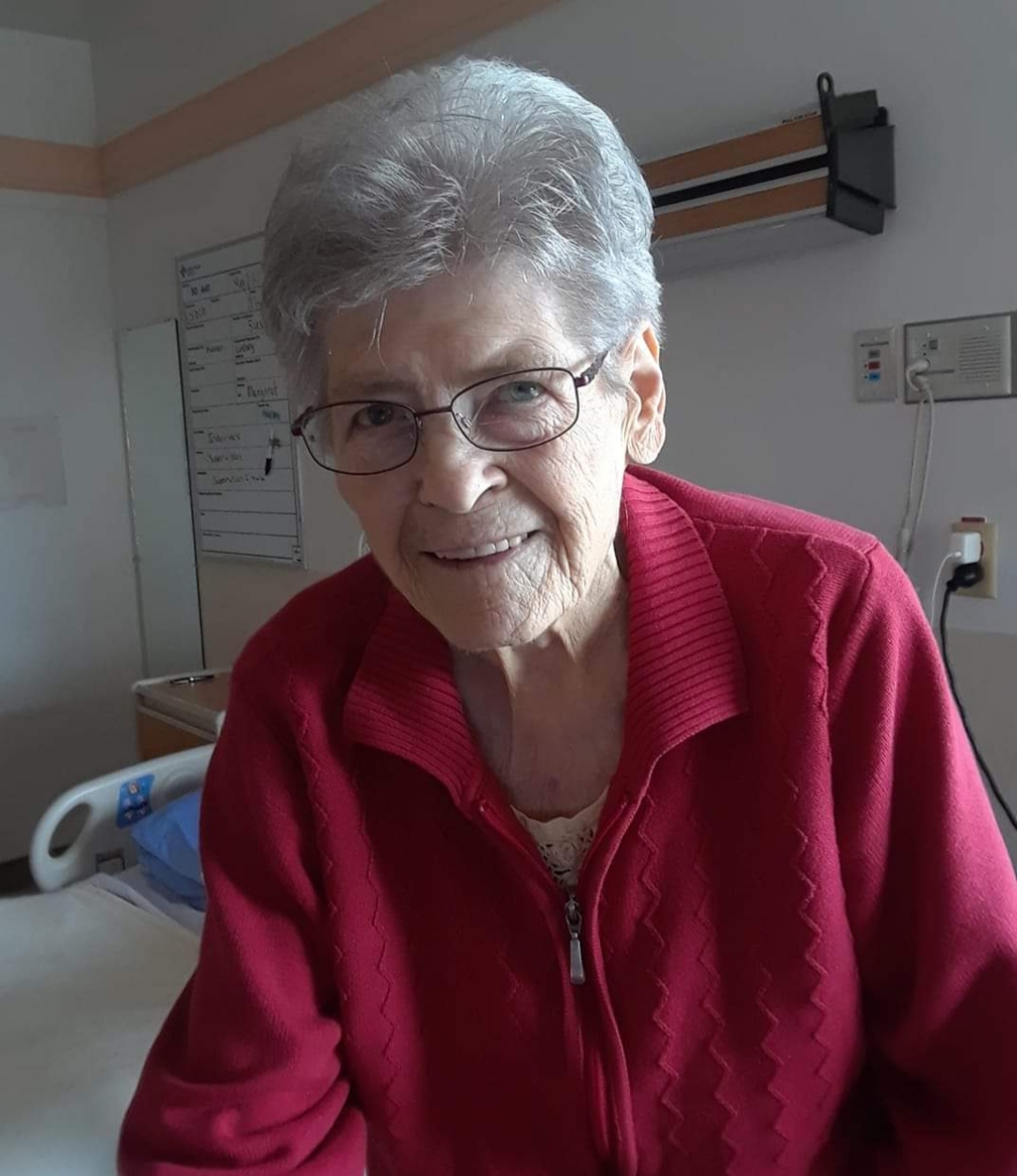 Katie was born on October 14, 1926 near Val Soucey, Alberta.  She had four sisters and six brothers, and went to school at Moosehill. She met and married Paul Kolach on November 10th, 1946.  Her and Dad moved to a piece of land just outside of Thorhild, with only $5 to their name.  Through lots of hard work, they built a home, and somehow managed to eek out a living on the land, and that was where they lived their entire married life. They had two daughters, Judy and Ruth, and a son Larry. Larry passed away in 1967.

In later years, when her and Dad were on their own and empty nesters, they travelled extensively around the world. In 1994, her husband Paul passed away, and not too long after that, she sold the farm and moved to Edmonton. After renting an apartment for a few years, she bought a condo, where she lived until she passed away on February 4th, 2021.

Mom remained active, keeping in touch with her family, doing her own housework, and even driving on her own until she was 92.

We love you and miss you Mom.

Special thanks to Pointe West Funeral Home for taking such exceptional care with Mom.