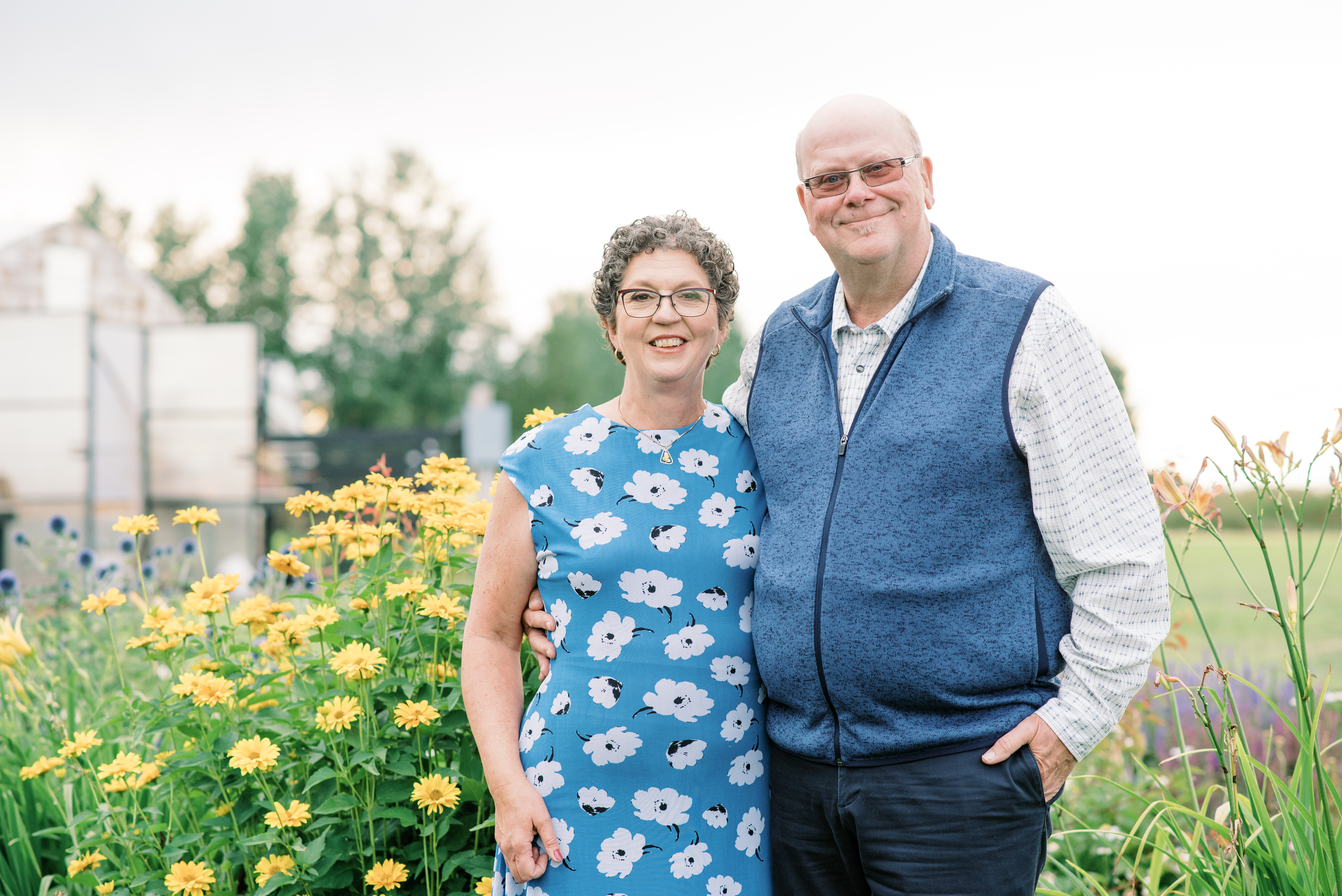 While attending school in Westlock, mostly at St. Mary’s, he was involved in many sports, including volleyball and baseball, where his teams advanced to the provincial finals.  He started to be employed at an early age, delivering papers, delivering groceries, first with his bicycle and as soon as he could drive, with the store’s van.  He moved to Edmonton after graduation and worked for a variety of companies that sold tires and cleaning supplies.  He eventually worked his way into the valve industry, working for a number of companies, both inside and outside sales.

Ken has had many roles in his lifetime.  He was first a son and brother, born to Jack and Juliette Lewis.  He is a brother to 2 brothers (Phil and Wayne) and 5 sisters (Gloria, Shirley, Linda, Marlene, and Diane) being second youngest.  He fondly mentioned how he always remembered the smell in the kitchen of bread baking after school. He also knew that his Mom had made a pan of cinnamon buns for a snack.  He loved and was loved by all of his siblings, despite age differences and distance.  He adored his parents very much, even opting to hold his wedding to Brenda at his mother’s senior citizen residence so that she could attend with ease and comfort.

Ken was the beaming father to Claire and Gregory.  He attended their soccer games, art classes, and choir with pride, encouraged War Hammer games, scheduled movie theatre outings, cuddled up with good books together, planned tenting adventures, campfires, bike rides, shared many Pho lunches, and countless memories were made cooking with his kids — the family favourite being spaghetti.  He was so proud to be their dad, unsure at times if he would ever be one, and never took fatherhood for granted.

Ken was a friend to many, having met lots of people through work and play, and cultivated those friendships with card games, BBQs, dinner club, invitations to music events, sharing tickets to Folk Fest & Blues Fest, and his love of hosting, which is why he was frequently described as the ‘glue’ that held the ‘gang’ together for many years.  A testament to the wonderful friend he always was, he maintained long term and long distance friendships with so many.

Ken was a husband of 7 years and partner for just over 10.  He and Brenda met via eHarmony in 2011.  They hit it off early, being raised very similarly, strong family ties, and money sense.  That very quickly turned to love as they both found joy in life lived together.  After a mitral valve repair in 2012, his passion for all-work, no-play philosophy changed, and he downgraded to a service job at the recycle bottle depot.  They took trips to Maui, Arizona, Atlin, Nevada, Montreal, Ottawa, Winnipeg, Nanaimo, Vancouver, but sadly never got to take their trip to Scotland and Ireland, as well as Australia and across Canada.  They upgraded their motorhome in 2019 and used it every chance they got, a close-to-home form of travel. Camping at the Devon Lions campground became a great source of pleasure, especially liking the stalls along the North Saskatchewan River, and called that view their “television.”  They’d marvel at the wildlife and hear the coyotes in the evenings.  The joy and peace of sitting in the captains’ chairs was their primary spot for observations.

Ken’s best and most recent role is Grandpa, Grandpa Ken to Zion for 3 years, Nevaeh for almost 11 years, Amelia for 8 years, Sebastien for almost 7 years, and Vincent 4 years.  Grandpa adored, spoiled and doted on the grandchildren. At his house, when sleepovers were more common, his job was to get up with the kids and give them popsicles at 7am, granted they were Grandma’s homemade and ‘healthy’ ones.  He introduced the grandkids to music of course, blasting the radio while giving them rides in the car.  He taught every one of them the peace finger signal.  He was introducing them to backgammon, that he loved to play, as well as his love of Solitaire games — in which Sebastien and Amelia have adopted their favourites.  He loved to show off the garden to the kids, often arranging for them to pick and wash potatoes and carrots.  Vincent loved to climb up into Grandpa’s lap at every opportunity to read a book, talk about Star Wars, share a giggle, or just cuddle.  Ken liked to order books and gifts from Amazon and have them show up at the kids’ door, unannounced.  He was a very thoughtful and observant grandparent.  A couple of weeks before his passing, he had 3 of his grandchildren at the splash park in Devon when he noticed the two youngest ones, Vin and Zion, were not enjoying the water.  He took them by the hands and asked if they wanted to go for a walk in the garden instead, on a walk to admire the flowers, in which they happily agreed.  He recently planned Zion’s 3rd birthday celebration at the Devon campground where he surprised Z with an ice cream cake and gifted him with books that he had picked out himself — along with a message from ‘Grandpa Ken’ in the first page, his signature way of showing his love.  He was a very proud and wonderful grandfather.

Ken was playing his 80th golf game this year when he collapsed. He had taken up his love for the game in the past 8 years, and was happily reducing his handicap.   Golf became part of his and Brenda’s summer routine, early morning tee times were the best.  He would comment on the morning sky, “this is what we wait all our lives for, the chance to do this and in this beautiful setting.” Just two weeks before his death, he shot the best game of his life (a score of 85) and took all opportunities to tell everyone. Ten days before he passed, he took four of his grandchildren for lunch at the Devon golf course, searching for lost golf balls in the bushes that lined the walkway to the clubhouse. Bonus points if they found his favourite brands, Callaway or Titleist.

One of his passions was music. There are approximately 2000 record albums and slightly more CD’s at his house, 6200 songs on the iPod and more music arriving as the Amazon orders come.  He and Brenda would hunt for record stores at every place they visited over the years, always finding some gems in the mix.  Music festivals were a large part of their summers.  For 3 years they volunteered at the New Moon Folk Club as the door personnel, Ken being a shoe-in for the role given his height.  For Christmas last year, Brenda gifted him with the music magazine subscription Uncut, which opened him up to even more music finds to which he joked, “Oh great, now I have to buy more CDs.”

Brenda was asked about Ken donating skin, tissue, bone and eyes after his death. Since Ken had received 2 corneal transplants from deceased persons in the past, she readily agreed to it. Therefore she is asking in lieu of flowers, please donate financially to give.blood.ca, specifying Organs and Tissues. He would have been proud to be able to contribute in this way.  AND have the conversation with your family about your declaration of intent /wishes to donate in the future and make if official by signing your donor card.

Pictures and special messages of condolences for Ken below 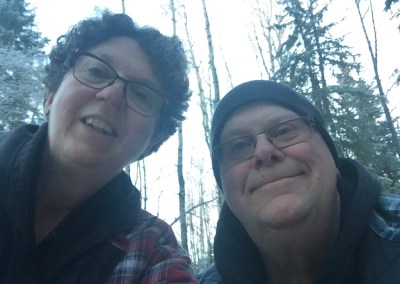 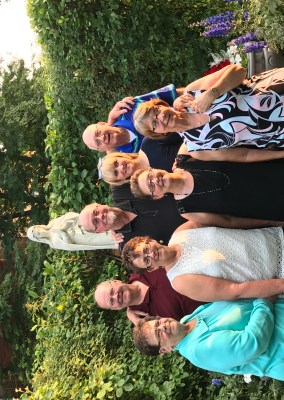 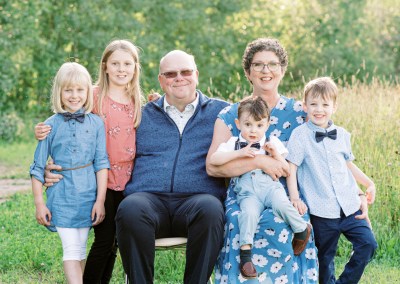 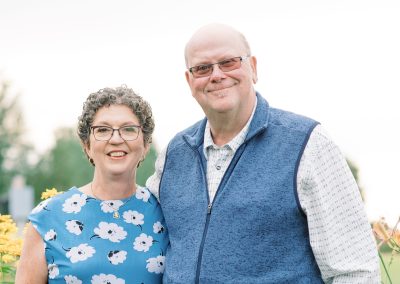 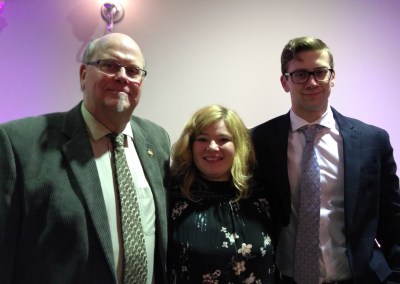 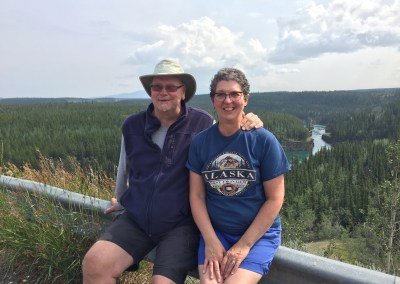 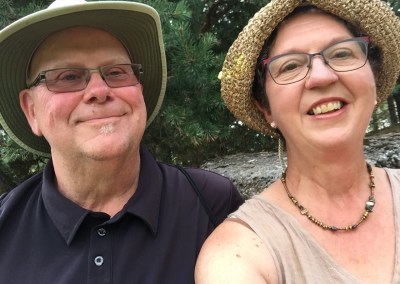 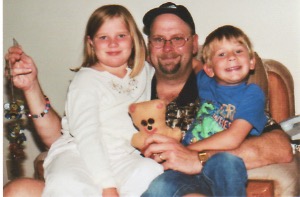 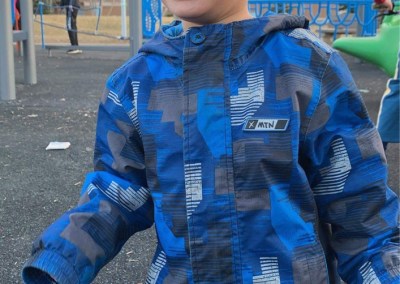 In Loving Memory of Ken

We were saddened to hear of Ken’s untimely passing.  We have many fond memories of him  going back over 20 years. We met through our sons. Gregory and our son attended a playgroup and play school together. There were play dates for the boys, and dinners and BBQ’s at the old house with Ken as the chef.

Ken had the ability to bring people together for an event or evening out, which usually involved music. We went to concerts at Festival Place, and joined him and Brenda for dinner with other friends before the concert. It was a lot of laughing, great conversation, and enjoying a great meal together. This was quintessential Kenny, and he was the one that made the magic happen. He got us tickets to Folk Fest many, many years ago. We went a few times with both of our families, visiting and enjoying the music together.

We will always remember Ken smiling, laughing, and telling jokes. He was a gregarious, outgoing person who could make friends with anyone instantly. Ken was a kind and generous man with a big heart, and it was a pleasure to know him. He will be missed by many.

We send our deepest condolences to all of the family.

We were greatly saddened to hear of Ken’s passing.  Visiting with Ken always included music and laughter.  Our condolences to his families.