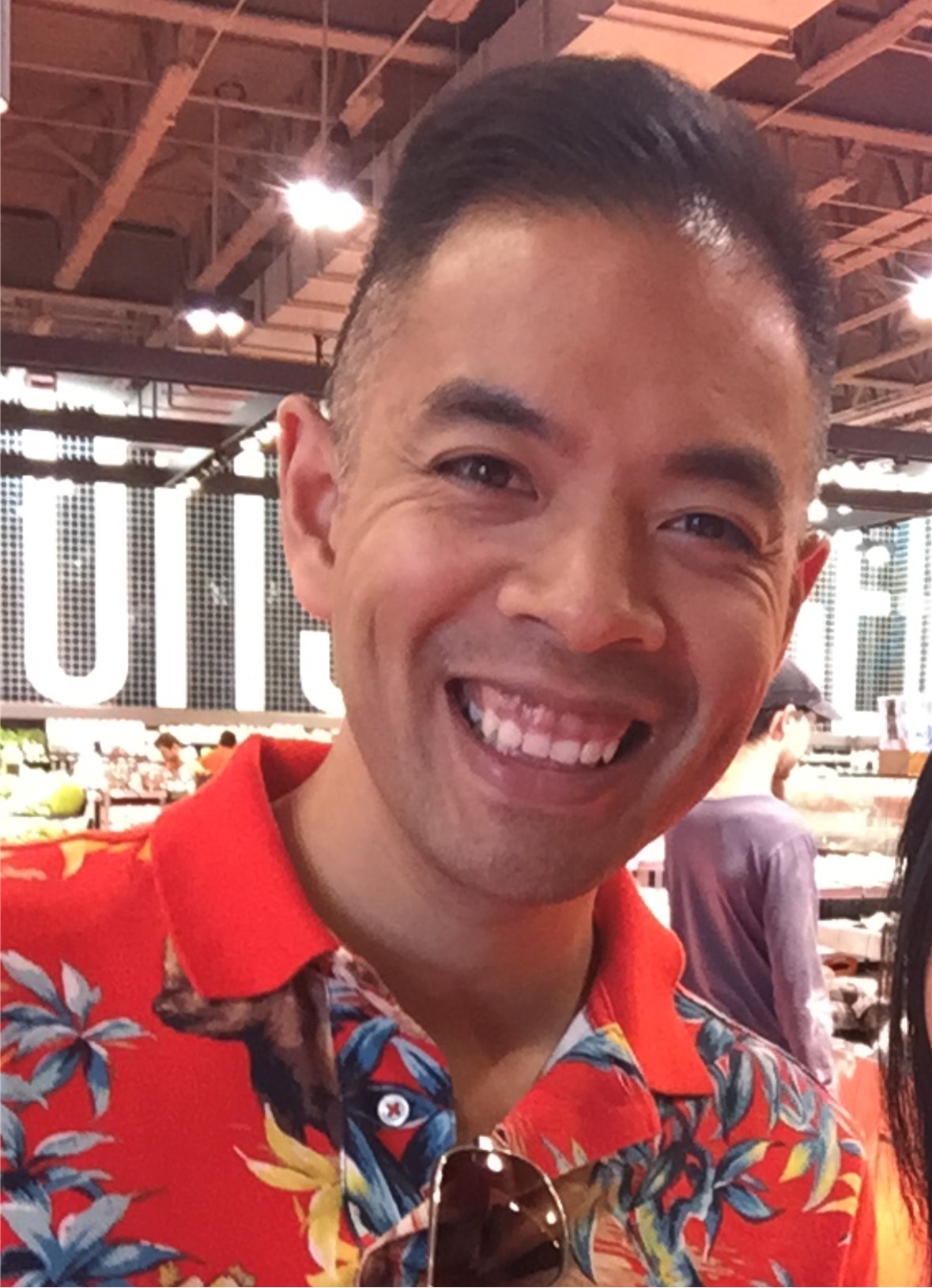 It is with great sadness that we announce the sudden passing of Raoul Mendoza the afternoon of August 20, 2022, outside the town of Oyen, just east of Calgary.

Raoul is predeceased by his father-in-law Benjamin Marcos and his grandparents.

A simple funeral service will be held:

Video feed/link of the funeral service

Burial will take place on a future date.

Raoul was born on August 18, 1978 in Edmonton, AB. He was the middle child with two brothers. Raoul lived in North Edmonton for a short time before his family settled for the remainder of his childhood in Morinville, AB. He and his friends in Morinville had a bond from elementary school all the way to high school at Morinville Community High School (MCHS). They all had nicknames for each other: J-Dub, Sweaty Bell, Swerda, Frenchie, Adac, Big City, Mini, The Clowne, Ad Roc, Dre Day, Gibus, Baumle, Dougie, Bertrand, Mikey, Maj, Kinezo, Big Shawny Tunes, and Nauty (To name a few, and this is just a few). Raoul’s nickname was Radio (I don’t quite remember all the facts about how he got this nickname, something about a Cuba Gooding Jr movie – maybe ask Jay Wilson). There are so many stories to mention their shenanigans as they were growing up. Find someone from the Morinville crew and you will hear stories that can go on for days. One day I hope his three sons hear all the stories, even the non-PG stories, because it shows how much fun, love and comradery there is between everyone.

Raoul went to three high schools – Morinville Community High School – MCHS (up to grade 11), Eastglen High School (Edmonton – They had a specialized arts program Raoul was fortunate to be accepted into), and Archbishop O’leary Catholic High School (Edmonton – to upgrade some of his courses). Some people didn’t realize he left MCHS or some people thought Raoul graduated with them at MCHS. Which is funny because he was only one of three Filipino kids in Morinville at the time. It just shows what an impression he left with them.

Raoul and Rommell moved out to Edmonton on their own, so Raoul could attend Eastglen High School and Rommell could attend NAIT. As two single bachelors their diet consisted of fast food, mac and cheese, spaghetti, and pop tarts – with a side of Nutella (Raoul loved his Nutella).

After his high school tour, Raoul was accepted into the Art and Design program at the U of A. Here he met a new group of design friends and built friendships that again continued to this day. Raoul was meticulous in all his projects. There were many long nights working on projects, with many late night eats at Ho-Hos. You could always know Raoul was coming because you could hear the swish swish of the track pants he wore almost all the time. Then there was the ” The Embassy” in the central academic building (CAB). “The Embassy” was composed of mostly Filipino, and many others who would always sit at the same table at one end of CAB. Skipping Econ, eating bad fries and Spam, taking naps, doing assignments, and forming lifetime friendships.

Raoul as our friend Ian put it “[Raoul] would provide the wit and key insights to help you though [our university days]. It was fun being with Raoul, but you also came out brighter and enlightened (if not sore from laughing). He projected positivity – which made you feel at home with him in the process, tacitly and incidentally we all became entangled – in the best ways where the present would connect us for the future. Through the years, we all were each other’s cheerleaders for our life achievements and milestones. Unsurprisingly, Raoul had many of them – and on the way he left his mark on many others the same way he did at University”. Raoul graduated from the University of Alberta in 2001, with a Bachelor of Design in Business and Marketing

Professionally worked for various companies as a graphic designer. He was chosen as an intern at Toronto’s Interbrand-Tudhope to work as a graphic designer. He beat out all of Canada to get this position. He then came to work for Red Engine and Yellow Pencil in Edmonton each for a couple of years. Raoul started his own design firm DirtyLab Brand Communications (2004), and now Nice Work Branding & Graphic Design (2014). He also partnered with his close friend Tina to form Yummy Me! (2018) – handmade self-care products sold locally in Edmonton. He has left his creative designs all over the industry from the University of Alberta, Government of Alberta, Cookies by George (just to name a few), and the one that still is here today, the logo to Driving Force.

And let us not forget about his fashion sense; from the hair, to the clothes, and home design. For a period, his hair went from bowl cut, to undercuts, fluffy, helmet head, dragon ball hair, highlights (including frosted tips), side band swept with hair clips, spiky short hair, bald, and now his current short side and side swept short top. Then his clothing – everything he wore was anything but regular, loud, flamingo shirts, well cut jeans, white pants!, baggy pants, pink striped shirts, floral shirts, fancy shoes, Doc Martins, Converse. He always looked well put together, even on a casual day to run errands. If in doubt about what you are wearing, just ask Raoul. Except for the time he looked like raided “a boy band clothing shoot.” I told him once “N’Sync called, they want their denim vest back!”. He didn’t care, it was his style. Except when we went to weddings or galas. It was a hard no for me for him to wear sneakers with his suit.

Over the last two years, Raoul developed a huge interest in Scotch, Whisky, Bourbon, and Rye. Being stuck at home like most of us, he found something to occupy his “captivity” at home. He found new people online across Canada who shared his love for Whisky. His online posts with the infamous Dinosaur was his trademark background. It became his trademark when posting a new find. He would geek out late at night with his Whiskey friends, having many online drams and talking about the “hints of vanilla, chocolate and woody flavours” one could decipher with each whiskey. For example, we would share whiskey late at night but my descriptions would be it either burned or not. Never as eloquent or detailed as Raoul’s description of the whiskey. He could talk your ear off. I would just nod and drink. His collection grew to an impressive range of rare and interesting finds. He even found many of his “unicorns”, including one from the year he was born 1978.

Raoul and I (Bernadette) met the summer of 1996, at Pigeon Lake, AB. He wore a huge white Raiders t-shirt, had funny hair, and what looked like an attempt at growing a moustache. Needless to say, he had a “great personality.” When I left the lake, I “thought” I would never see him again. But he remembered my last name, and the side of the city where I lived. He took out the phone book and a transit map of Edmonton and determined which phone number was mine. Some might consider this stalking, but for him I was interesting. I was a “diamond in the rough” as he put it, and he accepted a personal challenge to redesign my fashion sense. We started dating Dec 1997, were off and on for a couple of years, but after a trip to the Philippines together in late 2005, decided he wanted more. We were engaged in December 2006 and were married on August 16, 2008. Life together had its challenges, but also its joys. We fought, we laughed, we cried, we were silly. No matter what life threw our way, no matter how hard it was between us, we always found our way back to each other, and worked to make us better. In the end we were in such a wonderful place, that all the issues we had did not matter anymore, and only the joy and the life, and love we had built together to this point was important.

Raoul and I travelled around the world mostly together and sometimes apart (to name a few, of course Canada and the US, France, Italy, Belgium, Holland, Spain, Japan, the Philippines, and United Arab Emirates (UAE). So many trips, so many memories. We survived travelling just the two of us for long periods of time. There were many more places we had planned to see.

After about three years of marriage, we had three boys, Gabriel (10), Roman (7), and Julian (5). Family meant everything to Raoul. These boys meant everything to Raoul. He was firm, but fun with them. He recently taught them how to clean the floors properly. And if you have seen our house, the floors are uber clean thanks to Raoul. He taught them if you are going to do something, do it right and do it properly. He wanted his sons to grow up to be better than he was, to be kind to each other, to be all they could be. Every day was a silly day and fun day, mixed with structure and rules. And then there were the unending puns, funny faces, making fun of mommy and especially the “Dad jokes”. There was a “Dad joke” all the time. Raoul played with his sons and loved them more than anything in the world. Remind the kids of their dad with a “Dad joke” or something silly.

There was a presence when Raoul spoke to you. There was wit, charm, positivity and of course connection. He heard you when you spoke, supported you when you needed help, or wanted to reach a goal. He had a knack making things funny, being creative, fashionable, clearer, and insightful. He was so talented in everything he did, created and projected. Raoul left an impression on you. Made you feel loved, appreciated, challenged, and a little bit better than you were before.

With love and care I say goodbye

You live forever in our hearts

You filled our lives with so much joy

I’ll even miss your farts

If I could hold your hand one more time

And see you smile at me

The world would be whole again

And not just a memory

Remembering him is easy, we do it every day. Missing him is the heartache that never goes away.

Until we meet again, rest in peace Raoul. 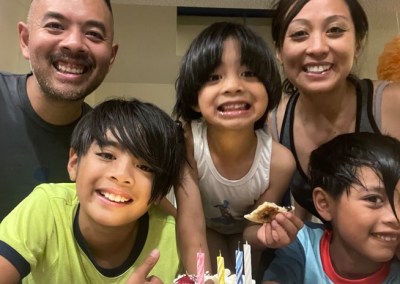 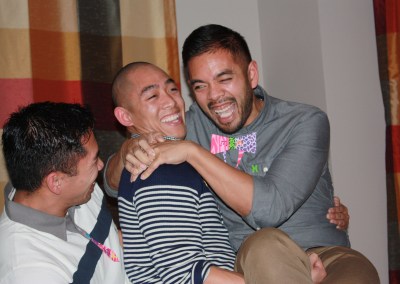 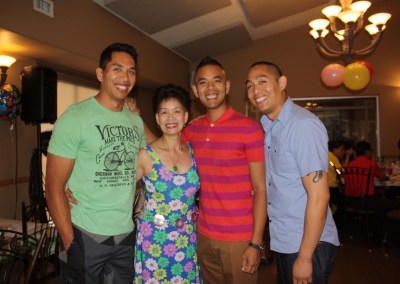 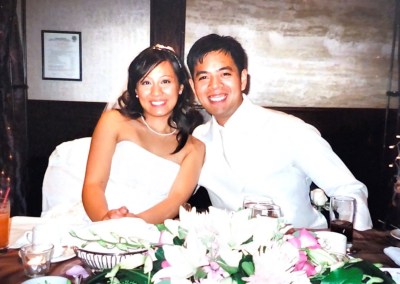 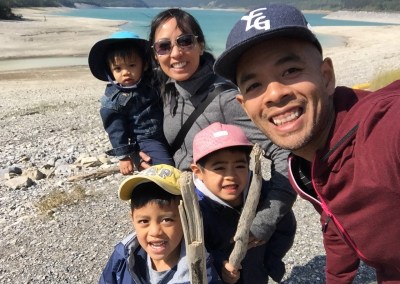 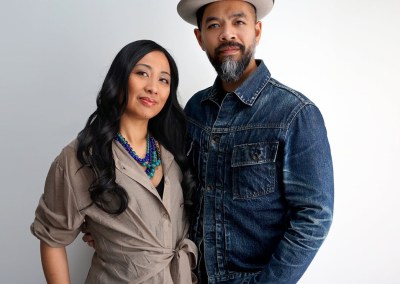 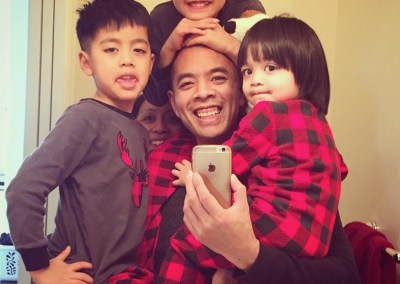 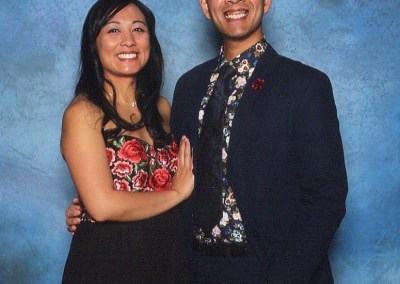 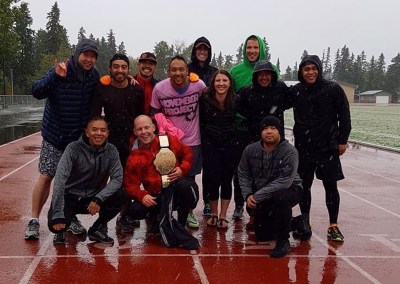 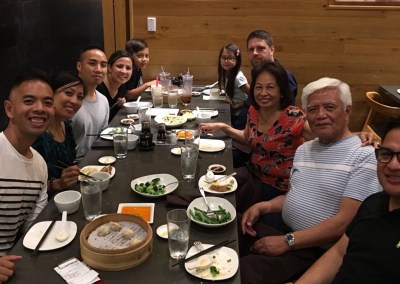 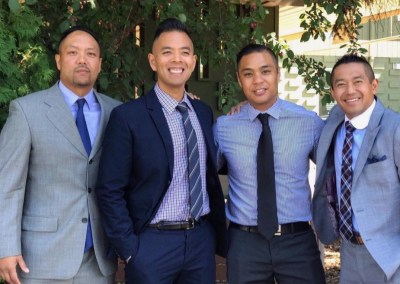 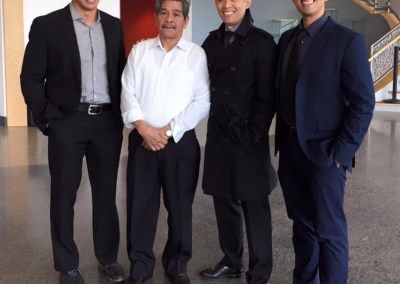 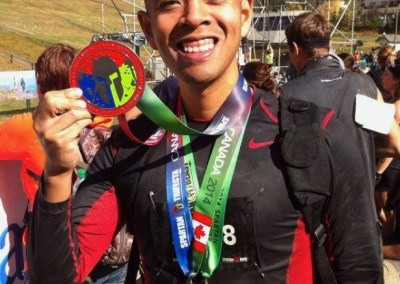 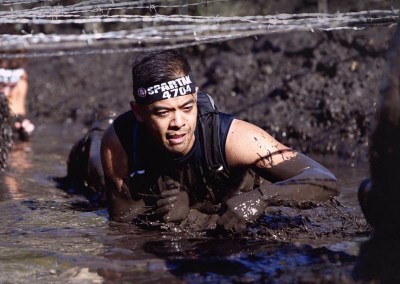 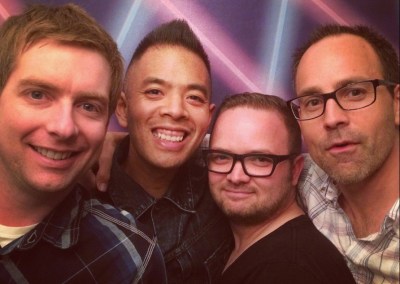