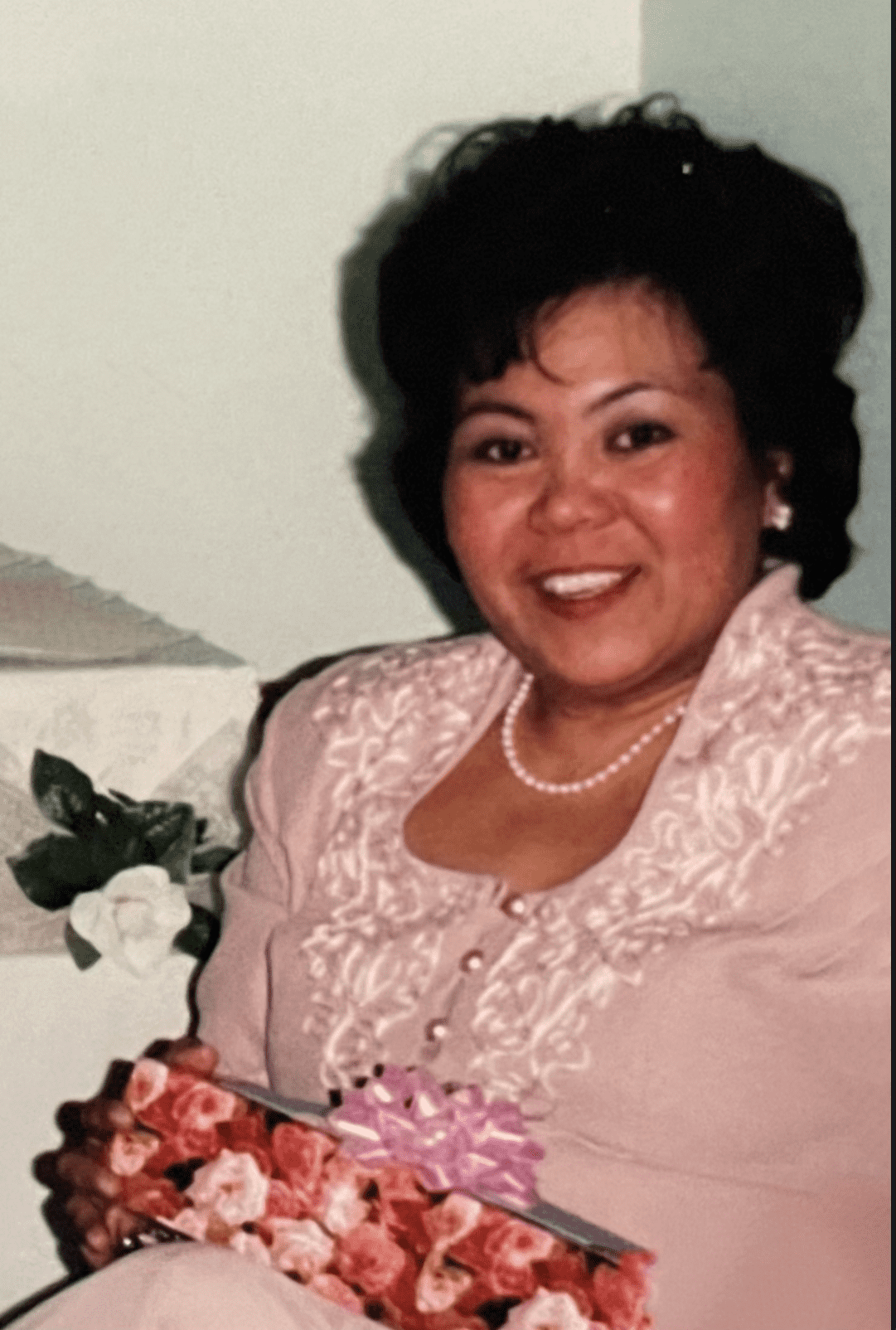 She was a vibrant soul. One who easily lite up the whole room upon entering. A remarkable woman who always held her head up high and gave endless love to everyone around her.​

During the era of sock hops, sideburns, drive in theatres and fountain pop, Luciano and Regina welcomed their first child in the city of Manila, Philippines on September 24, 1950. They named her Regina.

Regina grew up in a house filled with warmth and family. She was the eldest among six other siblings; Margarita, Maria Louisa, Gerardo, Florencio, Luciano and Emiliana. As you can see, there was not a shortage of love in their home.

Regina was brought up with traditional values and learned home making skills such as cooking and sewing; skills that groomed a woman of her era to eventually become a home maker wife. However, fate had something else in store for her. In the late 1960s, Regina left home for the first time and was Holland bound. She spent a good amount of time in Holland working in fashion factories and touring throughout the country and even became fluent in the Dutch language. One of her most favorite places included Bollenstreek, the place where her appreciation for tulips began. The tulip was her favourite flower. She made lifelong friends during her time in the Netherlands; for one of them, who was her best friend, served as her maid of honour for the wedding to her husband- Roberto.

It was not until the mid-late 1970s when Regina came to Canada. She resided in the metro-Toronto area and spent a lot of her time socializing within book clubs, scrabble clubs and of course, the disco. Her interests in the arts, modern rock music and fashion eventually caught the eye of her first love- Maximo. They grew very close and eventually moved to Ft. McMurray with him because that is where he worked. In 1980, they welcomed their first child, Max Joseph, and shortly after in 1983, they welcomed their daughter, Claudia Nicole. During this time, Regina embarked on a fast-growing industry and learned the trade of esthetics. She worked in local salons and eventually opened up her own beauty boutique.

After Maximo passed away, and as heartbroken as Regina was, she remained a strong and independent woman. She took care of her children and ensured that they were cared for by giving them all of her love. She taught them good manners, respect, and sound moral values. As much as her children loved her, they knew that she needed that same kind of love in return.

It’s a love story like no other when Regina met Roberto. Through social gatherings of Filipino potlucks and karaoke parties, the couple remained inseparable. They had a beautiful wedding ceremony in July, 1999. They shared a love for travel and would travel to the Philippines often. They would explore different parts of the land, observing volcanoes and lounging on the beaches.  On Roberto’s days off, they would continue their passion for travel and take in the local Alberta sights of the Rocky Mountains and badlands.

In the summer of 2007, Regina’s family continued to grow. She became a Grandma for the very first time, welcoming her granddaughter, Chloe. Regina gave Chloe unconditional love. The two shared a powerful and immediate bond that was meant to last. In fact, one of Chloe’s first words was “Lola” which means grandmother in Tagalog. Regina loved spending time with her. They would sing and dance, watch movies and go to the parks and malls. Regina was sure to pass on her incredible cooking skills as she had Chloe helping her in the kitchen making delicious traditional Filipino food. Now, as a teenager, Chloe will forever remember the amazing moments she shared with her Lola.

The long-lasting memories of Regina will forever remain effortless. A passionate figure, a kind woman, and a thoughtful individual who always took care of her family and those around her. Her wisdom and sense of humour will live on inside us forever. 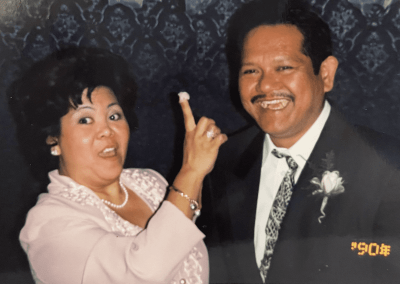 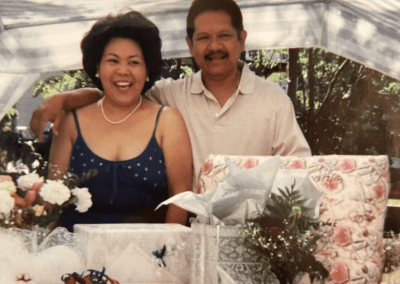 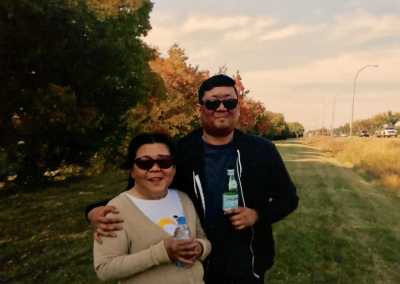 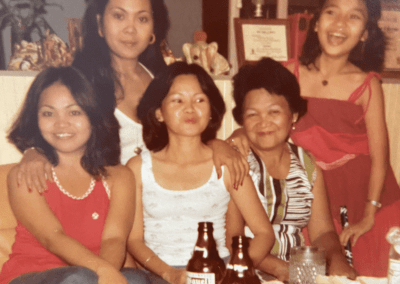 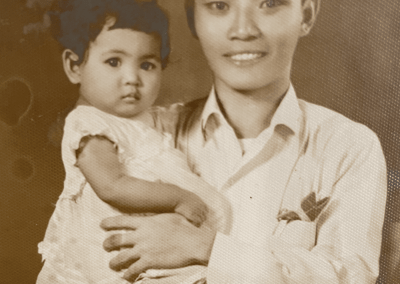 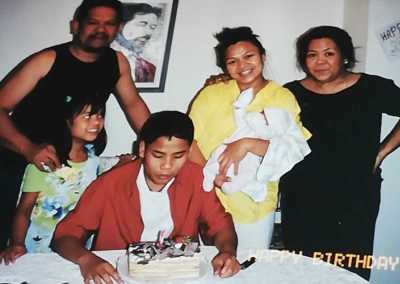 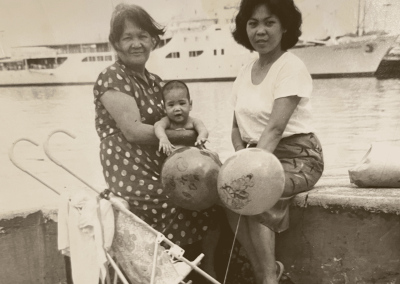 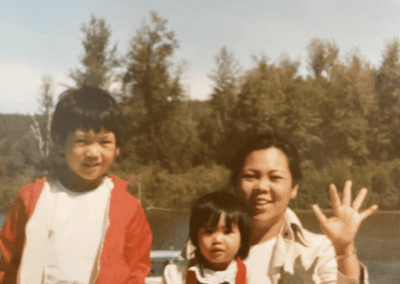 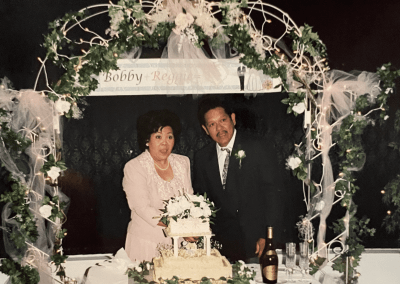 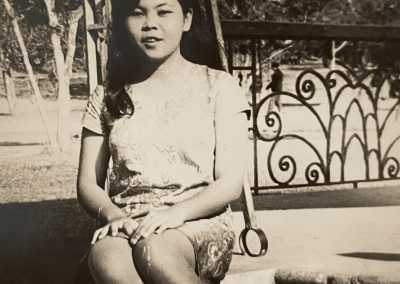 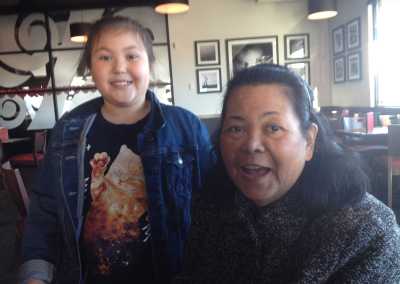 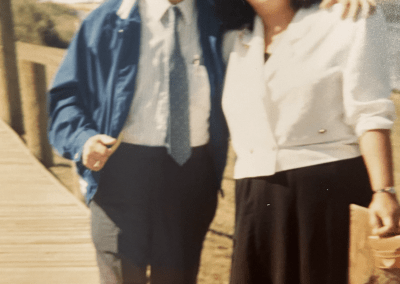 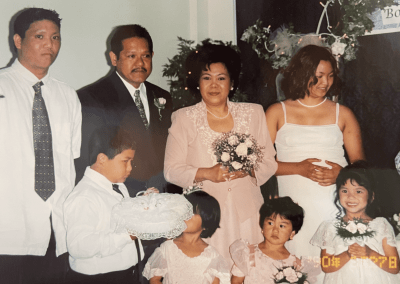 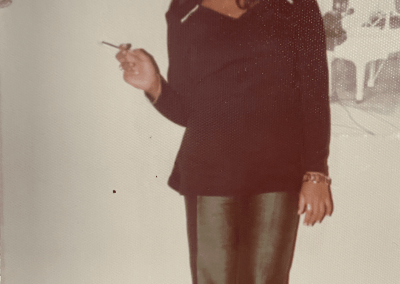