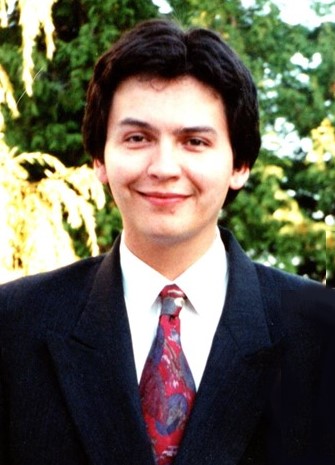 Andrew grew up and went to school in Edmonton. After High school he attended Victoria School of Performing & Visual arts where he took a course in media, learning about TV and music studio production. He loved travel and moved to Lake Louise where he took a job at the Chateau starting as a dishwasher and was promoted to kitchen manager. During his time there he was also a part time D.J. Andrew then went to Winnipeg and took computer courses while also working at the hospital as maintenance staff and had his own small used book & record store. Due to unforeseen medical issues Andrew moved back to Edmonton and for two years worked building valves for Neutron, then for a short while was in retail before working at the Kiwanis Seniors home.

Andrew was a fan of arts & science including music, literature, and mathematics. He was knowledgeable in theology and at one time considered joining the priesthood. Andrew always cared for others and in the last 6 years was a sponsor for “Compassion” an International Christian charity for helping children overcome poverty. His kindness to others was inspirational and shown in the way he treated everyone including his cat, Misha. Andrew had a love for travel which took him to many places in Canada & USA and just before the pandemic went to visit his friends in Boston.