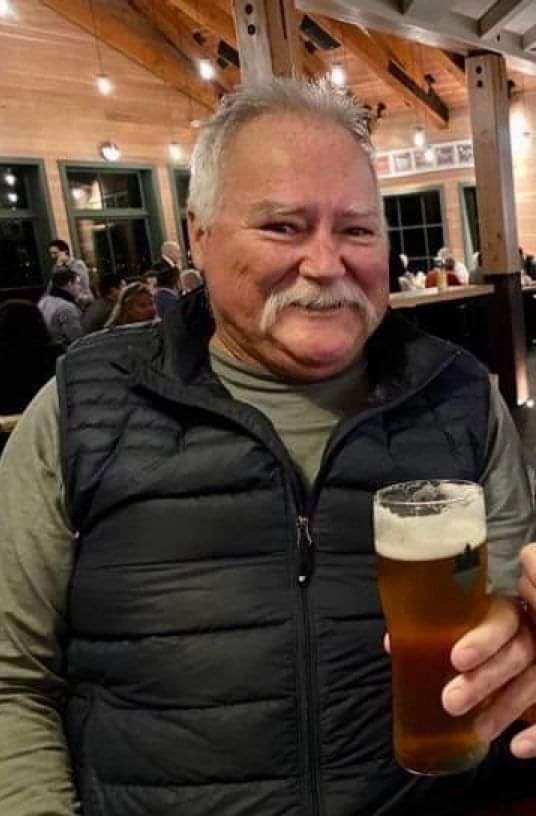 Donations in memory of Mark may be made to the Mazankowski Alberta Heart Institute (Cardiac Unit) info@givetouhf.ca

Mark E Williams was born in Adelaide Australia to Aubrey and Amelia Williams, September 6, 1954 Mark had an older stepbrother Graham who lived in Tasmania and predeceased him. Mark’s childhood friend and neighbour Don Ward was really his brother, from a different Mother.  They remain close friends to this day.

Mark pursued the trades in high school and received his technical education from Mitchell Park Boys Technical High School.  He later achieved his Fitter and Turner ticket in 1975.  He worked as a mill right for several years.  A trip to New Zealand in 1975 sealed his interest in travelling the world.  He settled down in Adelaide, married Lydia Muzyczuk in 1976 and made a home for his family. They had 2 children, Sarah and Matthew.  Sarah continues to live in Australia with her two sons, Lincoln and William, while Matthew has chosen to make his home here in Alberta.  Matt has 3 children, two sons, Blake and Blair and one daughter, Brooklynn.

While living in Australia Mark worked in the mechanical industry as a project manager for a company called Adtherm where he soon became a partner.   In his spare time, he liked to play Australian rules football, jog and play basketball.  As his knees started to give him grief, he traded in the rough sports for the more sedentary game of golf.  To get his thrills he got into the sport of car rally racing and attended car shows.  He owned a 1960 ish MG that he lovingly refurbished.  He would frequently take that MG to rally races and would often, to this day, reminisce at the thrill of driving at breakneck speeds through hair pin turns and the exhilaration of reaching the crest of a blind hill to be awed as the tires bounced then cascaded down the other side.  Sometimes Mark was the driver, sometimes the navigator, but always rally racing has been in his blood.  Mark also owned a 1970 ish Triumph Stag that he painstakingly restored and took to car shows throughout Southern Australia.

In his 40’s  Mark rekindled his urge to travel and took an epic 28-day excursion into South America. He explored Paraguay, Bolivia, Peru, with side trips into the Amazon jungle and Machu Pichu. It was on that trip that he met his now, wife, Lori.  In 1998, at the age of 44, Mark moved to Canada and added Jessica, his stepdaughter, to the family fold.  Jessica and husband, Sean have just recently added Isla another granddaughter, to Mark’s blended family.

Mark found work in Canada as a Mechanical Project manager and contracts administrator.  Throughout the past 23 years he has worked for a number of companies in the Commercial and construction industry here in Alberta.

He continued to pursue his love of Golf and sports cars. His love of cars soon progressed to motorcycles.  Over his time in Alberta Mark has owned 3 such beasts….a Honda Magna 750, a Kawasaki Mean Streak and a Honda Goldwing. The Kawasaki Mean Streak was always his favourite.  A Copper coloured machine that beckoned him every summer weekend for 5 years.  By 2017 Marks medical issues had made motor cycling difficult so in 2018 he went back to what he loved most, another sports car.  He made a nostalgic purchase of a 2007 Nissan 350z roadster with a rag top…. reminiscent of his earlier days in Adelaide. He drove it every summer until he broke his arm in May of 2021.

Mark has made many friends over the years within the mechanical industry and through his love of Motorcycles.  He has enjoyed many motorcycle trips throughout Alberta, Hawaii, California, Florida and Nevada.  Every year for many years, rain, sunshine or snow, no matter the weather…  Mark, along with his circle of Motorcycle friends would make the annual pilgrimage to Wayne, Alberta for the May long weekend.

Mark has always loved to travel and a road trip was usually in the cards every year. Whether that trip was on a motorcycle or in the comfort of the car He was happiest when he was driving down the road.  Mark loved the challenge of driving on back country dirt roads, snow covered Highways, massive 12 lane freeways, or the European Autobahn…. If Mark could drive there he preferred it. Some of Mark’s and Lori’s road trips included a 1-month trip down the Mediterranean cost of Spain.  Navigating the narrow roads of Europe was always exciting.  Another trip was down the pacific coast of the US – Washington, Oregon and California then hitting Arizona, New Mexico, Colorado Wyoming and Montana on the way home. It was an epic 7-week journey.  Ecuador was yet another road trip.  Driving a Jelly bean of a car, they navigated the mud drenched roads, potholes of the fishing villages and volcanic ash covered highways to experience Ecuador’s expat communities.  But for all of the last 15 years of searching for that perfect expat community abroad, Mark and Lori figured that Yuma, Arizona was the place to be.  The friendships they developed in 2018/19 are long lasting.

Destination holidays to experience new cultures had always been part of the travel plans.  Mark and Lori did an epic tour across northern Italy, with Family and friends, stopping in at Venice, Verona, Pisa, and Florence ending with a stint in Austria and Bavaria and finishing with a trip to Munich to experience Oktoberfest.  A different trip to Thailand’s expat communities of Chang Mai and Chang Rai opened their eyes to the spirituality of Buddhism. While their more active side, braved the climb up Kilimanjaro and the amazing African Safari that followed.

Mark always enjoyed time with Family and Friends….barbeques in the backyard, gatherings at the pub, social functions and birthday parties.  Over the years, Mark and Lori have had the pleasure of hosting and playing tour guide to many family and friends, including some Aussies.  Peter and Vickey Best, Don and Chris Ward, and Cousin Owen and Wendy Bradbrook, just to name a few.  Mark was always proud to show off Alberta and British Columbia’s wonderful mountain vistas, the spectacular ice fields, amazing waterfalls, green glacier silt lakes, white water rivers, the myriad of hot springs, Ski slopes, and the SNOW to his Aussie friends..

Family and Friends, Sports cars, motorcycles and travel have shaped Marks life from his early 20’s to his recent passing.  Yes, the past 6 years have been fraught with medical assaults on his body.  Through it all, his friendships, and his exposure to different Cultures have offered him an amazing sense of peace. He has had a full life, a good life, and incredible adventures.

THANK YOU, for being a part of it. 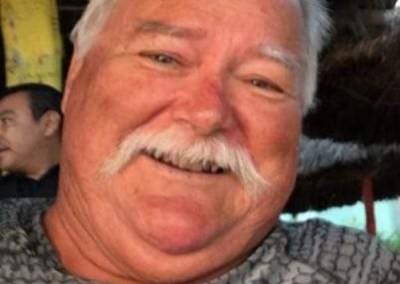 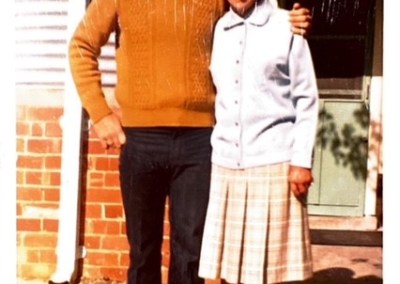 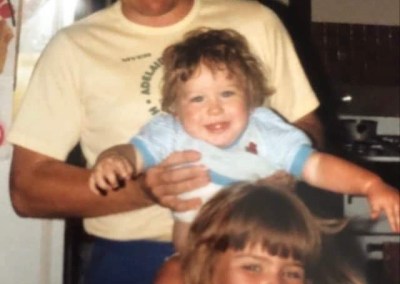 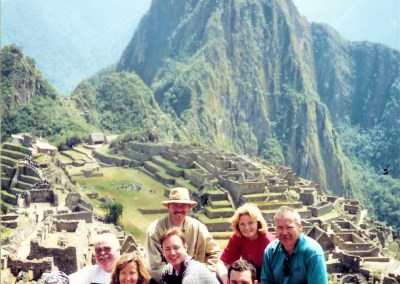 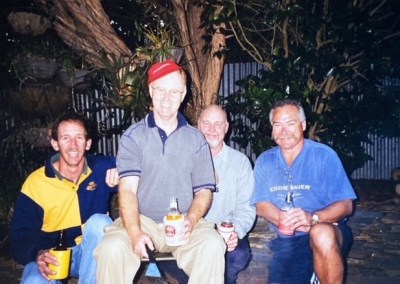 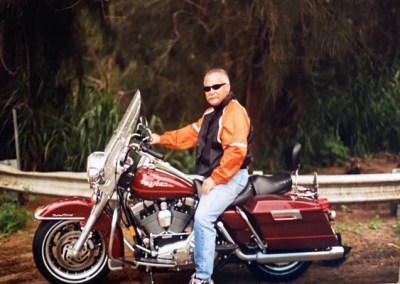 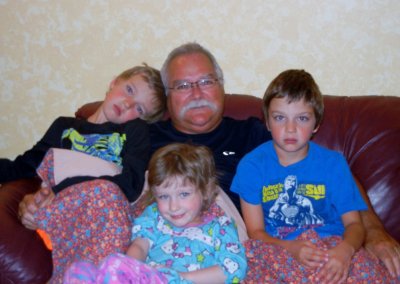 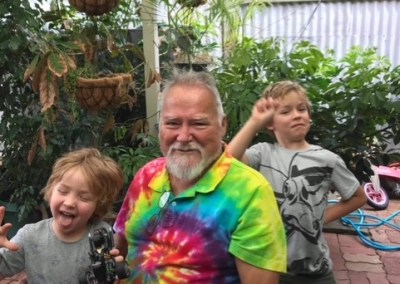 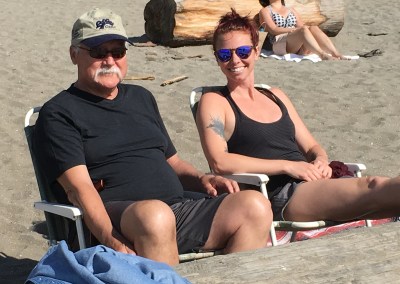 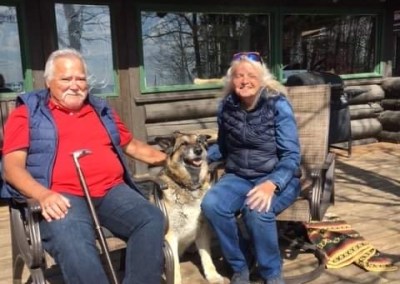