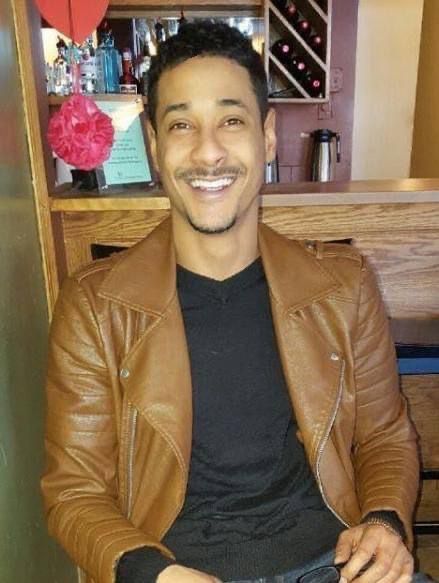 It is with deep sorrow and much love that we mourn the passing of our beloved Daniel Jerome Chung of Edmonton Alberta at the age of 38 years old on Tuesday, April 26, 2022. Daniel was born on January 29, 1984, in Edmonton, Alberta Canada. He was a beloved son, brother, uncle, grandson, cousin, friend, and talented chess player.

“He is survived by his mother, Patricia Henry, as well as his brother, Christopher Chung, sister, Keisha Charles (Rodney), and his grandmothers, Kathy Harper-Hall (Barbados) and Monica Millin (Edmonton). He will also be fondly remembered by his Aunts, Marlene, Juliette (Barbados), Winsome (USA), Violet, Dian (Edmonton, Uncles, Patrick and Roydon (Jamaica) Robert (Edmonton), his nephew, Anthony, nieces, Maria and Khaleesi (Edmonton) various grandaunts, granduncles, numerous cousins that loves him more than words can express.  Daniel also leaves behind too many friends and other relatives to list around Edmonton, Calgary, BC, and throughout the world.

In lieu of flowers, the family is asking for donations to be sent via e-transfer to his mother, Patricia Saunders at mizpat2010@gmail.com or mail to 15407 – 105 Avenue, Edmonton, Alberta T5P 4R3 Canada to help offset additional funeral expenses.

Daniel loved building things from a very young age and would disappear for hours only to find him alone in his room or with his two friends, Kareem and Jonothan somewhere with many different items that he would gather from various places to use to build his contraptions. Daniel loved playing chess.  He sometimes would sit in his room and play chess even by himself or with anyone who would challenge him to a game. Daniel had a humongous interest in stocks/bonds and investments and would often try his hands in these areas.

A public Celebration of Life will be held at Saints Church (formerly WECA), located at 6315 – 199 Street, Edmonton, Alberta on Friday, May 20th, 2022 with the viewing of the body at 10:00 and celebration service at 11:00 am. The family encourages all who knew Daniel to attend to share and celebrate his life

Saying goodbye to one of my children was never the way things were meant to be, but here we are — and for Dan, we will go on as this is what he would have wanted.  Goodbye, Dan, we will always love and miss you!

“A Mother’s love for her child never ends; it grows and grows and never stops, even after her death.”