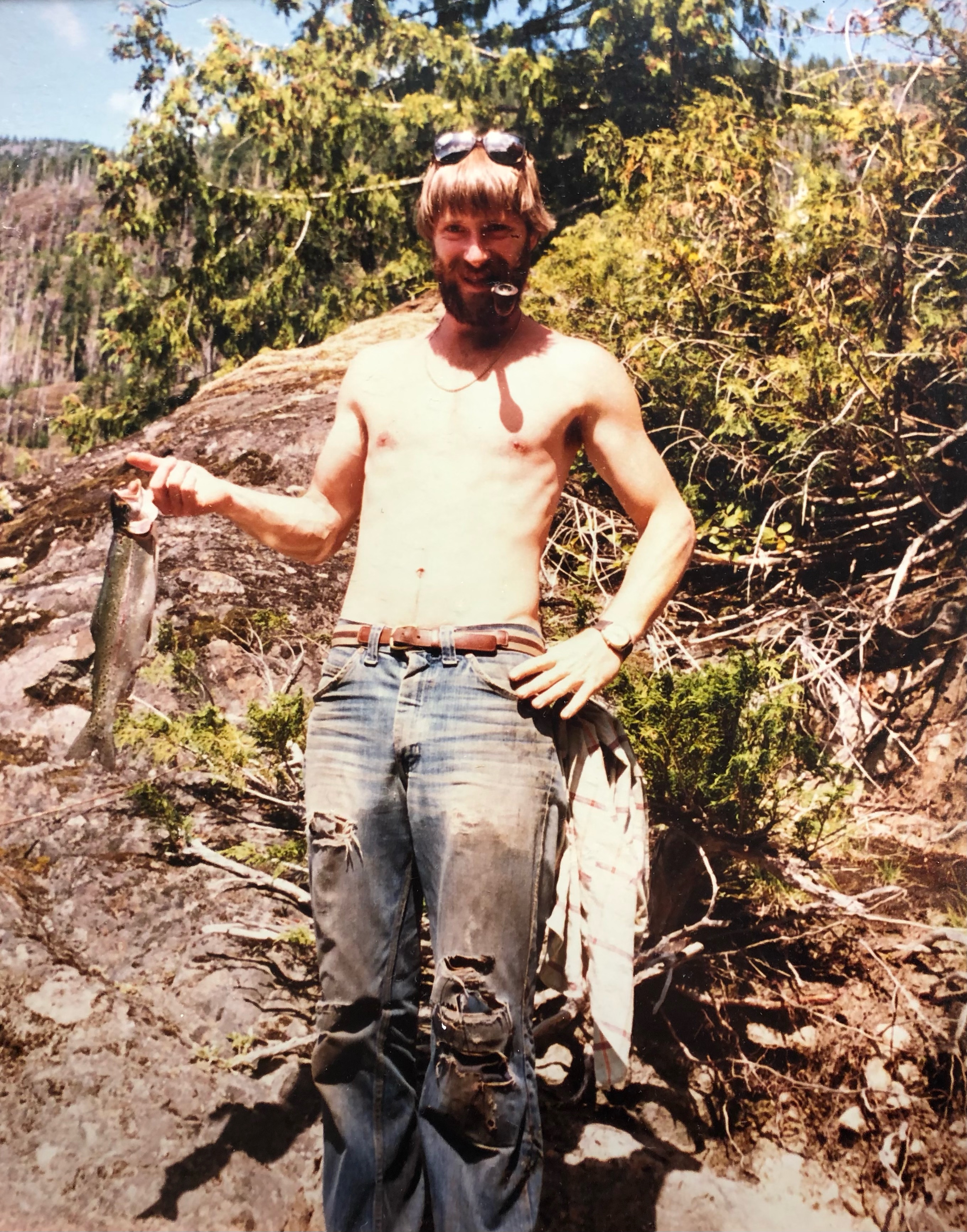 Instructions for live stream
Please follow the link
https://youtube.com/@ifillmedia8641
When on the YouTube page the live stream will be active at the latest 15 minutes prior to the service . For those viewing through a laptop, there will be a “live” tab the will appear. Once you click on that you will be connected. For those view through mobile usage , please refresh the page a few times in order for the video to load through. If you see a video with the word “live” in the bottom right hand corner you are on the correct video .  If are having issues please text 780-625-2020 asking for “live stream” support
Thomas (Ted) Edward Code  was predeceased by his wife Louise Horstman (1944-2016), and his parents: Margaret Eileen Code and Robert George Code. He is survived by his brothers Robert Frank Code and Peter Code and daughter Sabrena Joanne Code.

Ted grew up in Toronto, Ontario. He was a choir and altar boy in the Anglican Church and spent much time at the family cottage on Gibson Lake, Ontario canoeing, fishing, and swimming. His mother taught him how to rebuild engines which began a life-long tinkering hobby. In his youth, he spent summers at Camp Tawingo doing multi-day canoe trips in Algonquin Park. These experiences were formative in Ted’s life and started a passion for the bush. He joined the Jr. Forest Rangers program in Kenora, Ontario.

Ted attended Northern Secondary School in Toronto where he was an enthusiastic member of the swim team. He attended Trent University where he graduated with a BSc. in Geography and Biology. Throughout university he continued to spend time canoeing and being in the bush. After university, Ted moved out west and settled in Alberta and started working with his brother Rob hauling gravel. During this time he also explored the Rocky Mountains and got into skiing, hiking, and ice climbing.

Ted got hired as a field biologist to study river otters from a remote cabin on Winifred Lake, Alberta. Through this work and at this time, Ted made life-long friends and met his soul mate, Louise. Louise was also a wildlife biologist. Ted and Louise moved in together in 1982 and lived in a tiny house near the University of Alberta jam packed with books, musical instruments, and two big German Shepherds. They married in a small ceremony with their parents present on New Years Eve in 1985 in Schenectady, New York.

Ted and Louise had a productive working life together. They started a consulting company and took contracts related to wildlife biology and environmental assessment. They moved to Morinville, Alberta in the late 1980s and quickly became involved in the community. Ted was elected to Town Council in 1992 and then served as Mayor of Morinville from 1995-2001. During his time as Mayor, Ted spearheaded the creation of a recycling program and secured a grant to build the Morinville Regional Recycling Centre. He was involved with local conservation and environmental initiatives as well as the Morinville Public Library. Ted helped start the Royal Canadian Cadet Corps in Morinville and served as a Cadet League Rep for many years. In 2001, Ted had the opportunity to visit Bosnia where many Canadian Peacekeepers were stationed, some of whom were from the Morinville area. Shortly thereafter, Ted was awarded the title of “Honorary Canadian Peacekeeper” of which he was quite honored and humbled by.

After his time in office, Ted worked for a company making insulated covers used to improve the energy efficiency of oil infrastructure. This work consistently took Ted away from home and Louise as most of the work was up North near Ft. McMurray. When Louise developed breast cancer, Ted promptly quit to be home with her and to support recovery. Louise recovered and the two of them decided to retire early and enjoy life together. Louise and Ted had a quarter section (lovingly referred to as “The Farm”) on which Louise had built a log cabin on in the 1970s. They split their time between being at The Farm, touring on their classic BMW motorcycle, and making annual trips to Sanibel Island, Florida where they had a beach side condo. Spending time with friends and family were a priority.

Tragically, Louise’s cancer returned and six years ago, she passed away. Ted never really recovered from this loss but did his best to carry on. He was incredibly generous with friends and enjoyed visitors, especially children, at The Farm. He mentored many young people and loved to impart his wisdom, skills, unwavering support, and several tall tales. One of these youth was Sabrena Code, the child of family friends (both since deceased) who Ted and Louise took under their wings since preschool. This relationship lasted throughout their lives and in 2019, Ted asked Sabrena if he could adopt her as an adult so they would have each other as family officially.

He continued to ride and tinker with his motorcycles as well as many other machines which he collected at The Farm. He also spent hundreds of hours restoring a vintage wooden boat with the assistance of his brother Peter, a master boat builder. Because of COVID and distance, the two spent hours on the phone and over Zoom on this project. In 2021, the boat was completed and Ted was incredibly proud of his “Eileen” (his Mother’s middle name). He loved to take friends out on the lake.

Ted will be remembered as one of the great storytellers, a dear and loyal friend, a thoughtful and generous soul, a mentor, a lover of nature, and an adventurer. He will be painfully missed.

Donations can be made in his name to the Alberta Fish and Game Association https://www.afga.org/ 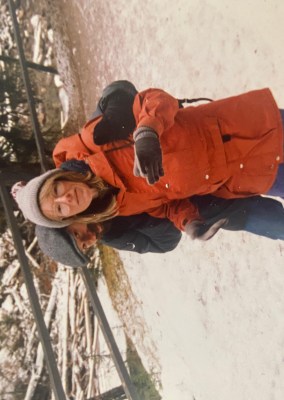 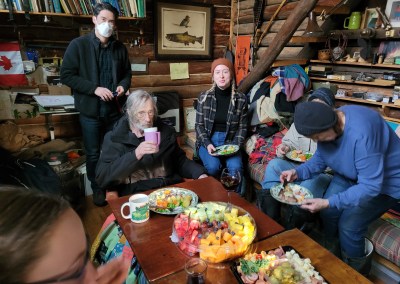 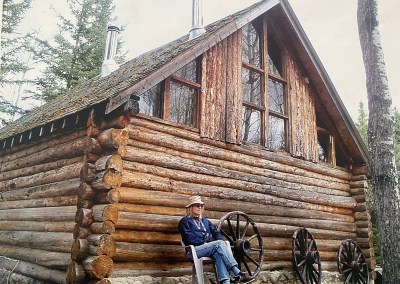 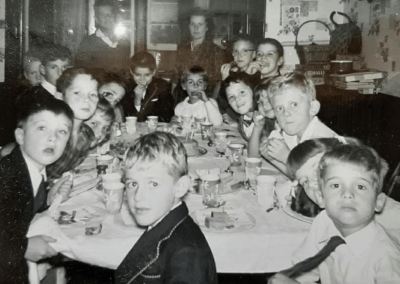 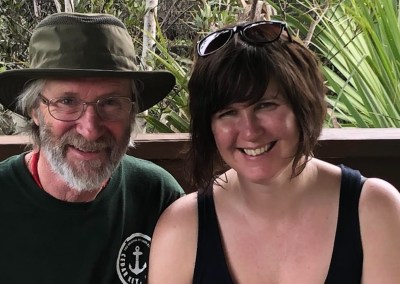 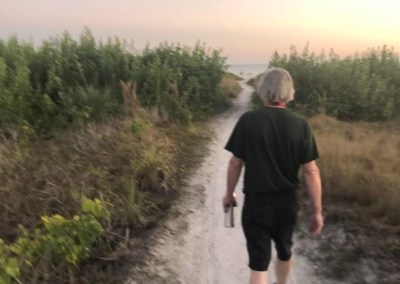 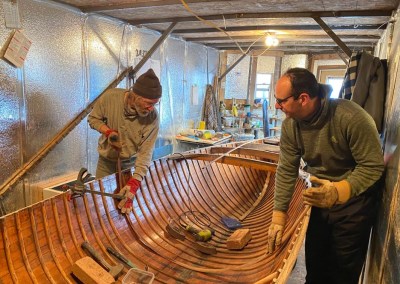 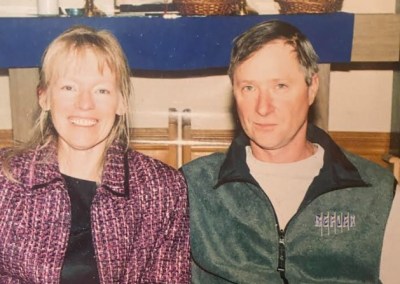 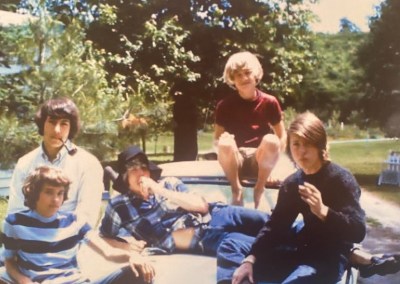 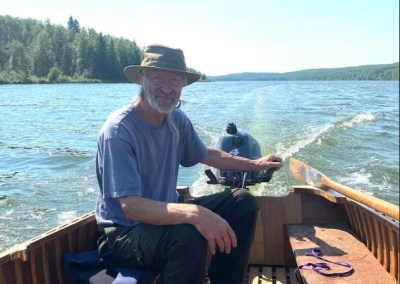 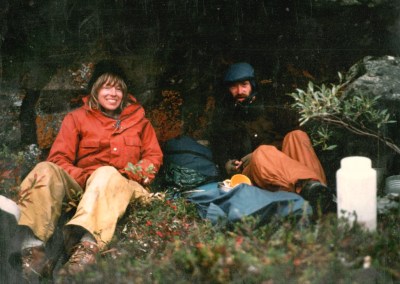 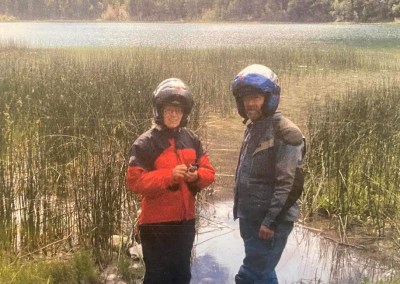