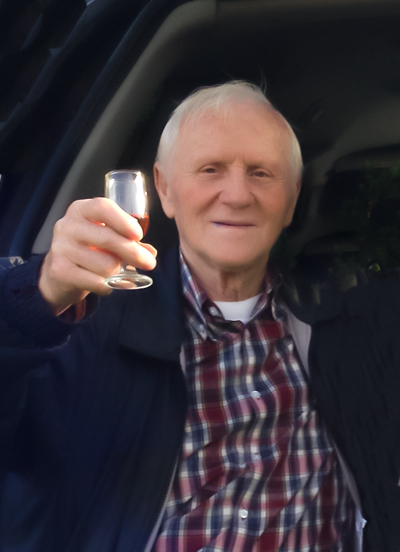 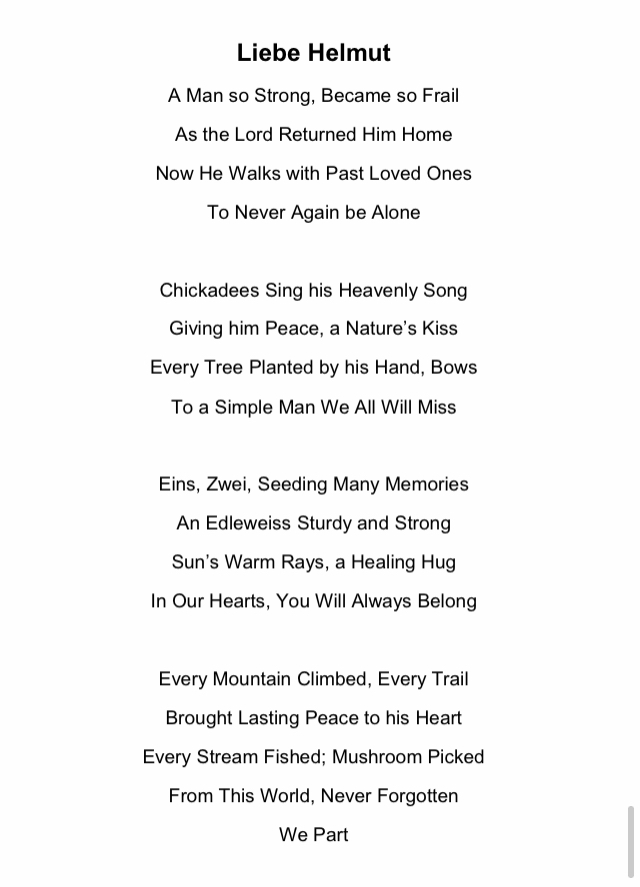 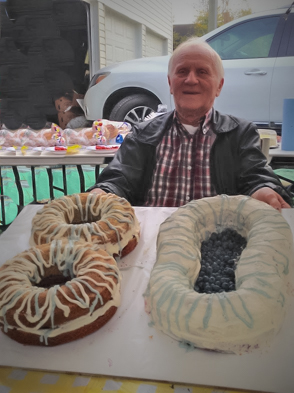 Helmut Petrich was born in a small eastern German village on September 9, 1937 to August and Olga Petrich. Early years were exceedingly difficult due to the onset of the Second World War. Helmut’s father was recruited to fight against Russia on the eastern front and was subsequently killed. Helmut’s mother was left to care for Helmut and his younger sister Gerda.

Following the death of his father they fled west to avoid the advancing Russian army. Helmut remembered traveling with a neighbour family and settling on a farm where there was a measure of safety. He also remembered carrying a crock with sausages and lard as well as garden vegetables during this frightening trip. His mother found work to support herself and her two children, later having another child Gertrud and half sister for Helmut.

Surviving poverty and adversity in post-war Germany Helmut as a young man became a furniture maker. He met his future wife Frieda and had his first child Gisella (1957-2019) before he sought to immigrate to Canada to seek a new life for himself and his young family, inspired by his aunt and uncle who had made the trip and settled in Edmonton.

It was 1957 when Helmut crossed the Atlantic Ocean by ship, landing in Halifax. He continued his journey travelling by train across Canada to Edmonton. Helmut attended NAIT to complete his ticket as a welder. Frieda followed him to Canada and they were married in 1958. Together they had three more children Garth (1958), Harold (1959) and Sylvia (1972) and raised a busy family of 4 children.

Helmut became a successful welder/pipefitter and was a proud member of the Boilermakers Union Lodge 146 for over 45 years. Work was always an important aspect of his life, as he was frequently called away from home to work on shutdowns all over Alberta.

True to his German nature, a strong work ethic along with supporting his family was a priority. He was proud to share stories concerning the nature of his work and his ability to handle anything asked of him.

Helmut loved all aspects of nature, and was an avid camper, hiker and fisherman. The family would enjoy camping trips to areas off the Forestry Trunk Road, in the mountains and closer to home at Miquelon Lake. He continued his love of nature throughout his life and believed that nature should be cared for and protected. He credited his long life to living in the country for the last 22 years. He would say the air was better and the ability to grow a large vegetable garden and fruit trees provided healthier food options. It also provided the opportunity for him to satisfy his tinkering side while he would always find projects for himself. Helmut enjoyed watching birds and other small critters that wandered his property. He even had a pet weasel that would visit him and dance for him.

In 2005 Helmet met his special companion Lucy Facchin.  They spent many years enjoying dancing, trips to the icefields and just spending time at each other’s homes. Be it picking mushrooms, working in the garden, a night of dancing or just enjoying a campfire Helmut lived his life with a joy for all that it offered.

His uncle Raimund Petrich and extended family and friends in both Canada and Germany.

It is with great appreciation the family extends their gratitude to all who have sent expressions of condolence. 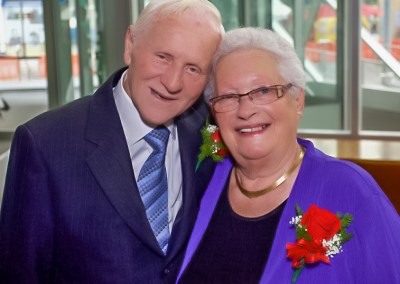 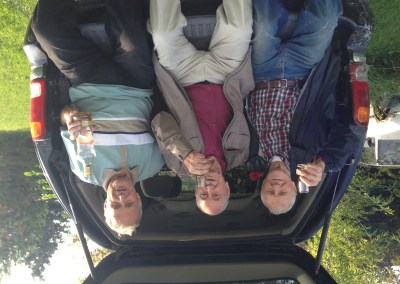 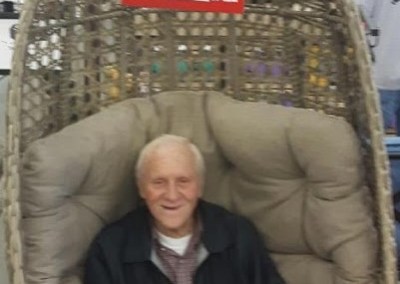