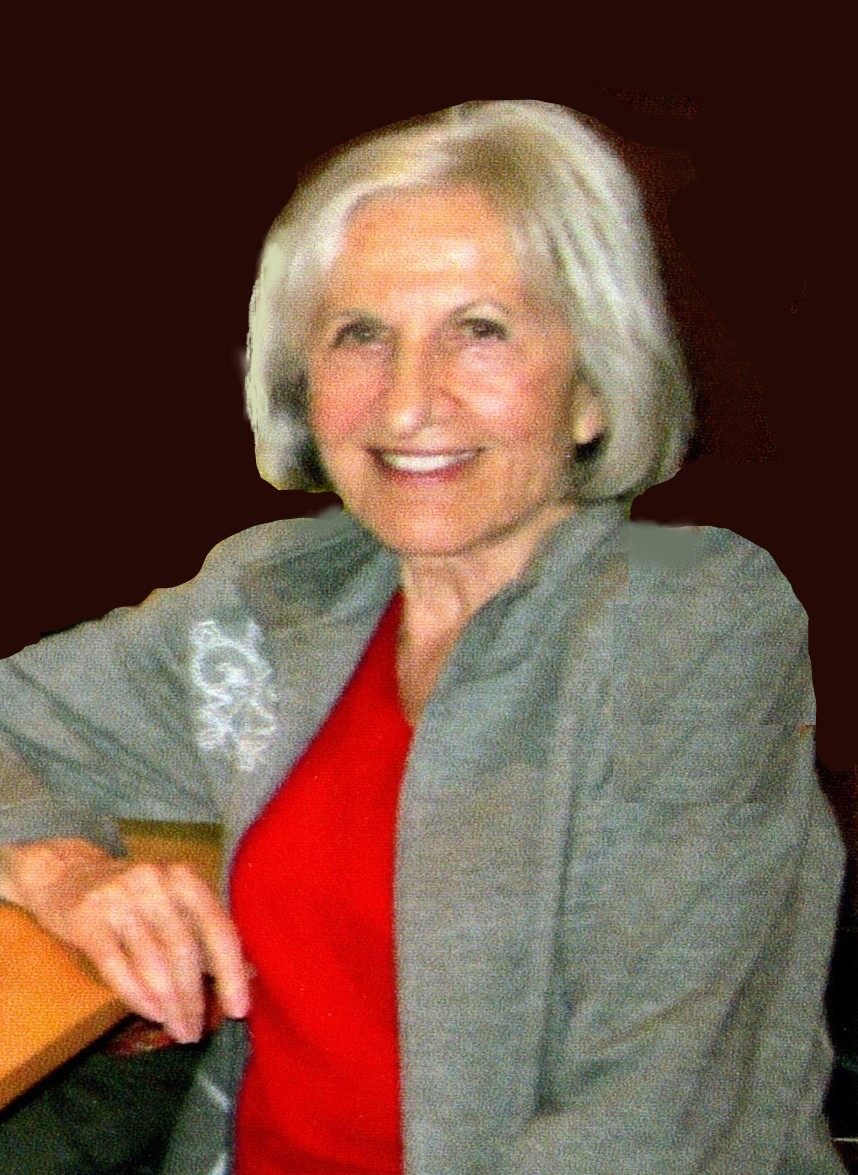 “Elsie” was born in Myrnam, Alberta on May 6, 1932. When Elsie was 4 years old her father, John Hymonyk, and his full team of horses were struck and killed by lightning coming into their farmyard. She was the youngest of 4 girls, Anne, Mary, Helen and Elesavata. Anne died of a brain tumour when Elsie was around 16. Elsie made up her mind early on that the farm life was not for her! Elsie passed away just short of 90 years and her sister’s are all deceased. She had an absolutely amazing life and travelled the world.

As a young woman she found work in Calgary with Reading and Bates, an offshore
drilling company, as a general office girl. The company’s home base was Houston,
Texas. She was soon being dispatched to remote outposts in Aberdeen Scotland and Great Yarmouth, England and where she got acquainted with the likes of Englebert Humperdinck and Tom Jones. Those young men were perfecting their trade in those outlying ports. She had many stories to tell about all the fun they had in that dark, cold, stormy part of the world in the 1960’s. Her nickname then was “Elsie Harmonica”. She spent time in Germany and Amsterdam, Holland too. She had no professional training but over the years she gained experience and her job evolved into a combination accountant/controller. By the 70’s she was transferred to the Reading and Bates London, England office. London became home base for the rest of her time with the company. She loved, loved, loved London…. but spent much of her time working “foreign”. Reading and Bates dispatched her to set up rig operations in the Middle East, Asia and Africa. She hired and trained administrators for those areas and was responsible to organize the transfer of workers and major equipment overseas and across borders and keep track of expenses etc. Little Elsie had a BIG job! She had to keep it all together in places like Point Noir, Africa and the Congo. She was actually in Iran when the Shaw was deposed in 1978. Her male counterparts nicknamed her “True Grit”. She learned to drink Scotch and she smoked. She said she got along well with the senior associates wives too. She thought that was an important element in her success with Reading and Bates. She told me she only got a “bug” once in Africa that required medication when she got back to London. She was on the road most of her of life and visited some dark and politically unstable places but she absolutely partook of the finest wine, food, theatre, travel and fashion London had to offer whenever she had the opportunity. Paul McCartney had an office in the same building in Hyde Park as Reading and Bates in those days. One day after they rode down the elevator together he told his driver to take Elsie to her dental appointment and he walked to his own appointment.

Harold was acquainted with Elsie from birth. Harold mother Margaret and Elsie
were girlfriends. Elsie used to blow into Alberta once a year or so to visit her old
Mom and sister Helen. Helen was married to Harold’s Uncle Nick who was
Margaret’s half brother. From a boy, Harold told Elsie that someday he was going to go to London and visit her. Us Alberta hillbillies…Harold and I, just lucked out that she happened to be in residence in London in 1979 when we went on our first European Contiki adventure. She took us out to a local pub for supper. After that trip we almost always managed a get together when she came through Edmonton. Elsie opened up a whole new world to Harold and me. She was an inspiration to us all of our lives and we are grateful to her for the standards she set.

She retired, at the age of 55, back to her Horizon condo in Edmonton…in 1987. She
had bought that condo in the early 1980’s while still working overseas. She handled her money well and was meticulous about keeping accounts. When she retired she moved back to Edmonton and remodelled her new condo to magazine style and quality…black, white and red. It was fantastic. Black, white and red were her signature colours. Much later Harold and I had to change out a bedroom carpet due to an insurance claim. The flooring store told me I could pick anything in the store because they did not have anything in that quality. I know that she had it specially delivered from Vancouver and it was a black/white small check pattern 100% wool industrial grade. After she retired she continued to fulfil odd offshore contracts with Reading and Bates for probably five years. During that time she flew Concorde jet from New York City to South America. She kept in contact with her Reading and Bates associates for many years after retirement. She attended many of their children’s weddings as a special guest and was flown places like Oklahoma, Texas or Lake Tahoe for holidays fairly often. She always needed an excellent wardrobe and appropriate gifts for the family! She was always super stylish and studied Vogue magazine for the latest trends. In her early retirement years she continued to travel on her own or with a friend sometimes. She wintered in the Cook Islands, Hawaii, Australia, Mexico or Bali over several years. She went to Argentina to visit the Bradley clan several times. He was one of the other administrators who worked “foreign”. She adopted a healthier lifestyle in her 70’s. She never had a car so she walked everywhere. She diagnosed herself as celiac in that period and cut out dairy as well. She reduced her alcohol intake too. She was fit and strong. She had tickets to all the shows that came through town and season tickets at the Citadel and the Mayfield Dinner Theatre for years. We were invited many times to attend. It was always a grand affair. Her friend Leigh came from London to visit her in the 1990’s. They took the train from Edmonton to Vancouver…. first class of course. She said they drank the train dry of white wine! We hosted a dinner for her and Leigh and a few other friends at our Rossdale home. A lot of wine was consumed. For her 77th birthday we walked into Skoki Lodge with her…. That was our gift to her. She got a backpack and trained walking up and down hills in Edmonton with weight in her pack. It is a seven-mile walk in and you have to stay minimum 2 nights. Generally the walk in is uphill and the walk out is down. Toilets are outdoors and the only way to get supplies to the hotel is on foot or by horseback. They serve amazing food and had lovely quilts. The wine selection was small but mighty. She was proud of accomplishing that walk and she loved it! Harold said he never paid so much for a hotel where he had to go to the toilet outside!

Elsie sold her Horizon condo and bought a unit in the new Omega condo around
2005. She got tired of walking up the hill! Some years after her retirement Reading and Bates was sold to another company but whatever negotiations were made with the new company … Elsie continued to get a pension from that company until she died. She lived well. She was retired for 35 years. She really was very healthy all her life. She never spent time in a hospital until her last weeks. She did stretching and weights and really looked after herself. She quit smoking. She was an extremely independent woman all her life. She always said things went very well till about 80. Old age got more difficult in her late 80’s and it was certainly further complicated by Covid 19. She was a very social person and the isolation was hard for her. In her final years she became very interested in the status of MAID, (Medical Assistance in Dying) legislation. She was totally in support of being able to access the “right to die” on her own terms. At Elsie’s request no formal service will be held. We are so very sad that Elsie has passed away but we know that her amazing life and influence is also cause for a celebration…so toast a glass of Chablis… to Elsie! 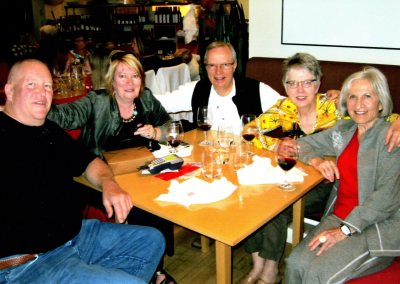 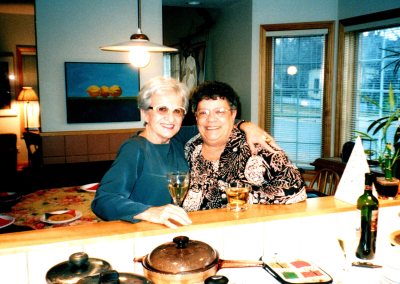