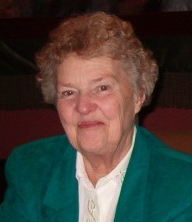 Rhea is the third daughter of Robert and Mary Ash of Viking, Alberta. She was born in the local hospital on November 11, 1934. Her sisters are Dianna Erickson and Ruth Zelinski. Her brothers are Boyd, Robert, and Arthur. They were all born in the dirty thirties just before the second World War. They lived on land titled NW 34-46-14 about 12 miles southwest of Viking where Dad started a homestead in 1906. Rhea went to the Alice Hill school about 3 miles away.

In 1944, the Ash family moved to NE 3-48-13-W4 just two miles from Viking where brother Robert still lives today with his family. Rhea’s family lived in a garage and granary that first summer and moved into the basement for the winter. A big white stucco house was built the following summer. The children all went to Viking School by horse and cart in summer and box sleigh in winter until school bus routes were organized. Rhea was in grade 4 that year and Miss. Annie Hall was her teacher. Mrs. Susie Clark, Mrs. Elsie Merta, Mrs. Gerda Norsdtrom, Miss. Rude and Mr. Scarriet were other teachers she remembers. Mr. Jim Hemphill was the principal when she graduated in 1953.

Rhea enrolled in Education at the University of Alberta and then taught in Alice Hill School for 3 months before being transferred to Bruce. She taught the elementary grades there and lived with Elsie Hrabic in the teacherage by the town pump.

Rhea first saw Dale Jeffrey when she went to visit her sister Diana. Rhea and Dale met and eventually married in Viking United Church in 1956. Dale worked for the County of Beaver, so they moved to Ryley until they formed the Jeffield Construction Co. Ltd, with Ken Field. Then they bought a trailer and moved up north to build roads for several years.

Rhea and Dale’s first son, Allan Dale was born in April 1958 in the Viking Hospital and Sharon Margaret arrived in November 1959. They returned to Holden and Rhea started teaching again until another son Darren Wayne joined their family. Dale worked at Beaver Motors and drove a school bus until he accepted a parts man job in Stettler in 1966. He sold Massey parts for about 17 years at Starling and Innocent Farms Equipment. Gordon Robert arrived in 1969 to make their family complete.

They lived on a farm for a few years before they built their own home by the Stettler Hospital where they settled down to raise their four children. The kids joined many activities: girl guides, boy scouts, hockey, volleyball, baseball etc. until each one graduated and left the nest for higher education.

Rhea eventually moved to Red Deer and worked at Sears shoe department until her retirement. Following her retirement however her health declined, and she was moved to Edmonton to be close to family. Her final years were spent at Venta Care Center where she was lovingly cared for by the staff with family attending frequently. She was often heard singing ‘show me the way to go home’ and would declare “Lord take me home!” Her wish was granted on December 6, 2021. 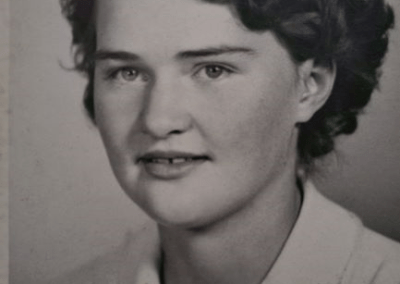 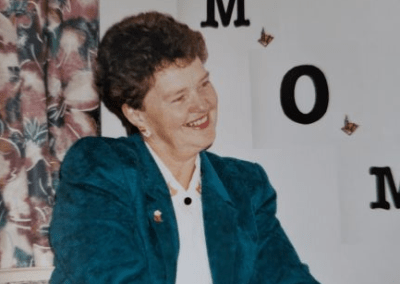 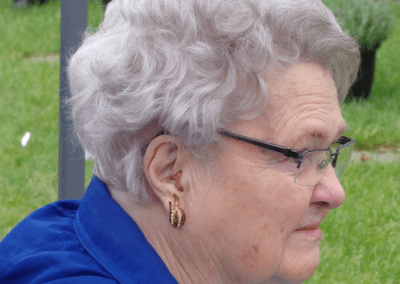 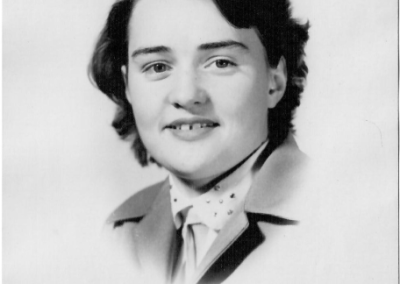 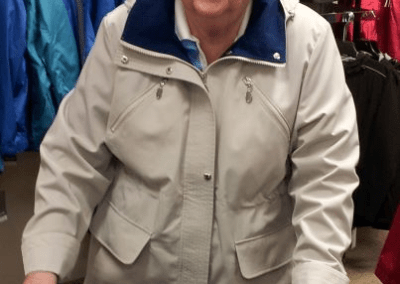