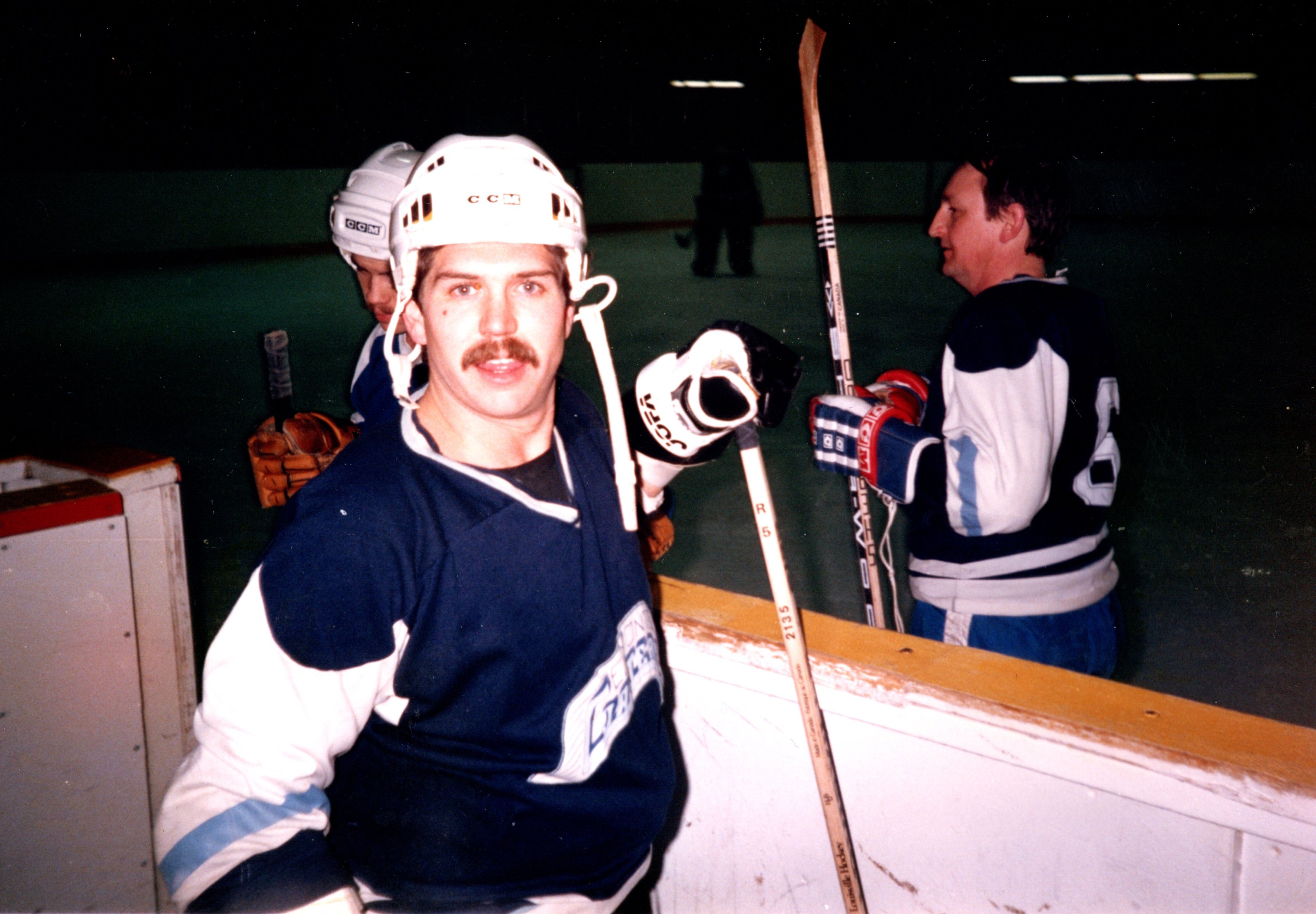 Since the day of his birth Michael was known as Mickey. He spent most of his young life moving from small town to small town while his dad worked for the dairy companies. Mickey lived in places like Turner Valley, New Sarepta, Evansburg and all the way to Holyrood in Edmonton (or as he thought, Hollywood) He spent a good chunk of his life in the “Hole” also called Cloverdale to the people who did not live there. Mickey had quite a few mishaps from getting his arm stuck in a ringer washer, to impaling his finger with a sewing needle which happened to be attached to a sewing machine.

He spent a lot of time on Connors Hill. Sometimes on a bike that lost its front tire while holding a bag of cat litter to trying to ride a baby buggy down it only to dislocate his elbow. Mickey spent most of his life as the man of the house. While his mom worked, he took care of his little brother Sean and little sister Jennifer. He wasn’t always the kindest big brother, especially when it came to Jennifer’s Kathy Quick Curl. He always denied cutting off her hair and throwing darts at her but ended the conversation with a wink. Mickey also used to get annoyed when he had to bring his brother Sean wherever he went. A few times it left little Sean with broken bones. One time, Mickey tried to pedal his bike with his brother on it and it would not move only for Mickey to realize his little brother’s ankle was stuck in the spokes. Mickey ended up running home leaving his brother in the middle of the road only to claim that he had accidently killed him. As a child, Mickey was a part of the cub scouts even keeping his little uniform to this day. He also took accordion lessons. We have never heard him play accordion so we will have to take his word on this.

As a teen, Mickey enjoyed football, hockey and just creating chaos outside. He played shinny hockey in the community outdoor rinks, tetherball with Joey Moss and made Sean run from light pole to light pole when he got too annoying.  This gave Mickey and his friend, Les, time to smoke a cigarette (they would share a pack, lasting well over a week).  At the age of 16 his mom, sister and brother moved to Victoria, BC. This left Mickey all alone in Edmonton. He started his first year of solo life in a basement apartment with his mom’s friend Suzanne. They lived together while Mickey attended grade 11 at Bonnie Doon High school. There he continued to play football until a series of injuries which lead to a diagnosis of chronic arthritis before 25. In high school, he created many life-long friends which included Roy, Sharon, Les, Terry, Leigh-Ann, Karen, Brett, Jack and Jim, just to name a few. In grade 12 Mickey was now living alone on Whyte Avenue his apartment becoming the high school party house.  Mickey graduated from Bonnie Doon in 1976, although he did become a grade 13er. Based on dad’s year books, Mickey was the guy every girl went to when they had boyfriend troubles, and everyone was his friend. He also had amazing hair a, ll through high school. I’m positive he made every girl jealous. After high school, Mickey enjoyed playing slow pitch with the Clubbers while also enjoy a Club beer, or two. He played hockey with the Coasters making many more friends along the way. Once a year his team would rent the Coliseum where the Edmonton Oilers played, and this was one of Mickey’s hockey highlights.

Mickey worked in many different roles over his 62 years. His first job was working at the Sheraton Bar and Caravan Cabaret cleaning glasses where he was not allowed to come out from behind the curtain because he was only 16. Many a night he would come home with Edmonton Eskimos autographs.  At 18 he started work as a janitor at Woodward’s getting this job through his friend Roy’s dad. He had the great privilege to work during the 1978 commonwealth games.  After the games were over, he stayed on at the Prince of Wales Armory being security for the housing equipment and other assets of the games. He was even so lucky to meet the Queen! In 1979, Mickey started working for a smelting plant with his friend, Les. One day on the job, while they were working together, there was an incident with  sheet metal which took off the tip of Les Mclean’s finger in the process, only for the shop dog to think it was a toy to play with.  In 1980 Mickey started working at Lyons United as an office clerk. In 1982 he began working for Canadian Tire as a warehouse forklift driver. He somehow managed to spill an entire pallet of paint because apparently the top shelf is where it belonged (on the instructions of his boss).

His career took a funny turn when he started working for the United Church book room until 1998. He was on a first name basis with many of the church’s ministers, going to men conferences in Banff, taking his family along. In 1999 is when our dad found his real passion. People. He had short stints delivering the newspaper and working at a gas station, but he truly found a job he loved driving a school bus.  He drove thousands of students across the Edmonton Public, Catholic and Francophone school boards. He won several awards over the years for bus driver of the year and even was a part of 2 commercials for Red Arrow bus company.  Both Meaghan and Alyssa starred as students. He was loved by many of the children he drove on the bus, leaving a lasting impact on them to this day.  Dad seemed to make friends wherever he went, he had an incredibly infectious personality and smile. He became friends with fellow bus drivers, including Ron and Mike Allen and a lifelong friendship with Penny, who worked in the bus office. This led him to his career as a personal driver for senior citizens. He became fast friends with Wendy, while helping in the main office and training other drivers. We always joked that he was not much younger than the people using the services. This let him talk to people, which he loved to do, he also enjoyed driving and being able to drink his Tim Hortons large triple sugar coffee. If you ever needed to know where a Tim Hortons was, he knew.  Through his work, he was able to reconnect with some old high school friends either by working with them or driving their parents. Mickey truly had a way with people that many of us wish we had. In 2018, Mickey took an early semi-retirement, driving the occasional person around but mostly just cramping Cheryl’s retirement.

​Mickey met Cheryl Anne Carlson in 1982, while on a double date with one of his hockey teammates whose was dating Cheryl’s friend.  They became engaged and planned on marrying in 1985 but waited until August 23, 1986 as 1985 was a popular year to get married (11 weddings).  During their early years of marriage, they enjoyed the child free life.   Mickey with his hockey and slo-pitch and Cheryl with her soccer and ball hockey.  They played in numerous tournaments which usually resulted in enjoying an occasional beverage or two.  The year the Oilers won their first Stanley cup, Mickey had a chance at 10th row tickets to watch the final game.  However, he had to drive a van full of Cheryl’s soccer team to Kelowna for a tournament. His sister-in-law, Val, and her husband, Pat, were the lucky recipients of the tickets.  Summer vacations involved yearly trips to Victoria to visit with Mickey’s extended family.  They enjoyed trips to the ocean, various lakes and drives up the island.

On March 30, 1992, Mickey and Cheryl welcomed their first daughter, Meaghan. She enjoyed four years of being an only child before Alyssa was born on August 11, 1996.  Life with two girls was crazy, fun but extremely wonderful. Mickey continued to be a supporter for his children in their many sports and activities. While driving the school bus, Mickey was also a stay-at-home dad.  While Meaghan was in school, Alyssa would travel with Mickey on the bus, usually sleeping the whole time to the disappointment of the students. Between runs, Mickey and Penny would hang out with Alyssa and Penny’s daughter Sam, who was the same age.  The girls would play under the table and the adults enjoyed their coffee.  Mickey drove charters for the girls’ field trips so he could stay involved in their school life.  Other charters included the Grizzlies Football team where he became an honorary team member as he was their lucky charm.  The year he drove for them they went undefeated.  Every June he pulled all-nighters for high school safe grads.

Mickey had a four-legged best friend named Zeus.  Zeus was his shadow, going everywhere with Mickey.  When Mickey took him for a “walk” they would drive to Tim Hortons and go and visit with Penny’s dogs.

In August of 2014, Mickey said a sad farewell as Meaghan moved north for love, to La Crete, Alberta. She married Terry in July 2015 in Edmonton.  Mickey became proud Papa Mickey on August 27, 2017 when Meaghan gave birth to Olivia Rose. With great sadness, Mickey said goodbye to Meaghan’s child and his grandson, Benjamin Cael, who was stillborn on September 27, 2018. Alice Wilder followed on February 28, 2020 much to Mickey’s delight.

​Alyssa attended Grant MacEwan University and graduated in 2019.  Mickey and Cheryl were immensely proud to watch her walk across the stage.  She now works in a doctor’s office as a medical assistant.  In fact, she took her Auntie Val’s job.  She is enjoying her new venture.

Mickey dealt with several medical issues in his life. As a young man he had arthritis in his hip.  At 35, he underwent a pelvic osteotomy to keep his hip from dislocating and in 2010 he had a total hip replacement.  In 2008, after weeks of suffering from migraine like headaches, he was diagnosed with bacterial meningitis in his brain.  He underwent surgery and he thankfully survived.  He was left with a scar that he hid to this day under a full head of hair.

At the end of November 2020, Mickey complained of stomach pains.  After going to the doctor and enduring a battery of tests (blood work, ultrasound, cat scan, liver biopsy and paracentesis) he deteriorated to the point where he was admitted to the University Hospital on the evening of January 5, 2021.  Early in the morning on January 7, he was transferred to comfort care where Cheryl, Meaghan and Alyssa joined him, along with his sister, Jennifer on FaceTime for his final hours.  His cancer had spread from his pancreas and consumed his liver.  He passed away peacefully in his sleep at 5:08 a.m. on January 7.

Mickey will be greatly missed by his family, friends and especially his dog, Zeus. 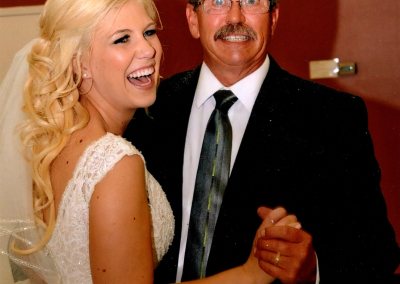 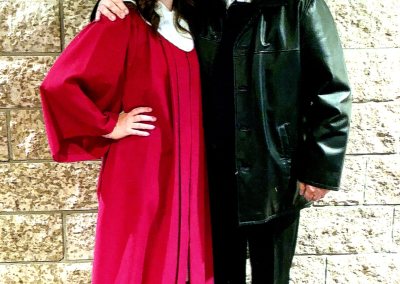 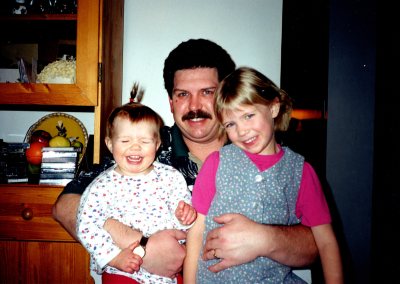 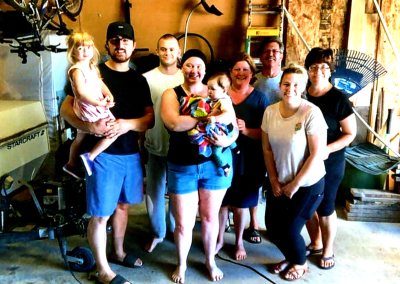 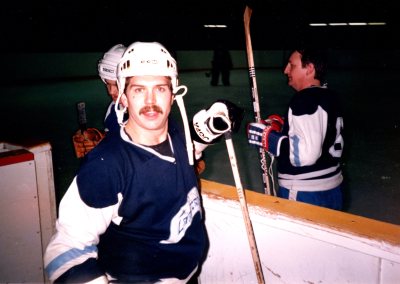