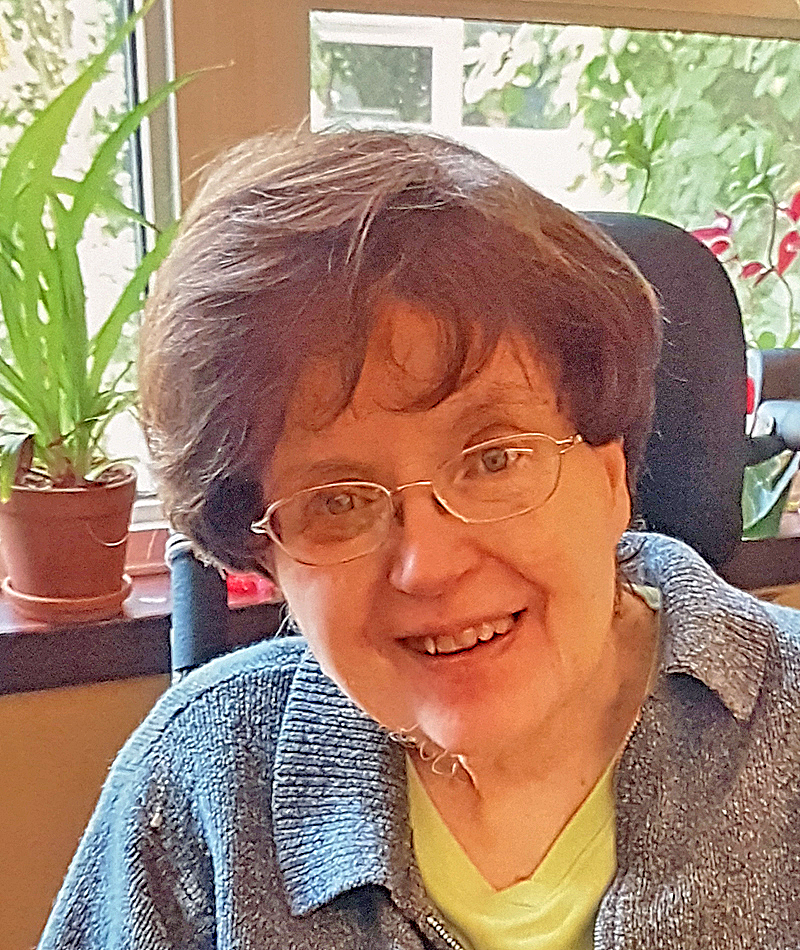 Peacefully, with family by her side, Norma Sandercock passed away at the age of 71 years.  Norma is lovingly remembered by husband of nearly 50 years, Don, their children: Ryan (Melanie) and Dean, two grandchildren: Bryant and Madysen.

Norma was predeceased by her parents Jack and Stella Eyre and her Aunt Winnifred Richards.

As per Norma’s wishes, cremation has taken place and the family is planning a private, intimate celebration of Norma’s life.

As long as hearts remember

As long as hearts still care

Weep not for me, though I am gone

Into that gentle night grieve if you will, but not for long

Upon my soul’s sweet flight, I am at peace

My soul is at rest, there is no need for tears

For with your love, I was so blessed for all those many years

There is no pain, I suffer not

The fear now, all is gone

Put now these things out of your thoughts, in your memory I live on Remember not, my fight for breath

Remember not, the strife

Please do not dwell upon my death

But celebrate my life

Norma was truly blessed with family, relatives, and many dear friends.

Norma Irene Eyre was born as the only child to Stella and Jack Eyre on December 16, 1949 at the Royal Alexandra Hospital in Edmonton. It was during the times when Edmonton had a population 137,500 citizens, and when Klondike Day was celebrated by dressing up for fun walking up and down the city’s main wooden walkways on a Sunday afternoon promenade.

Tragedy struck in the summer of 1967 when Norma’s father passed away at the age of 61 with a heart attack as they were in the middle of moving residences from Inglewood to Lauderdale communities in Edmonton. Norma and her mother persevered.

​She continued her studies at the University of Alberta graduating as a dental hygienist in 1969 and then immediately starting her dental hygiene career with Dr. Blackwood.

Tragedy struck again in the fall of 1969 when Norma was diagnosed with a malignant brain tumor. During surgery the extracted tumor was found to be encapsulated and had not spread. Convalescing with cobalt radiation treatments, Norma was able to return to her work in the spring of 1970.

A recollection by Don Sandercock who Norma knew from Ross Sheppard High School calling her for a date.  Norma declined as she already had a date planned for the weekend.  It turned out she had three offers for a date that weekend.  The first was cancelled by suitor #1 because of the sudden death of his father. The second was cancelled by suitor #2 because he had an emergency family matter.  She complained to her mother that she had three date options and now she did not have any. Many hours later, after coaxing by her mother saying ‘Norma you know Don from high school’.  Norma called by back and asked if the offer for date was still available and guess what it was.

The connection between Don and Norma was immediate. Don proposed marriage to Norma on July 12, 1970 which she lovingly accepted.

Unknown to Don, the proposal was made on the date of Norma’s mother Stella’s 57th birthday. It was agreed that the marriage would be scheduled for the spring in 1971. Everyone was very happy.

During the summer of 1970, Stella wanted to move away from Lauderdale because of the proximity of the noise from the train marshalling yard. A new house was found in North Glenora in Edmonton and would be Stella’s home for the next thirty years.  Norma and Don would join living in the new house for the next three years.

On June 5, 1971, Norma and Don were married at the McDougall United Church in downtown Edmonton. It rained on the wedding day which is good luck because it signifies that the marriage will last. And it did having been married two months short of 50 years .

In 1973, Norma and Don moved to Calgary where Don had secured a job in land surveying and Norma also acquired a dental hygiene position. They returned to Edmonton in 1974 when Don procured a job as a construction manager with a construction company.  Don and Norma temporarily moved into an apartment building while looking for a house.

In the fall of 1974, Norma and Don purchased a house in North Glenora located four houses down the street from Stella. What luck.

Norma and Don settled down to raise their family.

In the 1980’ the economy took a severe decline. Don and Norma lost their house due to lack of work. They moved to a rented townhouse and found enough work to keep the family together.  Looking back, the decline helped the family come together from the madness happening around them.

Following work opportunities, Norma and Don with family in hand returned to Calgary in 1982 and then to Burnaby, BC in 1983.  It turned out to be a great adventure for everyone providing memories for the whole family.

In the fall of 1983, the family returned to live in St Albert temporarily settling in a rental townhouse. By the summer of 1984, Norma and Don purchased a house and over the next sixteen years with the family rooted now rooted into the community and the boys completing their schooling.  Norma became the matriarch of the family while Don commuted to the Northwest Territories for the next thirteen years with contract work.

Norma’s mother Stella in 1999 turned 86 years old and was still living in her home in North Glenora.  Norma wanted her mother to join our family rather than go to a group home.  In 2000, Stella joined our family at a new home that would give her own private suite with a lovely sunny walkout basement.  Norma was able to visit her mother downstairs every day, go on weekly shopping sprees with her, attending St Albert United Church services, and join in several trips to Regina, SK visiting Don’s relatives.

When Stella passing in 2006 at the age of 92 years and with the boys now out living on their own, Norma and Don decided to travel and enjoy the sights of the Canadian Maritimes in the fall of 2007.  What a great trip still having good friends from that junket.

In April 2008, Norma diagnosed with serious compressed back vertebrae.

She had surgery to fit metal pins to bridge the compressed disc.  Norma spent the next three months at Capital Care Grandview subacute facility in Edmonton convalescing and learning to walk again.

When Norma returned home, she continued her recuperation with help from Alberta Health homecare services.

In the spring of 2009, it was decided to sell the house and move into the Governors Hill condominium in St Albert.

Norma continued to have morning and evening homecare services in the condominium.  An assistant was hired to help Norma with her walking exercises. In 2013, Norma started to show notable symptoms of dementia where she could not maintain her body balance.

Norma’s dementia was starting to severely affect her swallowing ability.

Early morning Saturday, April 3, 2021, Norma passed away with Don by her side. 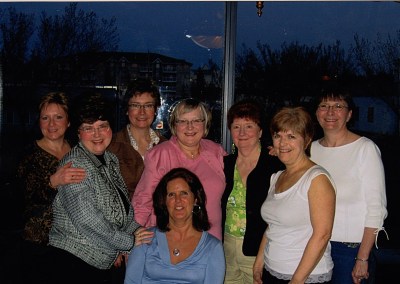 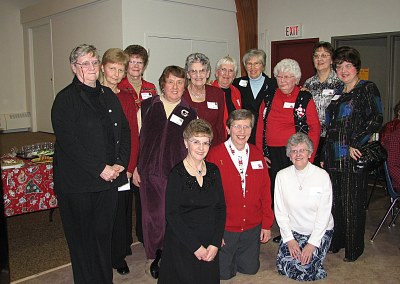 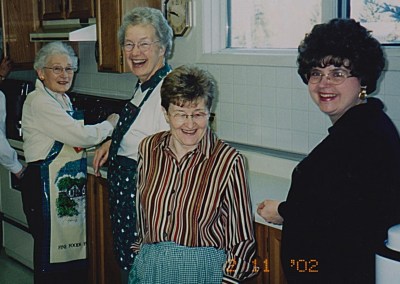 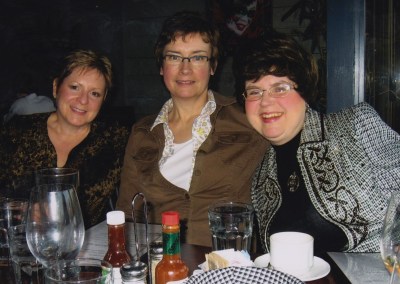 In Loving Memory of Norma

So sorry to here of Normas passing. My condolences to Don and family.

I was saddened to read in today’s St. Albert Gazette that Norma had passed away.  Please accept my sincere condolences to you and your family.

So sad to hear of Norma’s passing.

I was lucky to know Norma Through UCW, such a joy & always willing to lend a hand, also through exercise class & get togethers for celebrations. Norma always had a smile on her face & was quick with her dry wit. May she RIP with her loving God.

Our bus trip with Don and Norma to the East Coast in 2007 was the beginning of our friendship outside of church.

It was announced at church that our friends, Peter and Mary, were hosting that bus tour and it took Norma and I various conversations as how Norma would convince Don that this would be a wonderful adventure and it was! The 4 of us were always the last on the bus!

When Norma was at the Citadel I didn’t dare visit her without bringing a few fresh flowers each time as she wouldn’t allow the nursing staff to discard the faded ones as Shannon would do that!

Our visits were always full of laughter and sometimes, as I told Don, I wanted to ask Norma if she could talk about other things besides Don! Their life was full of devotion and love for each other.

Our friendship with Norma and Don has been a blessing.