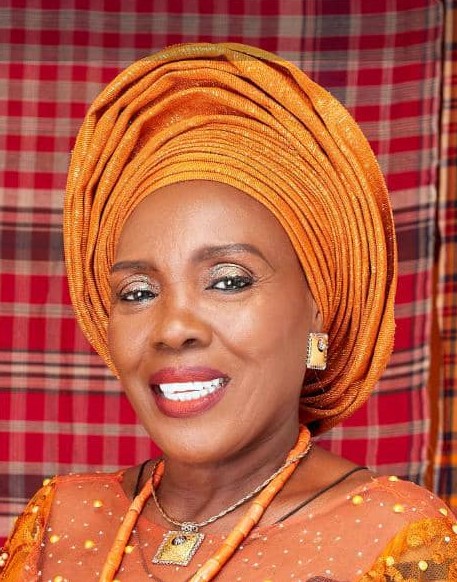 Bar Felicia Obehi Otaigbe was born in Ogoja Cross river on the 31st Oct 1955 to the family of Mr Thomas and Mrs Iwaomo Ohomele.

Her parents had 7 children, 2 boys and 5 girls. She was fondly called “Baby” being the last of the 7 children.

Due to the nature of her father’s job she attended different primary schools some were Ezorti and Uvbi primary schools in Benin city at separate times. While in primary school her father passed on but that didn’t deter her, She proceeded to St Maria Goretti Girls Grammar school, Benin City in 1969 to 1973, after her secondary school education she proceeded to Auchi Polytechnic Auchi where she studied Secretariat Studies got an OND, she wrote some Pitman Exams making her a professional secretary this paved way for her to get a BSc in Stenography from the university of Benin.

She got married to Mr Samuel A. Otaigbe in 1978, together they had 4 children, in 1989 tragedy struck, she lost her Son Gabriel Otaigbe and Husband Samuel Otaigbe one month apart. Left with 3 children and a step child, she was determined to maintain a certain standard of living, she ensured her children had the best of education and lacked nothing.

Determined to get the best of life she went back to University of Benin to study law and graduated in 1997 after which she proceeded to Law school, Abuja and Masters in Law from Ambrose Alli University, Ekpoma Edo State 1999.

She had a career in the Civil Service Commission, she served in different capacities in the Local Government (Oredo, Esan West, Owan East, Ovia South East) she also worked in Edo State INEC and Government house as the protocol officer during the Lucky Igbenedion regime. She rose through the ranks and retired as a director of Admin and Gen services, she was appointed 1st Oct 1979 and retired 19th Oct 2015. She left the service with a clean slate and her integrity intact

She was a devout Christian and prayerful, she served God with all her heart, she was a parishioner at St Joseph Catholic Church, due to proximity and her need to attend morning mass she often attended St Gabriel which was closer to her residence. She was a member of the Infant Jesus Society, our Lady of Perpetual help prayer ministry, Catholic Women Organisation, and many more societies in the church.

She was an active member of St Maria Goretti Old Girls association where she served as the Vice President National till she passed. Mummy loved to serve, her passion made her join the Rotary Club, this gave her the opportunity to serve and help internationally by attending conferences and workshops both home and abroad even while in the conference she volunteered to help in different capacities during the course of the conference. Mummy was passionate about the law profession this made her to be actively involved in the NBA Benin branch and FIDA. She was also a member of Jasmine club and Osasenega Clubs.

Bar Otaigbe was a philanthropist, she loved to give, her favourite word “you don’t put money inside pot to cook” she believed in helping. She sponsored seminarians till they became priests, ensured that residents of Joseph house were fed and clothed, the inmates of prisons, orphanages and even the beggars on the streets are not left out.

She loved to explore, dance and anything challenging, she doesn’t take “no or or cannot do it” it was not in her dictionary little wonder how she never gave up when though circumstances met her in the face, she faced it head on with courage and determination.

She absolutely adored her grandchildren. She would say “is this me? God I thank you”

She will be fondly remembered as a devout catholic, an adventurous and funky Grandmother, a caring and loving mother, a supportive sister, a funky and fun loving friend, a  warrior and fighter for the family 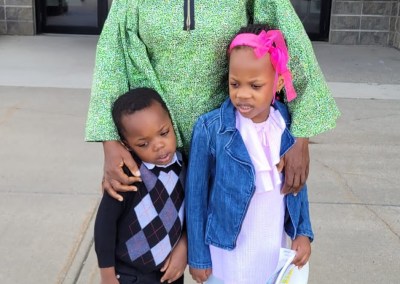 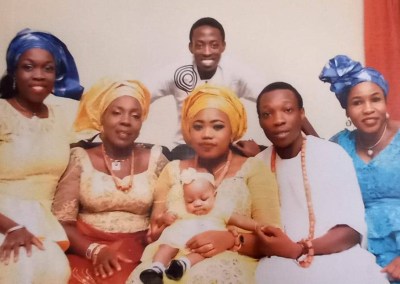 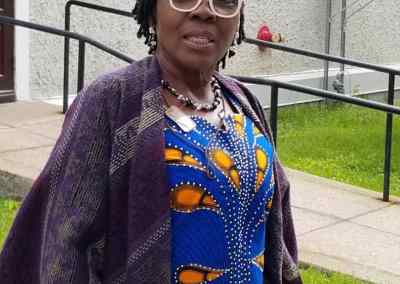