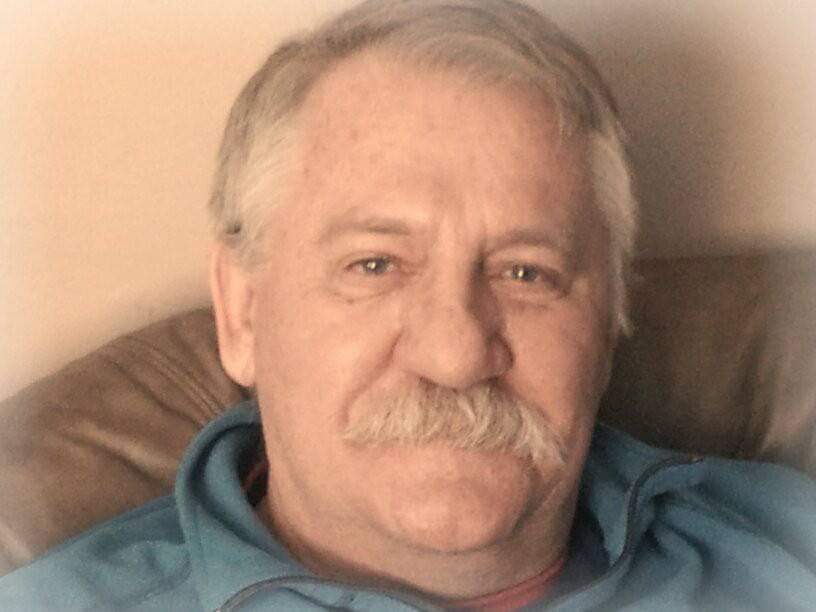 Garry Howard Smith was spending a warm week away at his beloved Skeleton Lake, Alberta cottage with his wife and two grandsons when he passed away suddenly on Tuesday, June 15, 2021.

In his later years, Garry lived a quiet, calm life always surrounded by close family and friends with his wife Kari; his son Cassidy and daughter-in-law Jennifer, his daughter Lindsay, his daughter Carly and his son-in-law Vince. Things would get much louder and wild with the arrival of his grandsons Mason and Magnus, who affectionately called him PAPA.

Other loved ones celebrating his life include his sisters, Ramona (Archie), Patti-Lyn (Angus) and Jackie, his stepbrother Gary (Ellen) his niece, Carla and nephew, Jeff (Tonya).

Garry’s life began in Grande Prairie, Alberta on February 27, 1951 where he was born to Kenneth and Olga Smith.  He was raised in the Macklinville neighbourhood, where his dear grandparents Mary and Alex Sernowski lived less than half a block away. He would often raid their huge garden or park himself unannounced in their kitchen for a giant Ukrainian feast.  He bragged that his Baba, who nicknamed him Garry-Koo, was the best cook. He could easily put back 20 of her delicious home-made perogies in one sitting.  Regularly joining him at the amazing meals here were his favourite Uncles Pete and Mike.

Garry may have been calm and quiet in his later years, but that certainly would not have described his childhood.  He was a prankster, very mischievous, loud and wild like his grandsons would also be.

He is alleged to have tipped over his grandparents out-house as a prank. He purposely set his playhouse on fire.  But he got creative and would prepare for any spankings by padding his backside with comic books. He would become quite the expert party guy later in life, but as a kid he dabbled in making strawberry wine. It’s believed he may have added too much yeast to a can of pureed strawberries which exploded all over his secret bedroom closet brewery. Fortunately, his little sister Ramona was there to help him clean up the mess.  Ramona was a handy little sister in many ways; he would take her dolls and use them for target practice with his rifle. His afterschool job was a “squirrel hunter” where he made Ramona help him skin and sell the pelts.  He’d buy himself fancy clothes with all his hard earned squirrel hunting money. Guess who had to iron all his ruffled shirts covered in tiny buttons? Yup, poor Ramona!

He was rowdy on the hockey rink—earning many blackeyes and losing a front tooth early to hard fought neighbourhood games.  After playing sports and long school days Garry could also be found at Joes Corner Coffee Shop. His mom was a waitress there. Olga would make sure he was well fed with milkshakes, hamburgers, and french fries every time he visited her at work.

Garry was a dedicated and loyal member of the Queen Scouts, starting early in Cubs where his dad was a scout leader.  A huge highlight and memory for Garry was travelling by train across the country with the scouts to Montreal where he attended Expo ’67 for its Centennial Year.

He graduated high school in the summer of ’69. He stayed in close contact with many of his buddies and classmates and loved returning to Grande Prairie for reunions.

Before he left Grande Prairie, he would meet the love of his life at a hotel cabaret. He always said, when he first saw Kari, he thought she was a movie star. Nonetheless, he was not shy and asked her to dance. A few days later he ran into her on the street when he asked if she remembered him? He remembered her as Claudia from France. He was quickly corrected that she was in fact “ Kari from Norway.”  The two began dating, and were engaged within years. Their nuptials were forced to happen sooner than expected when Kari was faced with immediate deportation.

They moved to Edmonton where Garry went to NAIT to become an Electrician/ Instrument Mechanic.  The couple travelled the world spending three months camping around Europe in a VW Beetle. Garry fell in love with Scandinavia and would visit Kari’s homeland at least 10 times during his life. He was intrigued with the Norwegian culture and picked up the language quickly and always put a good effort in to speak it.

Garry’s first job as an industrial electrician was wiring the electric fences surrounding Edmonton’s maximum-security prison in 1974. He often worked in the oil sands in Fort MacMurray and helped wire Northlands Coliseum before the Oilers 80s dynasty.

Garry and Kari welcomed their first son in 1977. As a huge country and western movie fanatic, Garry was adamant in naming his boy — Cassidy— after Butch Cassidy and the Sundance Kid.  His daughters Lindsay and Carly would arrive in the early 1980s.

He was a very involved and affectionate dad. He raised his kids belting out country and rock classics like Steve Earle, Jethro Tull, The Rolling Stones and The Doors. Good lord!!! Garry and Lindsay would not stop singing. He took his little tribe camping to the Rocky Mountains or British Columbia every summer.  He raised his children using the great outdoors as their church and nature as their religion. He watched all of them play competitive sports, and always yelled at Cassidy to “keep his stick on the ice”.  Art was also very important- he would draw, paint and create fun projects with his three kids. Carly and Cassidy both inherited his incredible art talents.

He worked out of town often as a travelling union electrician, but when he was home he was a committed husband and father.  He eventually stopped work travel and settled down in a permanent position with EPCOR in Edmonton.

He became a grandpa finally when Lindsay had two boys. He was very proud of his grandsons Mason and Magnus. He watched them play hockey, talked on the phone with them regularly and would have them visit for sleepovers quite often. Papa wasn’t too mobile by the time grandkids came around, but that didn’t stop him from having light sabre battles from his armchair or games of connect four. They all loved watching cowboy movies and of course singing together. Papa taught the boys Hank Williams- “Hey Good Looking” to sing to grandma as she would cook.

Garry’s biggest life dream was to build a log cabin on a lakefront property for his family. He was a Pisces. The zodiac sign of the fish. There was no other option for him than to be right on the water.

He and Kari picked out and purchased a lot in the Summer Village of Bondiss, on Old-timers Drive on Skeleton Lake in 1999.  He was taking log home building courses and bringing in massive trucks loaded with logs from BC.

His health would fail him while at the lake with friends one summer day in 2004. He suffered a diabetic stroke and life drastically slowed down. He took an early medical leave/retirement from work and was not able to build the cabin himself— but Kari arranged to have a log cabin built for them.

They continued to spend many relaxing, magical weekends at their cabin— hot summer nights by the water, cold winter evenings by the fire.

Garry had a regimented schedule watching his favourite TV shows. He never missed the News, especially if Lindsay was hosting.

Before he would leave the cabin for home on June 15th-  he insisted to Kari- that he watch, Michael Landon’s, Highway to Heaven, first.

When his angel show finished, it was on Old Timer’s Lane at his cherished lakefront, log cabin that Garry took his final breath.

A hot June day; his wife and his grandsons all by his side.

He didn’t take the regular highway back home that day— instead, he took the Highway to Heaven. 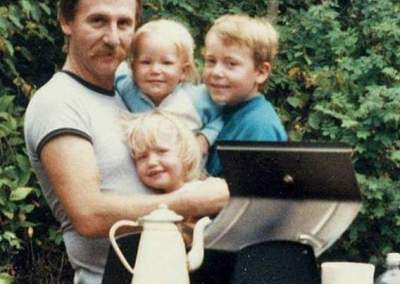 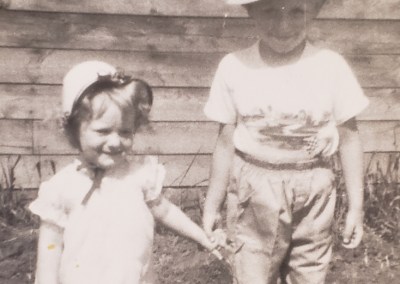 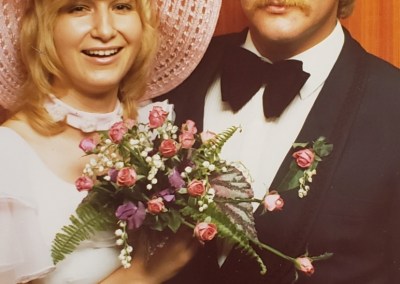 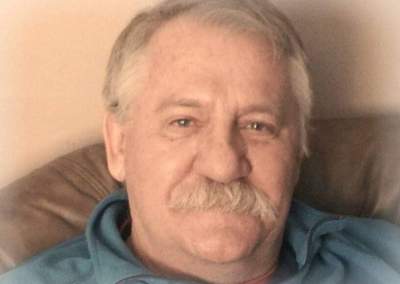 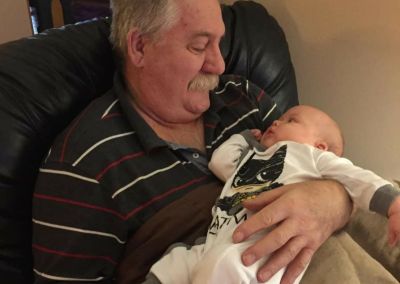 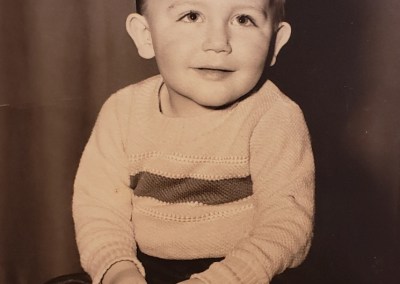 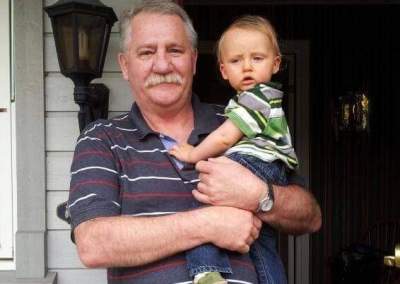 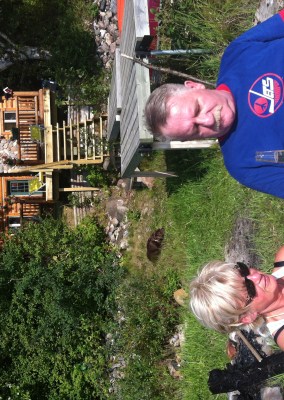 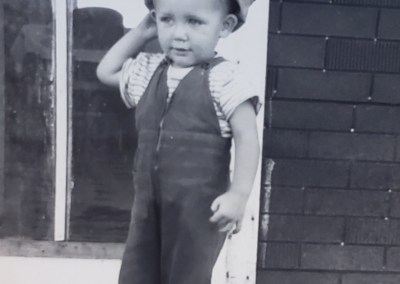 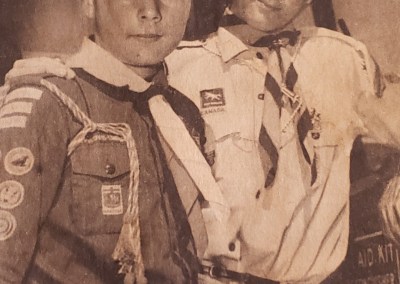 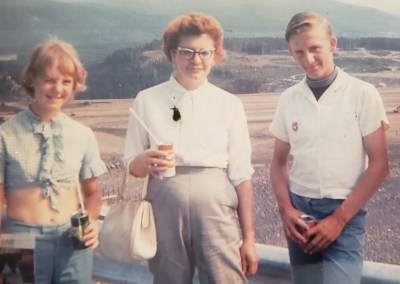 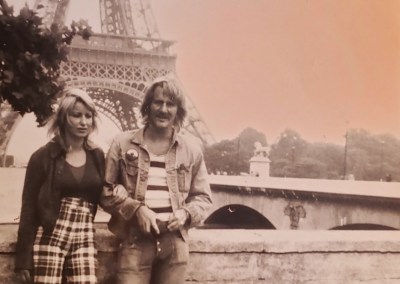