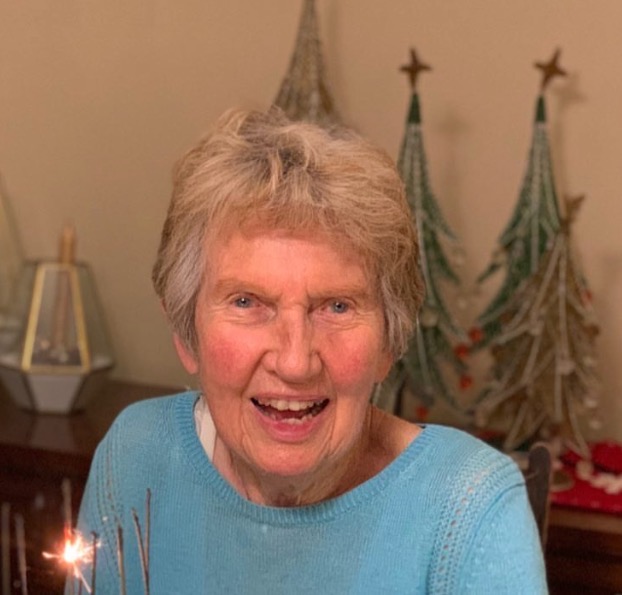 Our beloved Mom, Gram and friend to so many left us peacefully on September 18th with family by her side after a brief illness.  Shirley was the only child of Thomas and Selena Morgan, born on December 12, 1933.  Her parents came to Canada from Wales in 1927 and settled in the beautiful Crowsnest Pass in southern Alberta.  Shirley spent what she would often describe as an idyllic childhood growing up in the Pass.  Her young life was filled with music and she became an accomplished pianist.  She was talented and considered furthering her training as a musician after high school however decided to attend the University of Alberta earning a Bachelor of Science degree in 1955.  She married Bob later that same year and began working as a lab technician supporting Bob as he finished his medical training.  They settled in Edmonton and had three children.  Shirley’s passion for music continued throughout her life as a long-time Edmonton Symphony Orchestra supporter and a founding member of the Vocal Alchemy choir, singing with them as recently as their May 2022 concert.  Shirley loved the outdoors and had an adventurous soul.  She spent time hiking the West Coast Trail and in the mountains with family and friends.  She was an avid runner, participating in races into her 70s.  She very much enjoyed travelling and exploring new places.  Some of her favorite trips were to Wales to visit family, to Austria to perform at an International Choral Festival, and to East Africa where she climbed Mt. Kilimanjaro and saw the mountain gorillas in Rwanda.  She also shared countless memorable vacations with her children and their families.  Shirley always had a special place in her heart for all the four-legged family members.  She was full of energy and a friend to everyone she met but will be remembered above all else for her devotion to her family, first as a Mom to her own children & son-in-law, and later as Gram to her three adoring grandchildren.  They were by far the greatest source of joy in her long, well-lived life.

Shirley is survived by her three children Sherry (Rod) Matheson, Robert Stewart and Shelley Stewart; three grandchildren Derrick Matheson, Aaron Matheson and Morgan Stewart and her cat, Pebbles.  She was predeceased by her parents Thomas (1997) and Selena (2005) Morgan and her husband Robert (2005).

The family would like to thank Lina for her loving, lighthearted care and companionship in recent years and to express our sincere gratitude to the staff and volunteers at the Roozen Family Centre at Pilgrims Hospice for their incredible kindness and compassion over the last weeks.

A Service of Remembrance will be held on Friday, October 7 at 10:30 a.m. at St. Andrew’s United Church (9915-148 St, Edmonton) followed by a reception at Crestwood Community Hall (14325 96 Ave, Edmonton).   In lieu of flowers, donations may be made to the Edmonton Symphony Orchestra or the Pilgrims Hospice Society.