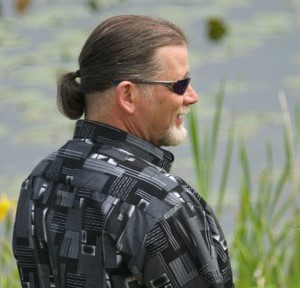 Blaine Lee Webb, 72, passed away on October 31, 2021. Blaine had been seriously ill for the last year of his life.   He fought the good battle before succumbing to his illness.  He will be greatly missed by all who knew him and will never be forgotten.

Blaine was born in Barrhead, Alberta on June 25, 1949.   After completing school in Barrhead he moved to Edmonton, Alberta as a young adult.  He resided there for the rest of his life and worked in a number of careers while he continued to pursue his first love, music.  His virtuosity on his beloved Fender Telecaster Custom guitar was frequently on display in a number of groups he played with in the Edmonton area over the years.

Blaine was preceded in death by his mother, Muriel (nèe Holdstead), and father Stanley and his brothers, Mervin and Arnold and his nephew Stuart Webb.

A private graveside service was conducted.

The family would like to extend a special thank you to the wonderful staff at the Capital Care Dickinsfield who cared for Blaine during the last year of his life and made him comfortable in his final days.

Please visit feel free to share your fond memories of Blaine or to leave an online condolence to those grieving on the loss of Blaine.